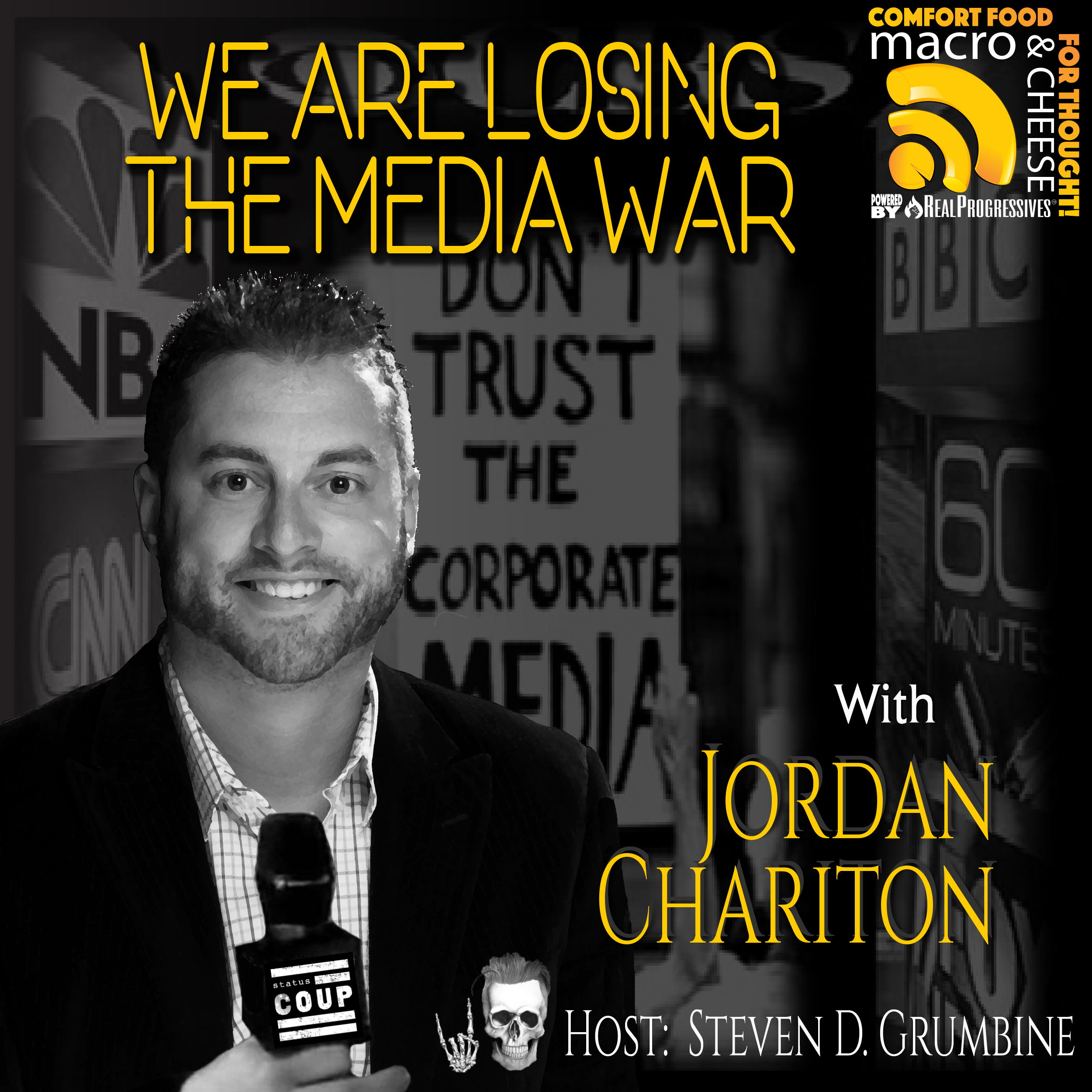 From his days at TYT to his ground-breaking investigative work at Status Coup, Jordan Chariton has been on the front lines of journalism for years. The stories he covers should be plastered all over cable news and the national publications… but they aren’t. While the mainstream is obsessed with impeachment and a newly-elected Republican who follows QAnon, Jordan has been reporting on the tragedies and travesties being visited upon American communities far from Washington, DC.

From Flint’s poisoned water supply to Iowa’s fraudulent Democratic caucus, what’s notable is the absence of the national press corps. Jordan travels to trailer parks and tent cities where he educates himself and his followers about the day-to-day misery perpetrated on the people.

I'd be seeing what's actually happening in the country, which was just an economic Hunger Games mixed with environmental genocide. And I'd get back to the hotel or wherever I was staying, and the media's main focus would be on whatever Trump tweeted.

Jordan and Steve delve into our current political reality, agreeing it’s increasingly unlikely substantive change will come from the halls of Congress. Steve suggests the progressive movement will need to engage in direct action while organizing legal and mutual aid. In Jordan’s view, targeted public pressure is important. He thinks we should focus on pressuring and dismantling the current corporate media monolith. We need to quell the mass public brainwashing, as well as disseminate the real news to a confused population.

Jordan Chariton, Status Coup CEO, is an independent progressive journalist who’s worked inside and outside the belly of the corporate media beast for over a decade. He has worked at Fox, MSNBC, and The Young Turks, before starting Status Coup. His team’s investigative work is attracting attention and expanding their reach.

and on Snyder’s prior knowledge of Flint
https://theintercept.com/2021/01/13/flint-michigan-rick-snyder-legionnaires/