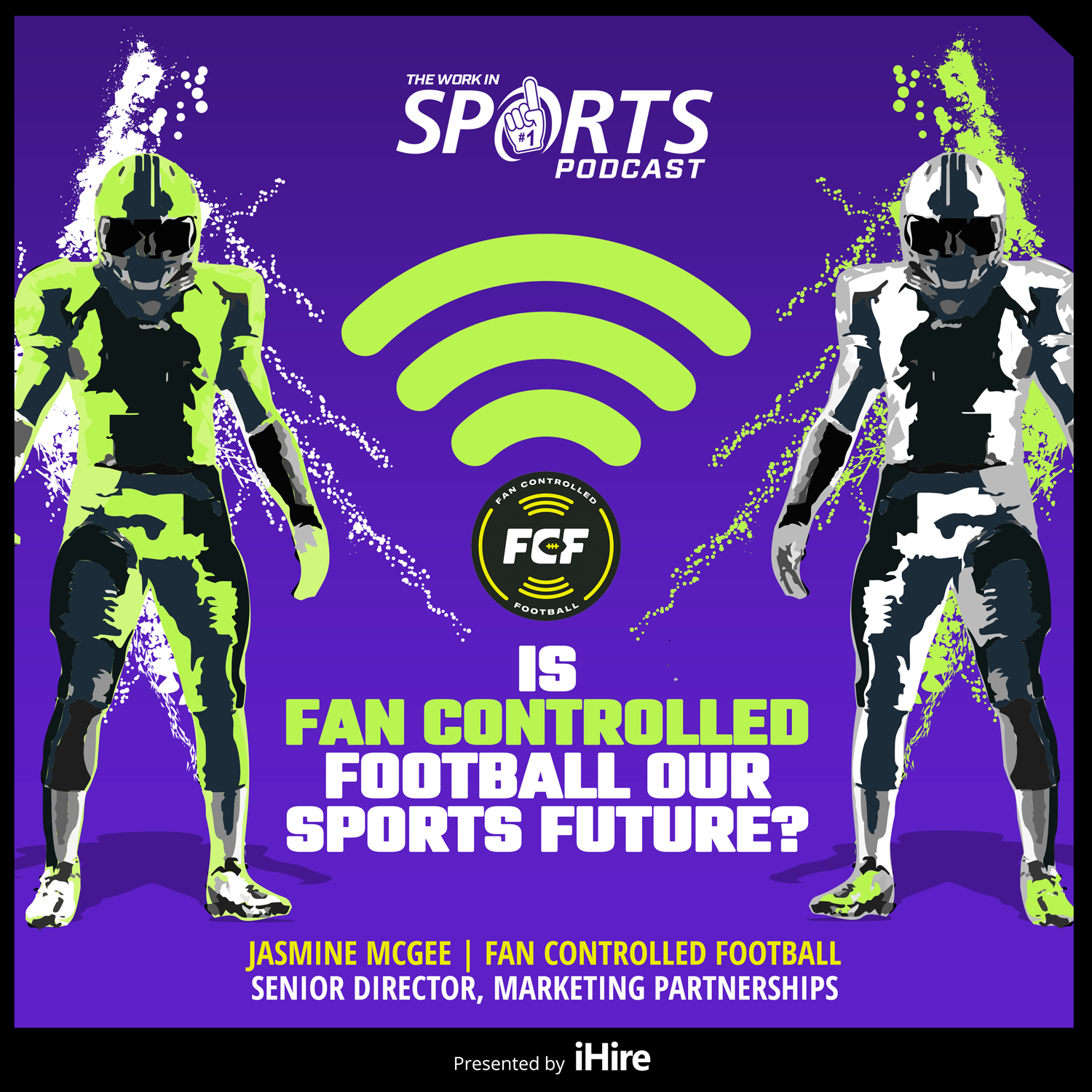 Today’s WorkInSports Podcast guest, Fan Controlled Football’s Senior Director of Marketing Partnerships Jasmine McGee, runs the marketing and sponsorship efforts for a new league that considers itself football for the modern world. The games are an hour long, streamed on Twitch, with no kickers or punters, and played on a 50-yard field at 7-on-7. The hook is that fans call the plays as part of the interactive Twitch experience and you can be a part owner of a team.

To get traction, a business needs financial backing, and Fan Controlled Football has that covered with sponsorships from Wendy’s, Verizon, and Progressive just to name a few. Current and former NFL Players such as Austin Ekeler, Richard Sherman, Dalvin Cook, and Marshawn Lynch have hopped aboard the train as owners to lay a strong foundation.

McGee’s sports marketing efforts have paid dividends. The FCF went from 735,000 viewers on Twitch in its first week to 2.1 million in the playoffs. It also got something the XFL and AAF did not, a second season. “FCF Season v.2.0” will begin in Spring 2022 after the Super Bowl. The four-team league is expanding to eight and they announced a broadcast deal with NBCUniversal’s NBCLX and Peacock to broadcast every game of the season.