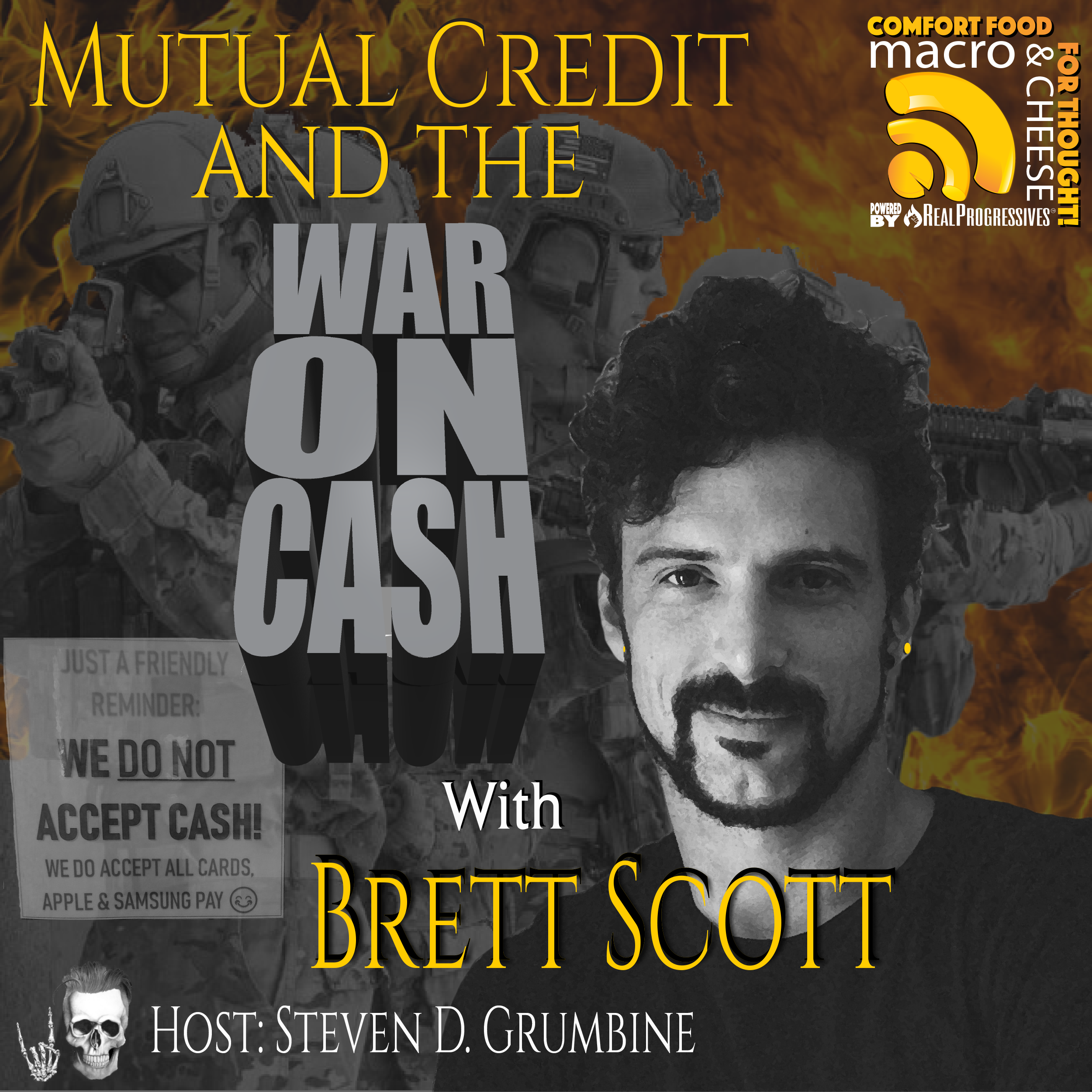 This week Brett Scott brings us a report from the war zone. He’s based in the UK but the war on cash serves the same global interests and employs the same sort of weapons in the US. The interview begins with Steve asking about the role of COVID19. Brett tells of the huge British supermarkets, at the start of the pandemic, blasting the message that cash is dangerous; warning that passing cash from hand to hand is likely to carry the virus along with it. The CDC as well as major financial institutions have published that there is evidence to the contrary. They say, in fact, that credit cards and pin pads are far more likely to transmit the coronavirus. But the message persists: cash is dirty.

The mainstream narrative has it that the move to a digital economy is happening organically, from the bottom up. As if people are simply drifting away from cash and migrating towards digital payment systems. In reality the opposite is true. You could say the war on cash is a war on class, from the top down. Working-class and poor communities are highly suspicious of banks and digital finance. Once you have your dollars in your pocket, nobody has to know what you do with it, where you go, how you spend it… which is why the banks hate cash.

Clearly then, the extension of that mainstream bottom-up narrative is also untrue. This is the part bemoaning the fact that certain marginalized communities have been left behind. (“If only we could plug them into digital payment systems, everyone would be on the same level.”) Cash is a public utility. Brett calls it a nonjudgmental form of money in this potentially dystopian brave new world. Without physical forms of money, you’re absorbed into a panopticon banking system which we have reason to mistrust.

It’s not just the finance sector that’s waging war against cash. Huge companies like Facebook need to sell ads. How can they prove to advertisers that the ads are effective if they don’t know what you’re buying? How do they know when they can stop flooding your pages with ads for certain products? Behemoths like Amazon and Uber profit from being automated and efficient. When big tech marries big finance, they seamlessly integrate on a huge scale. This is why they are able to annihilate small businesses and independent operators.

The international aid community has usually handed out cash in disaster areas. It not only helps the refugee or survivor, it typically gets spent in the local community, serving as a boost to the economy. Now they’re moving to digital transfers of funds via prepaid cards. Digital payments are designed for web commerce, not local development.

Brett has spent the past 18 months working on a book that will be published late next year. We expect it to be full of the kind of insights about cash and class he has shared with us today. The book will also look at cryptocurrency (if you’re still unsure about bitcoin, you won’t be after this episode) and another area of Brett’s expertise: alternative monetary systems.

In the rest of the interview, Brett teaches Steve, and the rest of us by extension, about mutual credit systems and ripple credit systems. It’s rare that a guest talks about something that’s completely new to us. We found it exciting and we know our listeners will too.

Brett Scott is a journalist, campaigner, former derivatives broker, and author of The Heretics Guide to Global Finance: Hacking the Future of Money.