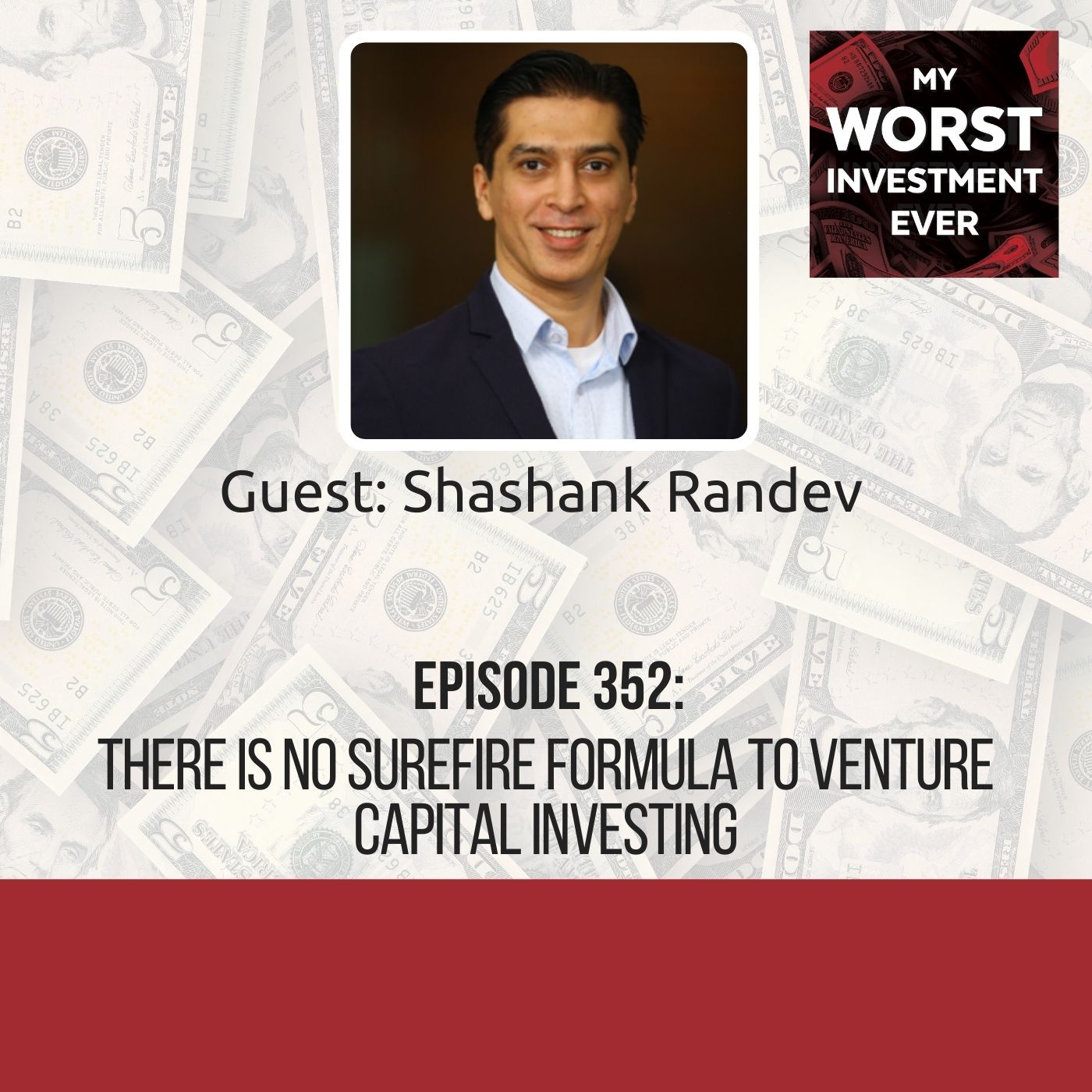 BIO: Shashank Randev has acquired a depth and breadth of experience from working in large companies, being the founding member for a SaaS startup (acquired by a Fortune 500 Company), to an early-stage fund investing in technology-enabled startups.

STORY: Shashank was the lead investor of his angel network and was advocating for a startup looking for funding. They had an impressive conversational artificial intelligence assistant for retailers. Their one problem, though; they didn’t have proof of concept. Shashank was unable to convince the founders to work on proof of concept, so he pulled his support. A year later, the startup was acquired by a huge company. Had Shashank not pulled out, he would have made 7x of his investment in the acquisition.

LEARNING: Identify your buyer even before you create your product. Have different perspectives when evaluating an early-stage startup.

“You cannot possibly have one set of perspectives when looking at an early stage company because anything can happen; acquisition can happen at any time.”

Shashank Randev brings entrepreneurial and investment understanding with 15+ years of cross-functional expertise. He has acquired a depth and breadth of experience from working in large companies, being the founding member for a SaaS startup (acquired by a Fortune 500 Company), to an early-stage fund investing in technology-enabled startups.

He is also an Angel Investor and Advisor with a keen interest in B2B emerging technology startups. Additionally, he is a Member at PIOCCI (People of Indian Origin Chamber of Commerce and Industry).

Previously, he was the Founding member and Vice President of VCCEdge, the SaaS data platform by VCCircle (acquired by News Corporation in 2015). He launched the SaaS platform, led revenue, product development, and growth initiatives for close to seven years at VCCEdge. He has also worked with NIIT Ltd. and Zensar Technologies Ltd.

Shashank holds an undergraduate degree in Bachelor of Engineering from Nagpur University and an MBA from International Management Institute (IMI), New Delhi.

Shashank was and still is very interested in conversation in commerce. In 2017, he met this company developing a conversational artificial intelligence (AI) assistant for retailers. The AI assistant could understand a customer’s needs through natural conversation, offer them relevant recommendations, and explain why that may be the best choice. This fascinating AI was a huge opportunity.

The founders of the company had previously built another successful startup that a famous Indian company acquired. So they were second-time founders, which was a colossal tickmark for Shashank.

Advocating for the founders to get funded

In August 2018, Shashank decided to lead the investment through an angel network. As the leader of this transaction, Shashank’s job was to convince all the other angel investors in that network that they should join him in investing in the two founders.

The missing proof of concept

The two founders had a good minimum viable product, but they had not tested it. Shashank kept asking the founders to try implementing the product in a few companies to test it.

But the founders wanted to focus on enhancing their algorithms instead of working on the proof of concept, which is what the network of angel investors wanted. At the end of 2018, after spending five months having multiple conversations, Shashank was not convinced that they would be able to sell their final product.

Giving up on the founders

Eventually, Shashank felt that he was wasting time trying to convince them to give him proof of concept. He also did not want to ruin the relationship he had with the angels in the network should the product fail. So he pulled the plug. Shashank decided not to lead the round, and eventually, that company did not get funded by the angel network.

If only he had been a little patient

Come September 2019, and a large Indian firm acquired the company. The company was so impressed by the hardcore tech product that they could not wait to acquire it.

Keep an open mind when evaluating an early-stage company

You cannot have only one set of perspectives when looking at an early-stage company. Anything can happen. An acquisition can happen at any time.

Identify your buyer even before you create your product

One of the best ways to start up a company is to determine who your buyer is going to be, then mold your core business around that.

Make mistakes early on and move on. If you don’t, you are likely to make a costly mistake later on, which will cost you the venture capital fund. Also, be firm about your thought process when evaluating deals.

Shashank’s number one goal for the next 12 months is to ensure that they reach a portfolio size of 100 startups at 100X.VC because once they have done that, the company will be genuinely solving the seed-stage capital problem and increasing successes.

“If you are aspiring to become an angel investor or an entrepreneur, don’t think too much. Just go ahead and try it out.”