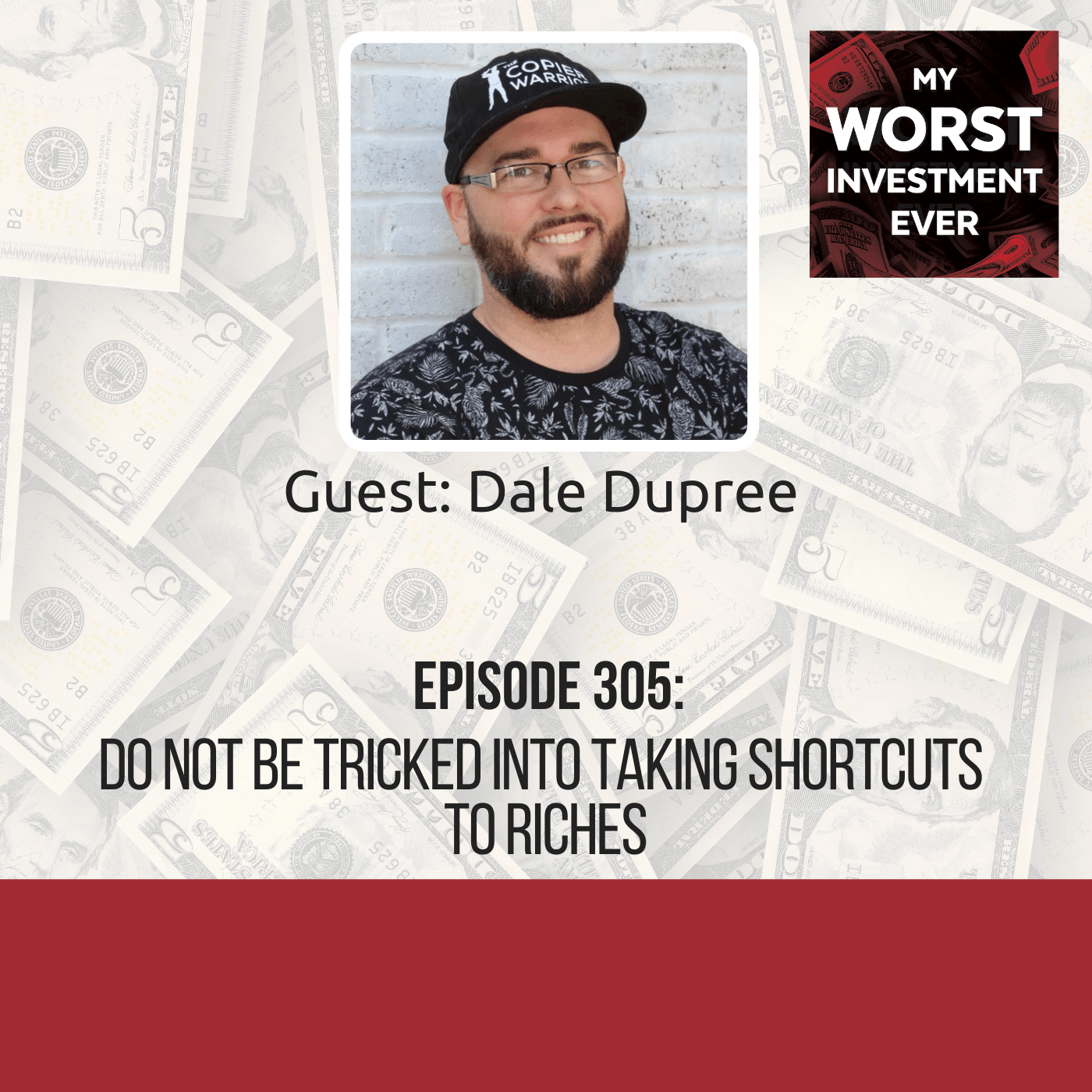 Dale Dupree is leading a sales rebellion against the mediocre ways of the status quo in order to put people over products, community over commissions, experiences over performing a pitch, and fellowship over negotiations.

“If you miss it at 30, and you don’t find it until 60, it’s okay. Being patient with your outcomes is what’s most important instead of trying to force them.”

When Dale was 23 years old, he had ambitions to become a rockstar. He rubbed elbows with big names in the industry, such as Lou Pearlman, a well-known record producer.

Meet the who is who in the music industry

One day, Dale got invited to Pearlman’s mansion for a hangout with the who is who in the industry. He was elated to receive the invite because this was his chance to network with the music industry big wigs.

While at the mansion, Pearlman and other big wigs from Warner Brothers, Sony, and Universal Records did a video presentation of a product similar to Spotify where a user could access any album they wanted at a subsidized rate. Now in 2007, this was huge.

After signing up for the investment, Dale got informed that he had to get 10 of his friends to sign up underneath him, and all their sales would level him up.

Then came the wait for returns. A year later, Dale had made nothing. Two years later, he still had not seen any return on his investment. Eventually, in 2012 the scheme was shut down by the government. Dale never made anything from this investment.

We control our outcomes much better than other people can

Never believe in a scheme that tells you to sit back, relax, and have other people make you money. If you want to be rich, you have to work hard. Do not depend on luck. Making smart, intentional decisions and being very aware of what you are doing will create the wealth you desire, not joining pyramid schemes.

Know the difference between multi-level marketing and Ponzi schemes

There is no legal fast way of making money

It takes time to make money. You have to invest it and let it grow slowly and compound. Do not go looking for shortcuts.

Question the motivation behind every opportunity offered to you

Everybody who is approaching you with an opportunity is doing so from a financial incentive perspective. Nothing wrong with that as it is just business. Whether they are a salesperson, or an entrepreneur selling a dream, they will be motivated by some financial incentive. Understand that incentive so that you can make a better decision. If those incentives are not stated clearly or are hard to figure out, or someone denies that they have some financial incentive, then take that as a warning sign.

There is so much fakeness out there, be very careful about what you perceive to be real. If you cannot touch it, feel it, see it, or believe it, it is not real. Make the right decisions around your wealth, your family, your community, and your legacy.

Dale has developed an app for rebels that do not have 1,000s and 1,000s of dollars to spend on sales training because it is expensive. The app is part of his company’s ministry as a sales organization to help small businesses wanting personal development and growth. Dale’s number one goal for the next 12 months is to launch the first, second, and third iteration of the app.