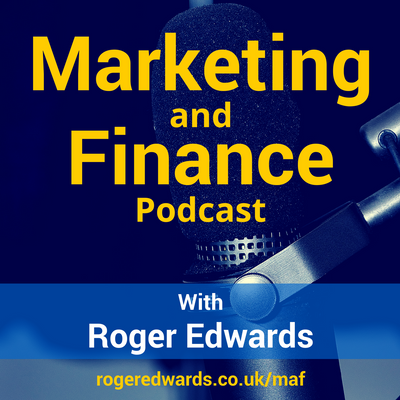 This is the Podcast for providers and advisers looking to share business ideas and inspiration in the world of protection and finance.

Spearheaded by the Income Protection Taskforce, The Seven Families Initiative could be the most important campaign in the history of the protection market.

It could raise awareness and increase interest in income protection, long seen in the industry as “the Cinderella product”. And the stories that will emerge from the initiative could start to heal the industry’s tarnished image with consumers.

In Episode 10 my guest is Peter Le Beau.

Peter talks us through how the Seven Families Initiative came about and its significance for the protection industry.

Hear how you can benefit from the campaign. Listen to what the campaign involves and what activities we’ll see.

Who is Peter Le Beau?

Peter is one of the best known consultants in life and health insurance protection. He began his career at British and European and in 1981 moved to Swiss Re where he was initially Head of Underwriting and later became Head of UK Marketing.

He left in 2001 to set up an independent consultancy, Le Beau Visage, which focuses on differentiation in the Protection sector.

Since starting Le Beau Visage, Peter with Andy Couchman and Kevin Carr run The Protection Review. He has set up a strategic discussion group called The-Net-Work and Income Protection Task Force to promote a greater awareness of the value of the product.

In 2007 Cover Magazine voted Peter the most influential person in the UK protection industry over the previous 10 years and in 2009 he was voted Health Insurance Magazine’s Personality of the Year.

He was awarded the MBE for services to Insurance in June 2009.

For links to the books and apps mentioned by Peter please visit http://rogeredwards.co.uk/mpaf for the show notes.

What is the Marketing Finance and Protection (MPAF) Podcast?

The MPAF Podcast is a 30 minute audio show you download from http://rogeredwards.co.uk/mpaf, iTunes or Stitcher Radio. Each week I’ll be interviewing financial services providers, advisers, experts and journalists.

Interviews to listen to in the car, on the train or on the treadmill.

I’ll be asking what we can do to make protection and finance more accessible to the consumer. We’ll talk about:

as well discussing how advisers can promote their own businesses using modern content and social media methods.

My aim is to make sure that you will get one or two big business ideas that you can apply to you own business, whether it is a sales idea, advice idea, product tweak or simply an app that is worth looking at.

I’m your host, Roger Edwards. A Marketer for 25 years, ex-MD of Bright Grey and Scottish Provident, content and social media champion, I’m now in business to help your business.

Please subscribe to the Podcast on iTunes and I’d be grateful if you would leave a review. http://rogeredwards.co.uk/itunes

Would you be interested in appearing on The MPAF Podcast? Are you working on a new proposition, campaign or a business model you want to talk about? Do you fancy drawing out some inspirational business and marketing ideas that MPAF listeners can take away to use in their own businesses. Do please contact me if you want to get involved. http://rogeredwards.co.uk