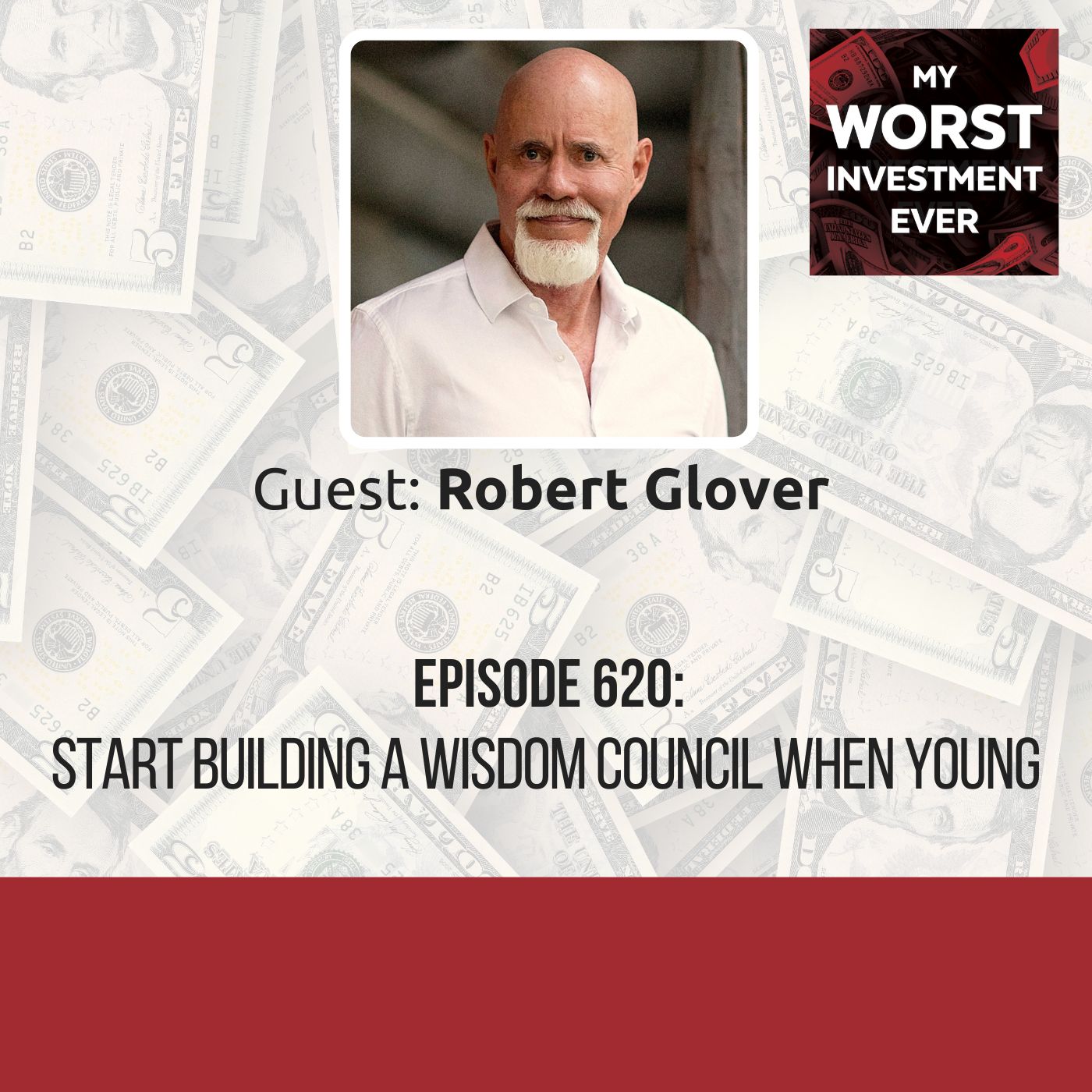 BIO: Dr. Robert Glover, coach, speaker, and educator, is a relationship expert with over 40 years of professional experience.

STORY: Robert went shopping for a pop-up trailer, and when he found one, he bought it before inspecting it thoroughly. His gut told him this was a terrible idea, but he ignored it. The trailer turned out to be useless to him. He sold it off for half what he’d paid for it.

LEARNING: Listen to your intuition. Suffering is also the path to joy. Don’t get too attached to anything.

“Have a wisdom council that you go to when you have to make important decisions.”

Dr. Robert Glover, coach, speaker, and educator, is a relationship expert with over 40 years of professional experience. The author of the groundbreaking, No More Mr. Nice Guy, Dr. Glover has helped thousands of men and women worldwide get what they want in love, sex, and life.

In the early 90s, Robert was a poor entrepreneur trying to build his counseling practice. Money was tight at the moment. His family vacations were camping. Robert really wanted something that would accommodate the family, but he didn’t have much money.

Robert decided to buy a camping pop-up trailer. He knew he couldn’t afford a new one, so he started looking on Craigslist and found one. Robert had saved up about $1,000. He took his wife, and they went to look at this particular trailer. It was an old Coleman hardshell pop-up that seemed like just what he was looking for. It was old but not terrible. Robert thought he could fix it and give his family something to camp in. So he talked with the owner, reached a deal, and signed off on it. When it was time to crank the trailer up, it refused. Robert felt uneasy but had already agreed, signed the sales paper, and handed over the money. He was already visualizing how he could pimp up the trailer and go on camping trips. But something just felt wrong. Unfortunately, he overrode that feeling.

Robert managed to get the trailer home, but it was a challenge to get the pop-up raised. He then started working on the trailer, got it fixed up, and finally, on the United States Memorial Day, Robert’s family joined some friends who had a pop-up camper trailer. They went out camping at the ocean shores in Washington State. It rained all weekend long. When Robert tried to get the pop-up down, it refused. The best he could do was to get the lid down. The cogs for the wheels that make it go up and down were faulty.

When the family returned home, Robert put the trailer in the garage. He tried to replace the faulty parts for weeks, but none of the dealerships sold them. So the trailer sat in his garage for a long time as a painful reminder that he’d ignored his gut. He advertised it, and luckily, somebody came in and bought it for about half what he’d paid for it.

Start building a wisdom council when you’re 16. Find somebody who can ask you the right questions and let you make your own mistake. Your council shouldn’t consist of your friends, who are just as stuck and clueless.

Robert’s number one goal for the next 12 months is to build a membership community and make it available to everyone on the planet, regardless of age or income, where they can find a tribe, community, and resources. He also plans to finish three more books that he’s working on.

“Thank you. This has been fun.”