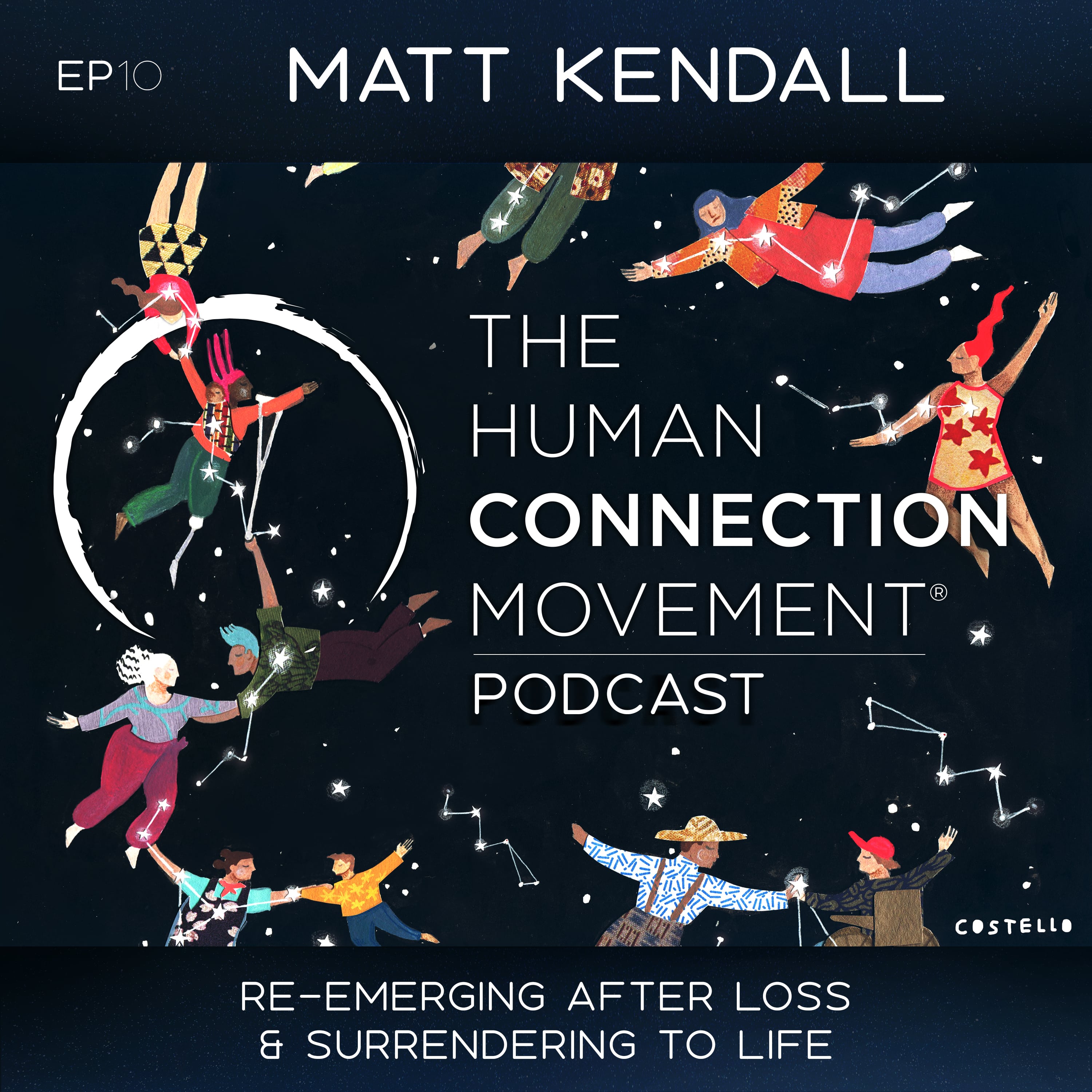 "Coming into the world was incredibly traumatic, even though I can't remember it directly, there were massive prongs clamped around my head, because I was stuck in the birth canal, looking at it now was maybe a metaphor for my life."

In this episode, I connect with Matt Kendall who "before casting off the corporate chains" was an award-winning communications strategist with over 20 years of experience in Sydney, London & Amsterdam.

In his early years, Matt didn't feel connected to his immediate family and felt like an outsider. " I’ve gone through life through the cracks, I’ve never been 'of' something, I’ve always felt quite separate, which by large has always been ok, but then it’s also been quite lonely."

"My inner rebellious nature bumps against the needy kid, even to this day."

We talk about the process of him becoming his true self by breaking through the "arbitrary, mythological structures" that were in the way of him living his life by his own design “When your in that system and your of that system, sometimes it’s hard to see the scaffolding off it.”

“I was part of the jock crew, but I wasn’t a jock, their values weren’t my values.”

Matt then moved into the inner west and found a chosen family of rebels and seekers, which is where his career started in advertising. “The whole time I was in advertising I knew this wasn’t what I wanted to do in my life.”

“Sometimes I almost feel like advertising is a children's refuge for creatives within the capitalism system, for those that maybe aren’t bold or brave enough to be an artist.”

Matt saw his work as a vehicle for travel and seeing the world, he had a thirst to discover the world around him and described his adventures as having a hedonistic edge and was always seeking peak experiences.

The first creative director Matt worked with was David Droga, he was the ECD "Executive Creative director" of one of the most awarded agencies in Sydney. "In an industry full of big ego’s he was the most talented I'd ever met, and had zero ego."

Matt then went into production, he was obsessed with movies, cartoons, music, books, and media. Although deep down he references how he "had no real ambition", he just wanted experiences "Whenever I had a promotion or this incredible opportunity with a company I would go in another direction and or I would go travel for 6 months.”.

He reflects on a comment his partner at the time made when she noticed his pattern of running away whenever he was offered a promising opportunity: “What is wrong with you, you’ve got so much to offer, why are you just drowning it away" This really hit him hard and was something that he had to reconcile within himself.

As time went by Matt started to recognise the position he was in within the industry “It dawned on me that I was contributing to a system that was feeding inequality, that was killing the planet, that I was not just part of a self-terminating system that I was in the engine room of in many respects, which brings us to the chapter preceding where I am now.”

From here on in Matt was faced with preceding events that had turned his life upside down and projected him into a dark night of the soul which is explored within the conversation.

Matt communicates with a raw sense of tenderness, vulnerability, wisdom, and strength, articulating the obstacles he came across within his life and how they shaped his own sense of manhood, individuality as well as the exploration of the deep grief and loss that he felt when he lost Wren his daughter in a stillbirth.

Matt very intimately articulates how the loss of Wren served as a catalyst to upend his life which then allowed him to view the world within a different lense and lead him into becoming the man that he is today. Which I believe is a man of beauty, tenderness, wisdom, strength, and love.