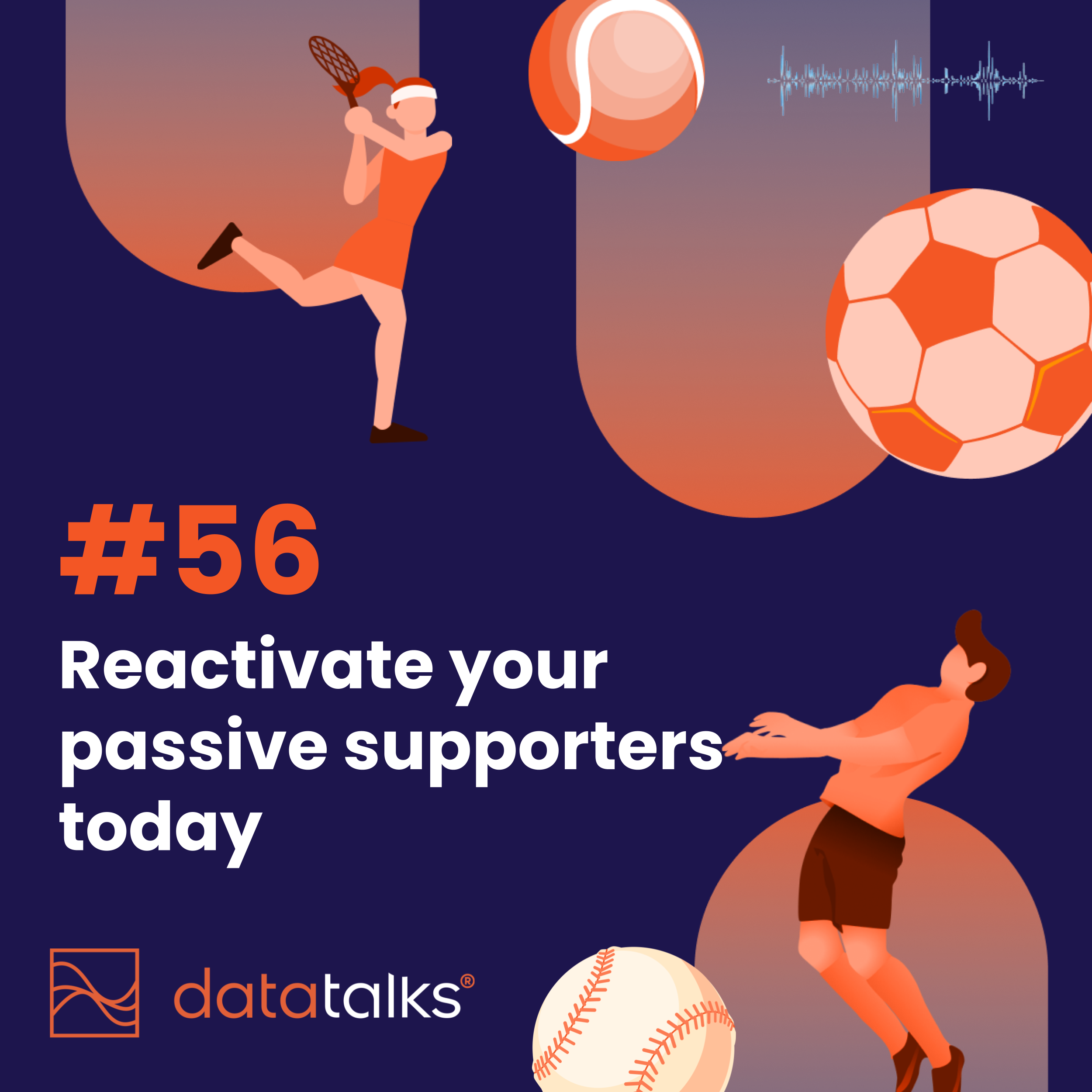 We are nearing the end of the first month of 2023! Although every sports organization is different, a common goal for all is to keep supporters engaged and active. Some focus on trying to get new supporters while others focus on keeping their most engaged supporters, engaged. But have you ever thought about reactivating passive supporters? That is, getting supporters that rarely buy your merchandise or tickets to start buying more and attending more games.

Or maybe even supporters who are on the verge of churning, that is, those who have literally not bought anything from the club in years, who you and I very well know that it’s only a matter of time before they press the unsubscribe button on your newsletter?

There are many different reasons you might have passive supporters. Some might be former Season Ticket holders who haven’t renewed their tickets in a while. Or it could be that they are streaming fewer videos on your OTT platform. The list goes on. However, the good news is that you can easily activate these supporters and even make them loyal.  And the key to reactivating your passive supporters is to create offerings that are personal and relevant to each supporter. Meaning that you are only offering your supporters offers you know they will really appreciate.

However, there is a challenge that is stopping sports organizations from creating and delivering these offerings. And until you actually solve this challenge, reactivating your passive supporters will be much more difficult. So let’s take a look at this challenge and then, more importantly, how you can solve it.

So far, you know that the key to reactivating passive supporters is to create offerings that are personal and relevant to each supporter. So then the next question is: how exactly do you know what your supporters want?

And this is the challenge.

You need enough information about your supporters’ specific characteristics, preferences, and behaviors. Only when you know this information will you then be able to create ticketing campaigns that your supporters will really appreciate. Because not knowing this information is like guessing what a supporter wants. And being the forward-thinking sports organization that you are, you know that guessing is not on the roadmap. You want to be certain that you give your supporters exactly what they want and desire. Because only then will you truly be able to activate your passive supporters and transform them into the loyal supporters that they have the potential to become.

So what is the solution? How exactly do you get access to the necessary information that you so desperately need from your supporters in order to create offerings that you know they will really appreciate?

However, converting your supporters into contacts, although a crucial step, is only the first step. Because once you have collected your supporters’ contact information and merged it with your sales data, you will then need to figure out which supporter segments you should target with your different offerings. But fear not,

At Data Talks, we help you succeed with the 4 fundamentals to selling more tickets, which are:

Listen to episode 54 to learn more

Tell us your story!
Join our Women In Sports community!