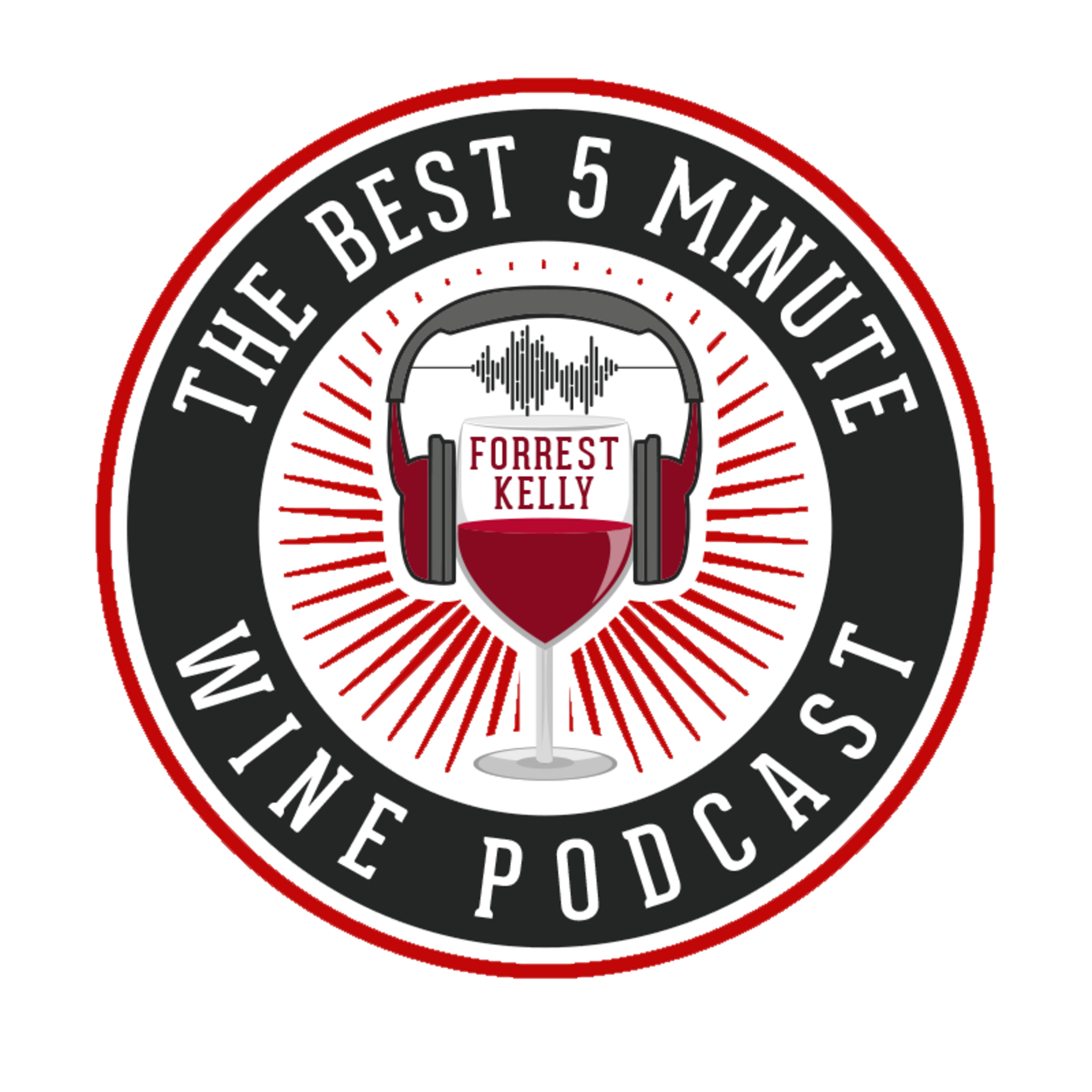 Welcome, welcome to The Best Five Minute Wine Podcast, I'm your host, Forrest Kelly, from the seed to the glass wine has a past. Our aim at The Best Five Minute Wine Podcast is to look for adventure at wineries around the globe. After all, grape minds think alike. Let's start the adventure. Our featured winery is we continue our conversation with Phil Plummer of Montezuma Winery in Seneca Falls, New York. The last time we talked Phil, you were talking about texture. Could you explain that to me? So I think for me, I'll contextualize it around what we do here a lot. We're in a cooler climate region, so we're not going to have the big like hit you over the head tannins that you would get in a warm climate. But I think we also have this really super bright acid that we get in our wines here. And sometimes the texture is how you balance that. So I'm really interested in things where I can add weight without adding sweetness. Probably the clearest way that I've ever heard it analogized it is. It's like milk, right? So you have your lighter-bodied wines or like skim milk where they're not really mouth coating, they're just kind of here and gone. Whereas you're fuller-bodied wines are getting out to that whole milk territory where there's a little bit more something to chew on. There's room for both skim milk and whole milk, and it's just about figuring out what's right for the product you're making at the time. As the head winemaker, I'm sure you have a vast list of responsibilities that you have to do, but out of those, what do you consider to be the most valuable? You probably don't want really full-bodied cabernet in the middle of summer, but a really light-bodied zippy riesling is going to be perfect. I think every wine has its own parameters, and that's really the job of the winemaker is to figure out where the wine wants to be. For me was a pivotal point in my career when I stopped trying to make the wines that I wanted to make and started listening to the wines and trying to make them the way they wanted to be. And I can imagine that having that epiphany has opened up some other opportunities for you. What do you think? Are you most proud of the winery that you've done? I've done a lot of really cool Nats, and now we have a traditional method program that we've been adding to as we go. So those have been really rewarding for me to see that this is something that I've taken as my own little personal bailiwick. And just to see that other people are into it too is always cool. In doing research for getting ready to talk to you. I was kind of surprised that I found that New York is third in the states with the highest wine production and surprising that the Finger Lakes region in New York has well over one hundred wineries in just that one area. So it's a great story. I mean, we were like the original American wine region. If you're familiar with the bonding system on wineries. So every winery in the U.S. that's legal. You have to file a bond with the federal government and you get a bond. No, that's associated with your permit. So like here, our bond number is 896, which means we're the 896th winery in the U.S. Bonded Winery #1 is here in the Finger Lakes and it's at the south end of Kuka Lake and Hammonds Port, and that was the original home of Great Western and Gold Seal. They called it Champagne back then. You can't call it champagne anymore, and that's really where things started. And it was this big production facility and you had this whole industry that grew up with growers that their whole game was that they were growing for Taylor, Great Western Gold seal that facility. Then, in the middle of the 20th century, the Taylor family sold that property to Coca-Cola, and Coca-Cola came in and broke all those contracts. You suddenly have a production facility that's trucking in and by railcars, bringing in cheaper juice and bulk wine from the West Coast and this whole industry of grape growing families that have nowhere to sell. And the state stepped in at that point and created the farm winery license, which is what we owe everything to today. A lot of the people who are making wine today, a lot of the wineries are still the families that were growing for Taylor Great Western Gold SEAL. You have some of them who have decided to make wine and some of them who have just been growing grapes for generations, unattached from wineries. Since you don't have your own vineyards, can it be rewarding working with different growers? But usually, we're just trying to figure out what makes the best wine. So that's kind of, I don't know, that's what makes it fun. When you work with growers for a long time, you get a sense of what their farms do. I know that there are Riesling vineyards that every year are going to hold their acidity better than the other Riesling vineyard. Thank you for listening. I'm Forrest Kelly. This episode of The Best Five Minute Wine Podcast was produced by IHYSM. If you like the show, please tell your friends and pets and subscribe. Until next time pour the wine and ponder your next adventure.