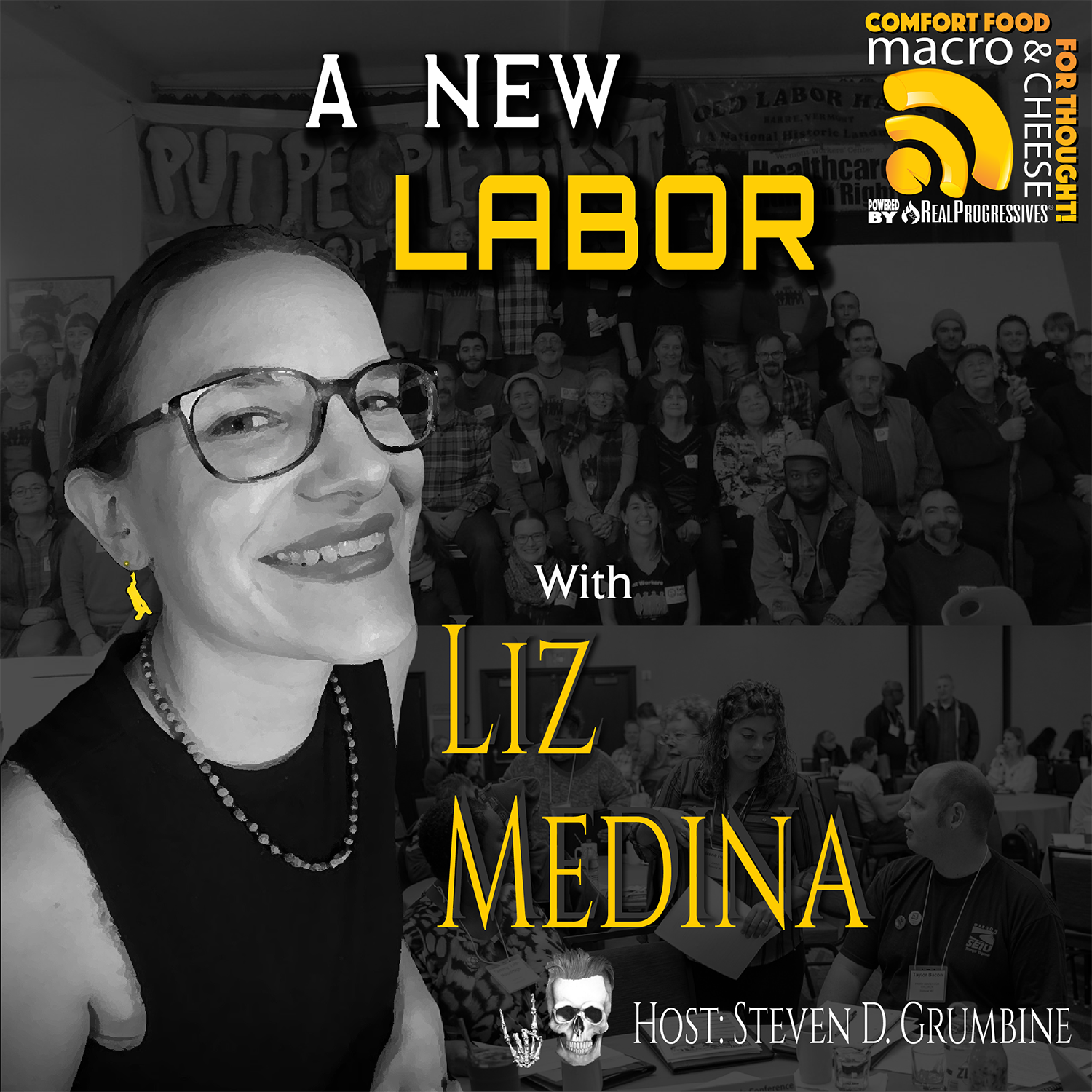 Some of the more, um, senior members of the Macro N Cheese team can remember a time when the Democratic Party supported labor and the union movement. Then we came to realize we had it backwards – it's really the Party expecting support from the unions, who made donations, helped with campaigning, and got out the vote. Followers of this podcast are regularly introduced to guests who bring word of a newly invigorated labor movement – one that is no longer tied to the Democrats’ apron strings.

Steve’s guest is Liz Medina, the Executive Director of the Vermont State Labor Council, AFL-CIO. Her job title does a poor job of telling you what makes her so interesting. She is an artist (check out her Manifesto for Common Art) as well as a podcaster working to build an oral working-class history and culture. She’s a labor organizer with an expansive vision of the need for class struggle unionism and the understanding that unions don’t exist in isolation; they must be connected to community and independent political groups. She speaks of the need to rebuild the relationship between the left and the labor movement, which has been decoupled since the days of the New Left in the 1970s.

“I really do believe that the politics will follow what we do on the ground in our workplaces and in our communities … It is very hard work, but it's easier when we feel like we are part of a community in doing that. There's a real interest of our bosses and of capital more broadly in us staying isolated and alone and disconnected and out of community and not having a society at all, frankly. “There is no society,” as Margaret Thatcher would say. We really need that. We need those connections to continue to have strength to keep on going...”

Liz talks about the labor movement in general, past and present, and the Vermont AFL-CIO. She describes the need to turn the movement around and adopt class struggle unionism. “We believe in the rank and file strategy,” she says. “We believe in prioritizing organizing and not being afraid of being militant.” Activists should follow suit.

Liz Medina is the Executive Director of the Vermont State Labor Council, AFL-CIO. Previously, she served as the Goddard College Staff Union Co-Chair, UAW 2322. She received her MFA from Goddard College and an MA in Cultural Studies from Goldsmiths, University of London. She hosts an oral history podcast called En Masse to build working-class history and culture in her spare time. En Masse is part of the Labor Radio Network. Find her art and other content at atlizmedina.com