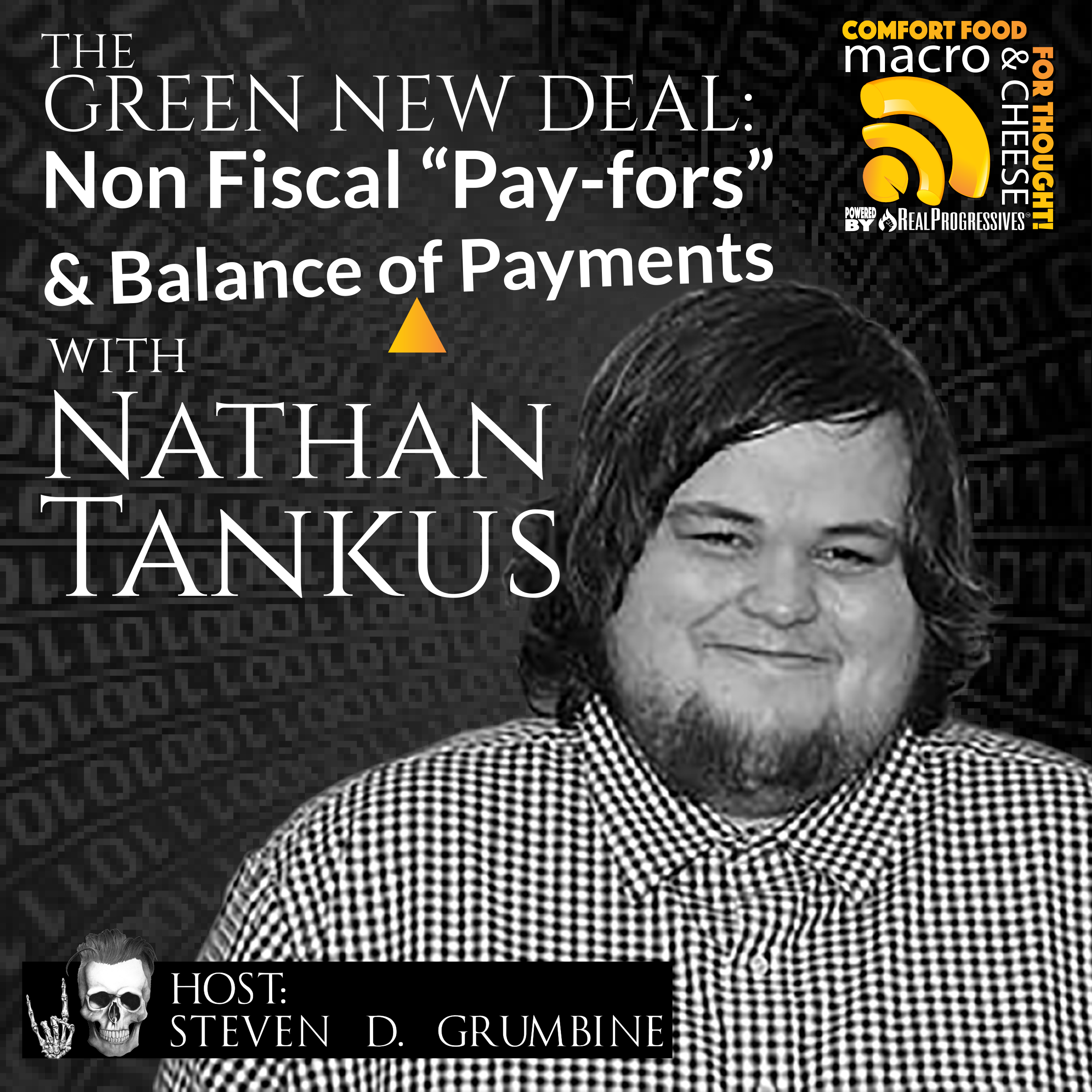 “How do you pay for The Green New Deal?” is a serious question in today’s political environs -- though as Nathan Tankus clarifies, not for the reasons you might think. In Part 3 of his interview with Steve Grumbine, he recognizes that MMT and the US Bond market don’t finance spending in financial terms but shows us how non-fiscal “pay-fors” can give the US economy resource room to reallocate workers and energy through financial and environmental regulation. This can be accomplished without interest rate management and raising taxes to appease those who still believe the US is constrained by debt.

The Green New Deal and a Job Guarantee will make it possible to identify which areas in the US need more resources allocated to them simply by analyzing how many citizens sign up for the program. While the state of the US economy is oft described as a whole, the number of people entering the job guarantee program can show what counties are affected more by poverty and unemployment and allow them to remain in their home regions rather than flock to major urban centers to seek employment.

He also notes that the largest American cities are coastal and would be first affected by the rising waters due to climate change. Rather than drive people to those regions, we should be planning escape routes when those cities become uninhabitable. Describing a recent video narrated by Alexandria Ocasio-Cortez, Nathan points out how an army of workers is going to be needed to help rebuild areas that are destroyed by natural or man-made disasters.

Using the example of how Syria endured years of drought which drove rural workers to city centers to find work, Nathan shows us how many poor & unemployed young people are now basically housed in prisons and argues that they should be emptied, primarily for moral reasons, but also to increase the productive capabilities of the United States. He cites the example of inmates being utilized as (unpaid) firefighters in California to show that we already do this to a limited extent and in an immoral way.

The remainder of the interview deals with Balance of Payments. Nathan explains that countries can have either a balance of payments deficit or surplus, depending on outflows such as payments for exports, interest payments and dividend payments netted with payment inflows. The addition of all balances of payments from all countries will, therefore, theoretically be zero. Monetary Sovereignty is a spectrum. Most countries in the world pay globally in US dollars because the large sums of debts and treaty obligations are denominated in dollars -- which in turn lead to exports and imports "invoiced" in dollars, which prevents countries from using their own currencies in payments. Thus, dollar exchange rates and interest rates are very important.

Nathan and Steve then examine the concept of the International currency hierarchy and the two elements that determine a country’s standing: Financial Strength and Physical Resources. A country can have a large current account deficit and a pegged currency but be rich in physical resources -- and be in equal or better standing than a country with a current account surplus and full monetary sovereignty but with few physical resources.

In closing, Nathan compares how US states have current account positions with one another, similar to those between Eurozone states. However, understanding this relationship is difficult because no records have been kept - and the data could be distorted to criticize states with large deficits as lazy or delinquent, simply because they have fewer jobs or lower incomes. Such data could be used by ‘bad actors’ who wish to divide people based on race.

Armed with this information, America could do some amazing things using the Green New Deal and the Federal Job Guarantee