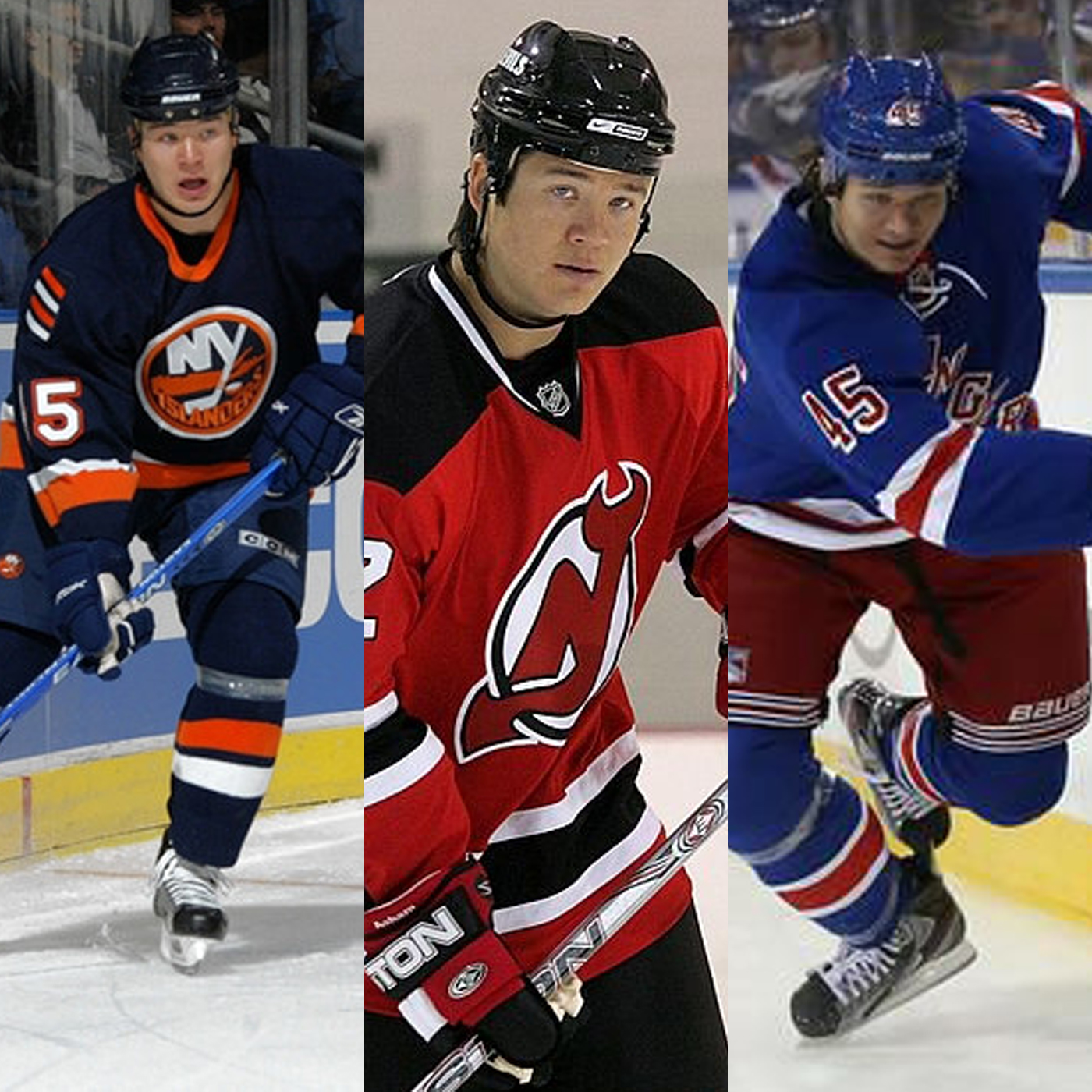 Drafted 71st overall by the Montreal Canadiens in the 1996 NHL Entry Draft and made his NHL debut with Montreal during the 1998–99 season. After parts of four seasons with Montreal, he was traded to the New York Islanders on June 22, 2002, along with a 2002 5th round draft pick for Mariusz Czerkawski. Asham became a mainstay in the Islanders line-up with his most productive offensive season to date coming during his first season with his new team in 2002–03, when he scored 15 goals and 19 assists for 34 points in 78 games. After four seasons with the Islanders, Asham signed a one-year contract with the New Jersey Devils on August 7, 2007.

After signing a two-year contract with the New York Rangers on July 1, 2012, Asham had played for all 5 teams in the former Atlantic division during his career. On February 10, 2013, Asham scored his first goal as a Ranger in a 5–1 victory over the Tampa Bay Lightning. He is also the only player to score a goal with every Atlantic division team. On May 13, 2013, he scored the series-winning goal in Game 7 of the 2013 Stanley Cup playoffs to push the Rangers into the second round and eliminate the Washington Capitals.

Seeing limited action with the Rangers during the 2013–14 season, Asham played in only six games. He spent most of the season with the Hartford Wolf Pack. The Rangers did not offer to extend Asham's contract and on July 1, 2014, he became an unrestricted free agent, effectively ending his professional career.

Asham also has his own charity called Arron's Chance to Play Hockey. The foundation's mission is to work in partnership with the community to provide opportunities that will enhance the emotional, physical, social and intellectual well-being of children. The overall goal is to enhance the lives of children and families.