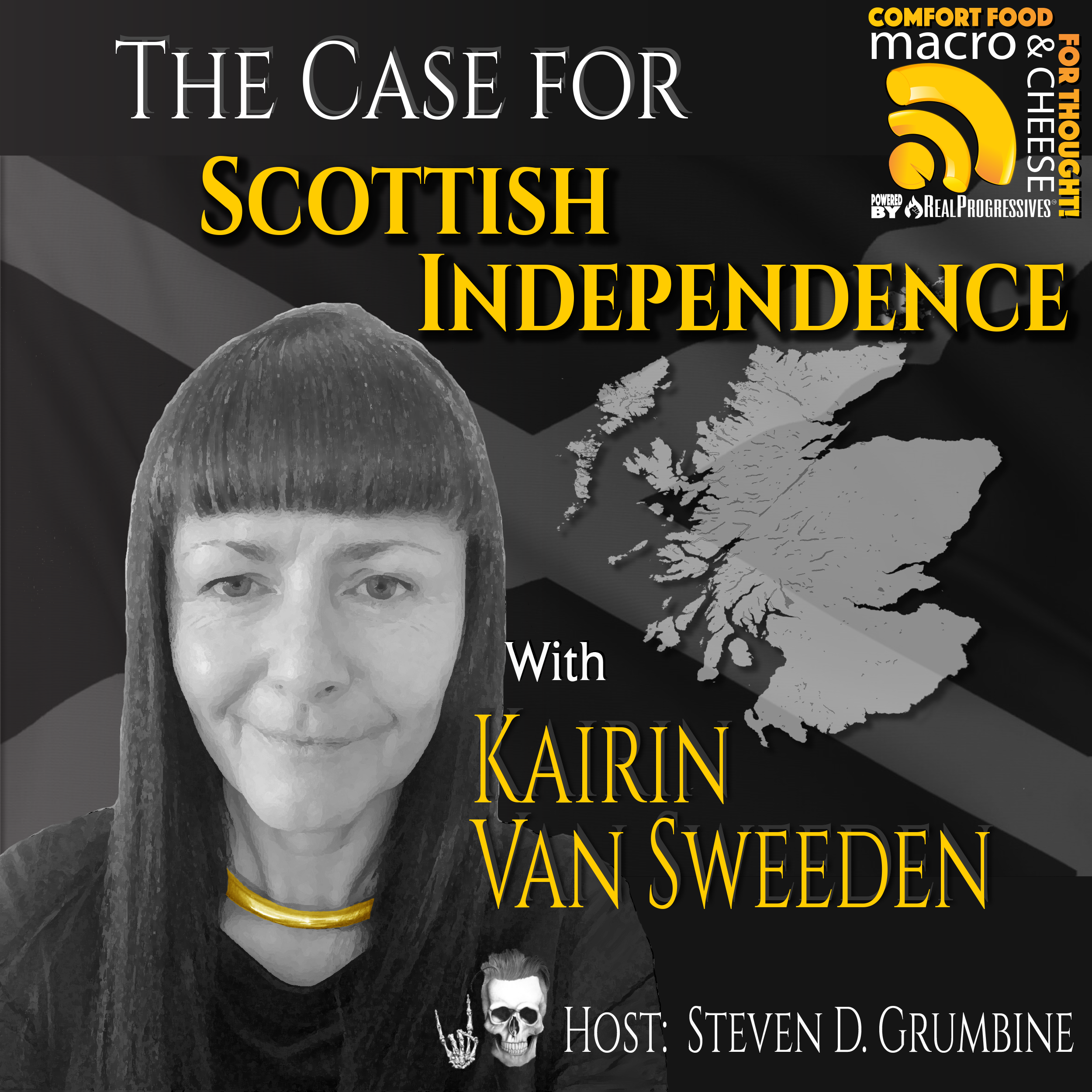 We’ve had several episodes on Brexit, but this is the first time we’re talking about it with a Scottish nationalist. Kairin Van Sweeden is the executive director of Modern Money Scotland and works with the SNP, the Scottish National Party.

Joining the union was forced upon the Scottish people in 1707 against the wishes of the majority. With the seat of government and economic power concentrated in London, the needs of Scotland are not a priority in the UK. Despite the continual growth of the independence movement, they couldn’t get it passed in the 2014 referendum. By the time of the Brexit vote in 2016, many realized their mistake as the majority in Scotland voted to stay in the European Union.

Scotland has an abundance of resources, with a huge farming sector and an excess of renewable energy potential in the form of tidal and wind energy. They have 60% of the UK’s ocean water but only 8% of the population. Enter a problem. Scotland has an aging (shrinking) population and needs to attract young people. The result of the Brexit vote led to an immigrant exodus.

Kairin’s anti-Brexit sentiment isn’t a signal of approval of the European Union. As an MMTer she understands the powerlessness coming from the lack of monetary sovereignty. Scotland is at the mercy of the Bank of London in a situation not so different from the EU nations’ impotence at the hands of the troika.

We can see that neoliberalism is built into the EU. You cannot have more than a three percent deficit just across the board for all countries, you know, and that's complete nonsense. Of course, that can't possibly apply to all different countries. And different countries have different requirements as well. Greece is never going to be anything like Germany, so you can't expect it to be an industrial powerhouse in the way that Germany is.

Kairin and Steve talk about the neoliberal mindset which is recognizable regardless of nationality. We’ve all heard of the Northern Europeans who blame Greece for its economic problems, but Kairin tells us of a former editor of The Sun newspaper who was recently online saying, "Yeah, that would be good if Scotland got their independence because I'm sick of paying for them out of my taxes."

The COVID pandemic is opening many eyes. In recent years the UK’s national health care system has been eroded by privatization. Consumer choice is portrayed as a human right. But the public health crisis demonstrated that money can be created when politicians choose to do so. People must now ask why we’ve had decades of austerity.