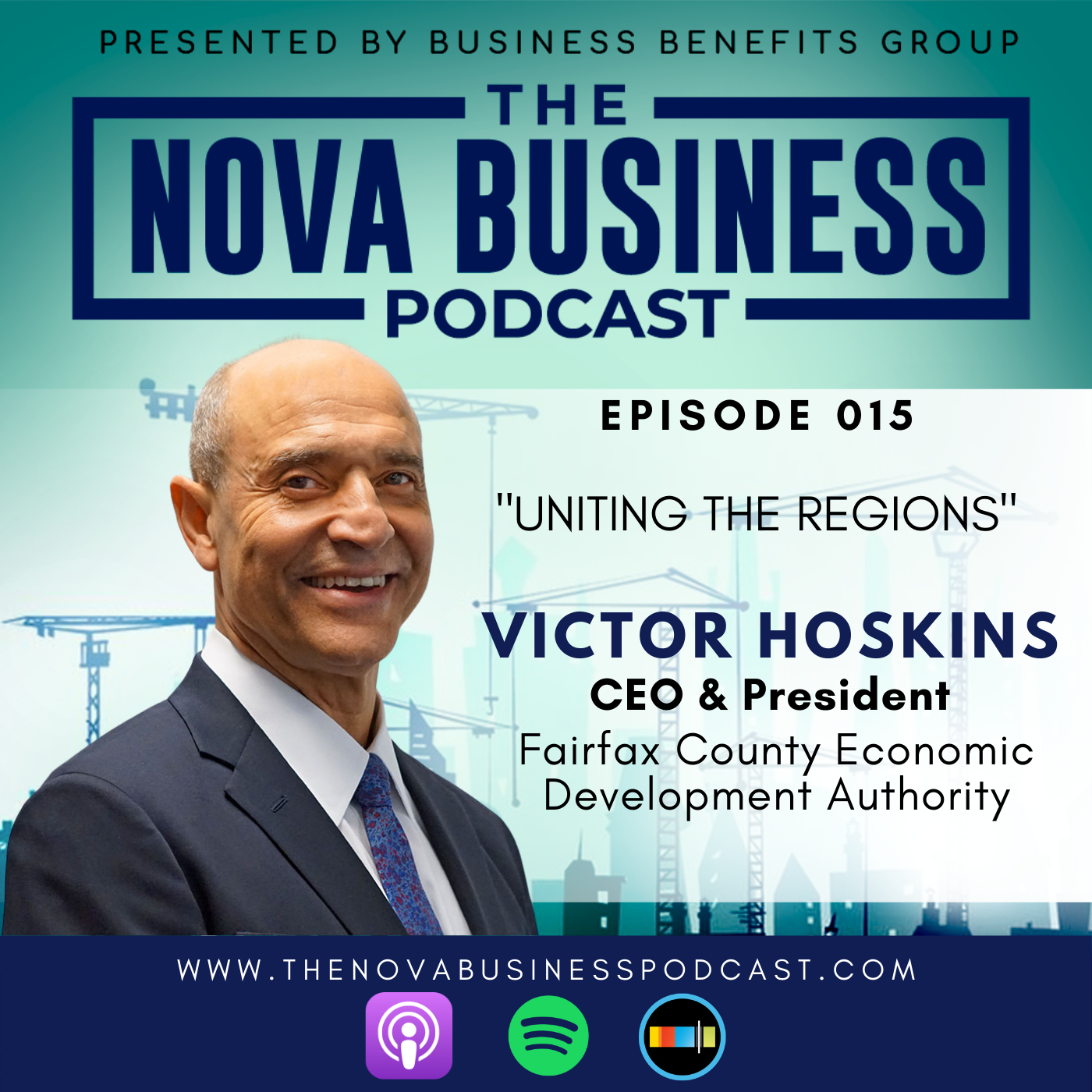 Victor Hoskins joined the Fairfax County (Va.) Economic Development Authority (FCEDA) as president and CEO on August of 2019. Previously, he was the director of Arlington (Va.) Economic Development since 2015. In that role he is most known for leading the team that successfully attracted Amazon HQ2 to Arlington County, a deal that will bring between 25,000 and 37,850 Amazon jobs to Arlington, stimulate creation of another 75,000 jobs in the Washington region, and generate between $3.2 and $4.8 billion in revenue for the Commonwealth of Virginia. Under Mr. Hoskins’ leadership, Arlington County also successfully implemented an Innovation Strategy that moved it toward technology and private sector commercialization. Other successes in Arlington include Nestlé, Applied Predictive Technologies, Deloitte and Phone2Action. Previously, Mr. Hoskins worked in private real estate investment on Wall Street. He also served as deputy mayor of economic development for the District of Columbia, during which time he led the turnaround of the District’s economy with projects such as The Wharf and City Center.

During his career, Mr. Hoskins’s work has resulted in almost 375,000 jobs, and he has led the teams that negotiated more than 700 major business deals resulting in billions of dollars in private investment. He holds a master’s degree in city planning from the Massachusetts Institute of Technology and a bachelor's degree with honors from Dartmouth College.

The FCEDA helps businesses start, expand or relocate in Fairfax County. Chartered by the Commonwealth of Virginia, the FCEDA is led by a board of county business leaders and funded by the Fairfax County government to promote the county as one of the world’s best business locations and build the county’s commercial tax base. The Board of Supervisors uses the commercial tax base to fund high-quality public services for a growing and diversifying population.

References in the episode:

Get in touch with Victor