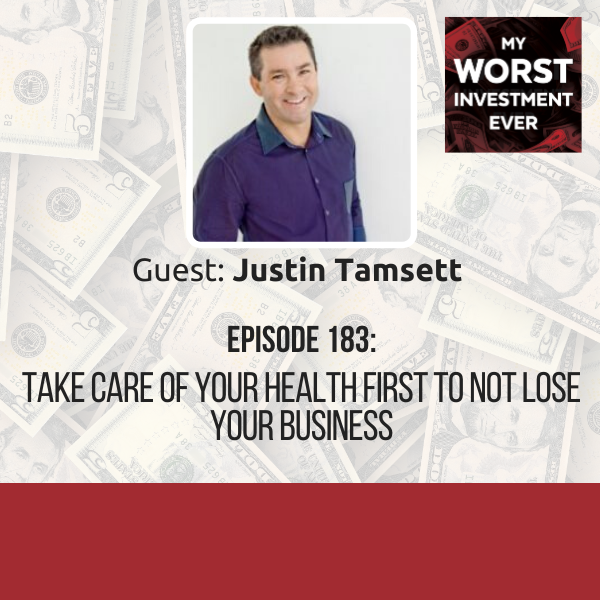 Justin Tamsett is Australia’s most awarded fitness business speaker and is recognized internationally as a thought leader who delivers in a unique style and with quality content. He will have you challenge how you do things as he believes we should #thinkanddodifferent to grow the fitness industry. After 30 years in the amazing fitness industry, he shares practical ideas from inside and outside the industry with a focus on ideas that can be implemented immediately.

He has trained in over 400 fitness facilities since 2015 as a casual visitor to get the true consumer experience. Justin has delivered over 353 presentations since 1999 across 21 countries and to over 210,300 fitness business owners, managers, team members, and entrepreneurs. He is the only speaker to speak 20 consecutive years at Filex in Australia and for 15 consecutive years at IHRSA in the USA. The people who attend his sessions help him achieve his why: To have more people move and move more often to reduce the health care costs across the globe.

“You can still be an entrepreneur, be successful. But that success will be a whole lot more enjoyable when you’re alive and healthy.”

As an entrepreneur, Justin always wanted to own a business, specifically a gym. He started as a personal trainer but had a goal to have his gym before he was 25. His determination and focus also saw him open his first gym when he was 25.

One thing about Justin that stood out is that he loved what he did. He loved working in a gym and owning a gym. He loved it so much that he would get there at the crack of dawn and leave after the sun had gone down. Some days he was the first person in the gym and the last one out. He never considered it work. He went on to open a second gym.

The gym owner who never worked out

The irony of it all was that even though he owned two gyms, he never worked out. He never took time for himself; he was always working. Because he loved working so much, he never realized that he was pushing himself too much.

His body didn’t love his job as much

At some point, he started getting some really bad abdominal pain, but he didn’t worry about it or thought it was anything serious. The abdominal pain also came with some fairly unpleasant toilet visits. Again, he didn't think it was anything serious. And being a man, he decided to keep it secret thinking this was just something that would pass shortly.

The toil took him down

Despite the pain, he kept working hard every day doing what he loved most. However, he couldn’t keep it together for long. One day when he was on holiday with his wife, he had a strong urge to use the toilet. He just had to go. Fortunately, there was a toilet nearby. His whole insides almost exploded in the toilet bowl. His wife insisted that he had to get checked as soon as they got back home from the holidays.

He finally went to the doctors and was diagnosed with a chronic illness called ulcerative colitis. Ulcerative colitis is similar to an ulcer or abrasion you would get in your mouth but on your colon. So every time you go to the toilet, it takes a layer of your colon, and so you pass blood.

In the 1940s and 50s, ulcerative colitis was one of the biggest killers in Australia. Not because there was no cure but because people would bleed to death. They were too embarrassed to talk about it or see a doctor about it.

The healing and learning process

Lucky for Justin, he was able to get medical assistance before the disease could get any worse. However, he had to stay away from a business that he thought was everything to regain his health.

It was during the healing process that he learned that while he had invested everything in running a successful business, his worst investment that could have cost him everything he’d worked so hard for, was taking his health for granted.

Focus on the power of positive thinking

No matter what is going on in your life, believe in the power of positive thinking. Living life on a positive note will help you overcome whatever hurdle you’re facing.

Don’t take your health for granted

The most important thing we have is our health. Too many times, we take that for granted.

Add exercise into your daily routine, but most importantly, know that it's not about the intensity of how hard you exercise. It's about moving your body. A simple exercise of walking 20 minutes daily will make a huge difference in your life.

When you feel any pain, get it checked by a doctor. You may want to ignore it and say you're busy. Sometimes it can be embarrassing to go, but just go, because an ounce of prevention is worth a pound of cure.

Health first, everything else later

We want to do business, and we want to be successful. We want to have all these different material things. But ultimately, if you don't have your health, you're not going to be able to keep any of those things.

Justin’s goal for the next 12 months is to have more people around the world move more and move often.

Charles Duhigg (2012) The Power of Habit