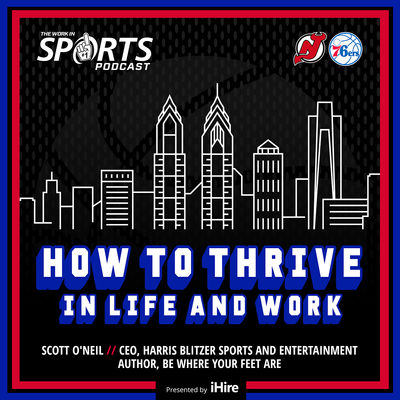 Hey everybody, I’m Brian Clapp, VP of Content and Engaged Learning at WorkInSports.com and this is the Work In Sports podcast.

Over the last year, I, like many others, have spent time contemplating my own preconceived notions and unconscious biases in every walk of my life.

We all have them, it is a part of the human condition, but where do they come from, and why are they allowed to stay?

This question has perplexed me as I’ve tried to open up my lens and question myself every time an instinctive thought comes into my psyche.

While the social justice issues of 2020 may have sparked my internal curiosity, it would be naïve to think bias only comes into issues of race, gender and culture. When you pay attention to it, and the way your mind processes information, unconscious bias and preconceived determinations are everywhere.

I did some digging, and studies indicate that many children by five years of age have entrenched stereotypes about various social groups. The world we are exposed to forms our foundational beliefs and hen becomes a tool to make snap judgements and conclusions on sight.

Kind of spooky right? It’s like our brain is hardwired by societal influence.

We don’t see women in positions of power, OK, men are more powerful, got it.

But it can even be simpler and more pervasive than race and gender, we see a hard charging, demanding CEO on TV and start to lump information together, OK, CEO’s are smart, but mean and cutthroat, got it.

We see sales people represented in pop culture as in your face buy, buy, buy, and we think, OK, that’s not me.

Our belief structures become formed, not out of some nefarious agenda, but because we as children are trying to make sense out of our world and the easiest way to do that is draw conclusions from what we see and hear.

As children we have no choice, we lack the cognitive ability to evaluate the validity of our assumptions.

As adults we do, if we pay attention to their existence.

I’ll use a personal example. A couple of weeks back I had on Dr. Bill Sutton, one of the absolute best people in our industry. After our interview was complete we chatted a bit, and he suggested today’s guest Scott O’Neil CEO of Harris Blitzer Sports and Entertainment as someone he could connect me with.

My instantaneous reaction was hell yes, but my subconscious notion was – he's the CEO of the Philadelphia 76ers and New Jersey Devils, he’s going to be tough, he’s not going to have time to really do this, I’m going to get canned answers that aren’t authentic, he’s not going to be all that interested to talk to me, and this may very well sound better than it is in practice.

This is what ran through my head immediately!

Within a day the session was booked. Dr. Sutton came through. Scott and his team were kind, gracious, courteous and attentive. He sent me over a copy of his new book, Be Where Your Feet Are: Seven Principles to Keep You Present, Grounded, and Thriving...and I was blown away.

I really like meditation, being intentional, paying attention to your mind and the energy you throw off to others around you – but to learn Scott, this Harvard educated, top of class, wildly successful guy was contemplating true happiness alongside me?

I was blown away and read his book from beginning to end.

And there it is, preconceived notions, drawing unfair conclusions about people or evens before you KNOW a damn thing.

It's all I've been able to think about since I concluded the interview with Scott.

I've read his book, it is insightful, so introspective, vulnerable, it is authentic, and I'm not just saying this, I'm not selling books for Scott.

His book impacted me. It is so interesting to really think about the position he holds, the job that he does, and the perspective that he has.

But I'll let you hear it from him, here is Scott O'Neil CEO of Harris Blitzer Sports and Entertainment, the ownership group of the Philadelphia 76ers and New Jersey Devils.