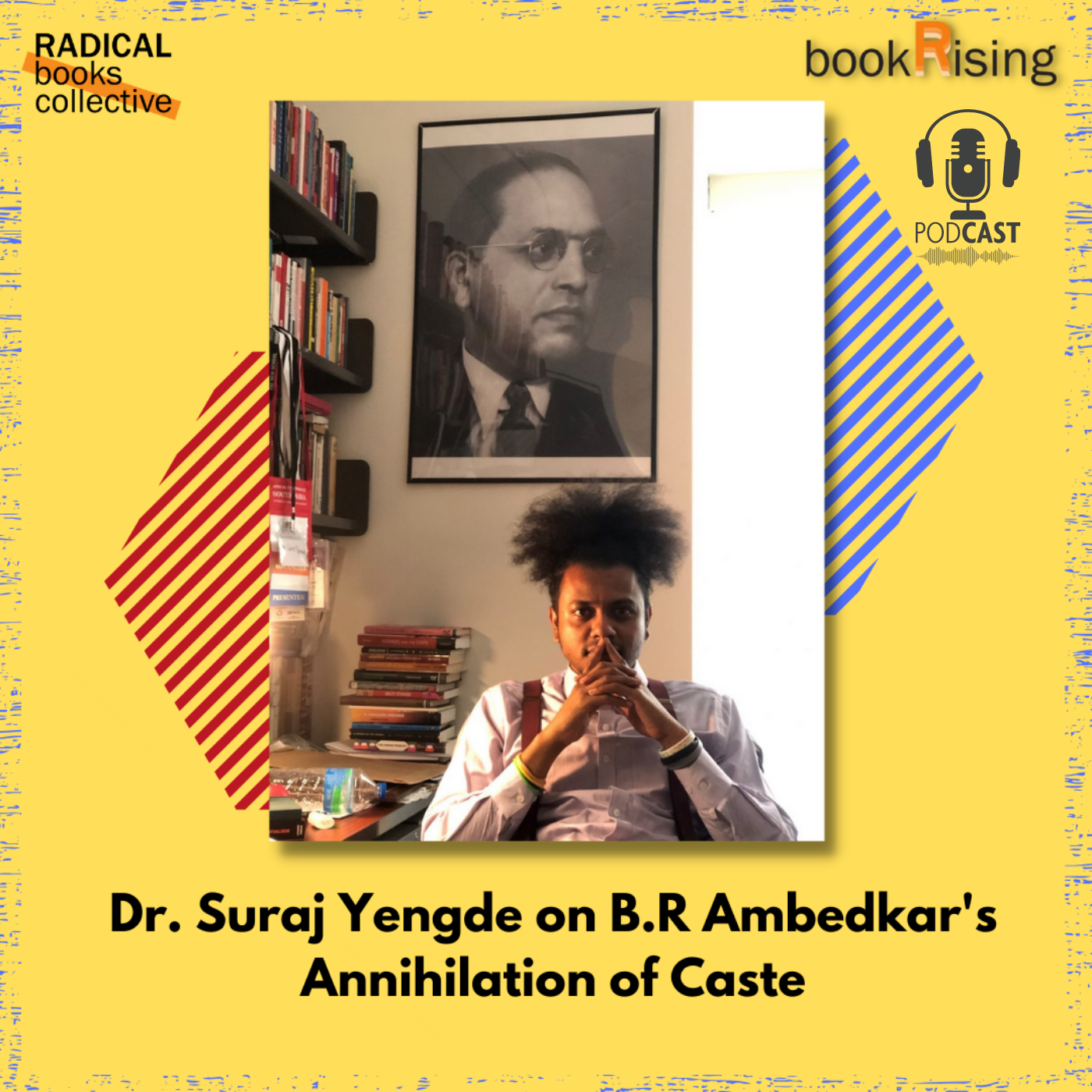 On October 23rd, 2021, we organized our first Radical Foundations seminar on B.R Ambedkar's "Annihilation of Caste." This groundbreaking text was originally written in 1936 as a speech which Ambedkar was subsequently forbidden from delivering. He went on to self-publish it and it soon became a powerful and gut-wrenching indictment of India's caste system rooted in the violence of Hindu scriptures. It has endured as one of the singularly most important books today.

Our expert facilitator, Dr. Suraj Yengde, gently and deftly guided us through this complex and thought-provoking work. We have turned his zoom lecture into a BookRising podcast.

Dr. Suraj Yengde is one of India’s leading scholars and public intellectuals. He is the author of the bestseller "Caste Matters" and co-editor of award winning anthology "The Radical in Ambedkar." "Caste Matters" was featured in the prestigious "Best Nonfiction Books of the Decade" list by The Hindu and is being translated in seven languages. Yendge is a Senior fellow at Harvard University and is also part of the founding team of Initiative for Institutional Anti-Racism and Accountability(IARA). He received his PhD at the University of Witswatersrand in Johannesburg, South Africa and is an International Human Rights attorney by qualification from India and the UK. He has a prolific record of publications in the form of essays, articles, book reviews in English and Marathi. He is convener of the Dalit Film Festival and the India for Diversity movement. His forthcoming books are: "Caste: A New History of the World" by Allen Lane, 2022, and a biography of Dr. B R Ambedkar with Juggernaut Press, 2022.