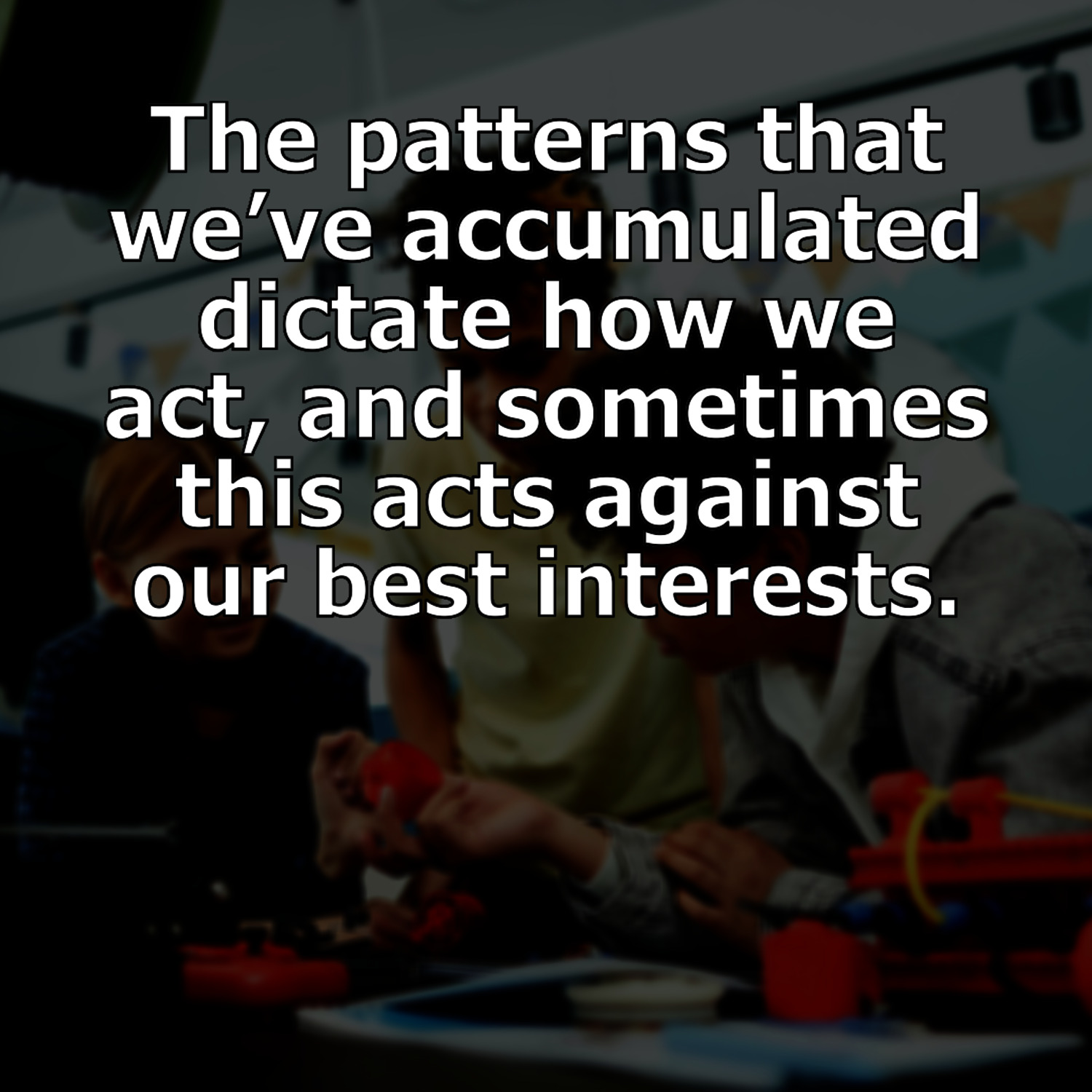 There are generally four styles of communication: passive, aggressive, passive-aggressive, and assertive. You can guess which one is the best to shoot for.

Assertive communication is standing up for yourself, being clear and direct when sharing your thoughts and feelings, and protecting your rights without taking away the rights of other people. Assertive communication is a product of high self-esteem and doesn’t come naturally to people who haven’t been taught to respect themselves and others and to value themselves on a physical, spiritual, and emotional level. When you seek to control only yourself, you are assertive; when you seek to control others, you become aggressive.

We are all a result of the relationships and experiences we’ve had. The patterns that we’ve accumulated throughout our lifetimes dictate how we act more often than not, and sometimes this acts against our best interests. Gaining a deeper understanding of this can be key to growing more assertive.

This is particularly important in regard to communication—what communication style have you been conditioned to use, and how does that affect you? Your communication style is how you interact with and relate to others and how you feel most confident dealing with them. It’s how you unconsciously place yourself in relation to others. It’s normal to have a default style but behave differently with different people or in different circumstances.

Psychotherapist Carl Benedict has written about four communication styles and how they relate to assertiveness. In order to know yourself, you’ve got to be able to identify how the messages you send yourself determine the impression others get of you. Seeing the gaps in your thinking will show you where you can add steps into your behavior that will allow you to communicate assertively.

Passive communication occurs in people with low self-esteem who feel they can’t control themselves or others. They believe they’re not worth having their needs met and so avoid expressing any desires or opinions and won’t stand up for themselves.

This avoidant behavior means they never confront painful or upsetting situations. Instead, they stew on the issue and allow their anger to boil right up to their high level of tolerance for unfair situations until eventually they explode. Allowing their resentment to build for so long means that their reaction is not in proportion to the original perceived slight. This outburst leaves them feeling guilty and, not believing they have the right to ask anything of others, they revert back to being passive.

Passive communicators tend to give weak eye contact and talk in an apologetic tone. They also speak in circles to avoid having to say what they really want to. They slump their body, trying to be as unnoticed as their needs and opinions. They develop anxiety from feelings of lack of control and suffer from depression. They genuinely don’t understand their needs, have low self-worth, and wish someone would think of their feelings for once.

An employee brings in milk every week and labels it as hers before putting it into the work fridge. Every few days she finds it slightly less full than when she left it, and one day she catches her colleague using it. The colleague laughs and says, “Busted! I only use a bit anyway,” and walks off. Furious but unable to say anything, the employee stews for days until she finally loses her temper and dumps a carton of milk over her colleague’s head, screaming at her for being selfish. She feels so guilty afterward that, despite getting off with just a warning, she resigns, unable to face her colleague again.

You can see how the employee’s passive communication style didn’t allow her to be assertive. Rather than pretending not to notice or that everything’s fine, she had the right to tell the colleague not to use anything of hers. Her inability to control her boiled-over temper led to more unassertive behavior where she didn’t respect the rights of her colleague. Her lack of self-compassion stopped her from forgiving herself and she had to leave her job.

The stance of an aggressive communicator is overbearing and they often give intense eye contact. Their voice matches their posture and is loud and challenging.

They’re impulsive, poor listeners who interrupt and try to dominate others. They criticize, humiliate, and are quick to blame anything and everything on whoever’s in the firing line. Naturally, this behavior generates extremely negative responses in people who interact with them, including hatred, avoidance, fear, and alienation.

A man goes to a bar and tells the barman to turn off the TV and put music on. The barman politely tells him when the game will finish and says that, as they’re a sports bar, he can’t turn it off. The man loses his temper and threatens the barman, who calls security and promptly serves him a ban for life. The aggressive man is quickly running out of places he’s allowed to enter.

It wasn’t assertive of the man to put his own needs in front of everyone else’s. He lost self-control when he was unable to control others, and his aggression was disproportionate. If he had been assertive, he would have realized it was the right of the venue to decide whether to show sports or not, and he can please himself better by going elsewhere. Instead, his aggression ruined the evening for the barman, patrons, and himself and could have resulted in a criminal record.

Although opposite, both passive and aggressive communicators are unable to grow and mature because problems are never dealt with in a healthy and effective way.

Passive-aggressive communication is a combination of the above behaviors. These people appear passive but act out their aggression through covert, indirect acts of anger. This style comes from feelings of powerlessness and the inability to face the actual problematic person or situation. Instead, they choose to retaliate indirectly by appearing fine on the surface but undermining those who they feel have wronged them.

Passive-aggressive communicators often use sarcasm and inappropriate emotions, smiling even when something has angered them, and mutter under their breath instead of speaking out.

Their preferred weapons of revenge are sabotage after assuring those involved that they’re fine. Appearing cooperative, they quietly cause disruption. They alienate themselves and fail to establish any real power because they give the appearance of not having a problem with the actual issue at hand. This prevents them from growing.

A busy receptionist receives a reprimand from his boss for leaving dirty water jugs and glasses in the meeting room. He apologizes to his boss’s face but curses him when his back is turned. Noticing that the ink is running low, he declines to tell his boss, even though he knows that he has to print 20 reports for the meeting the next day. He receives an urgent message and writes it on a Post-it, which he slips into the boss’s overstuffed pigeon hole rather than pass it on in person. The dirty glasses go straight back in the cupboard instead of the dishwasher.

The receptionist was at fault and should have accepted his own mistake. If his boss had been aggressive toward him, he would have had a reason to stand up for himself by asserting how he expected to be spoken to professionally. He put his need for revenge above the needs of his colleagues and set himself up for further reprimands down the line. If he had been assertive, he may have been able to delegate some tasks from his workload in order to give himself more time.