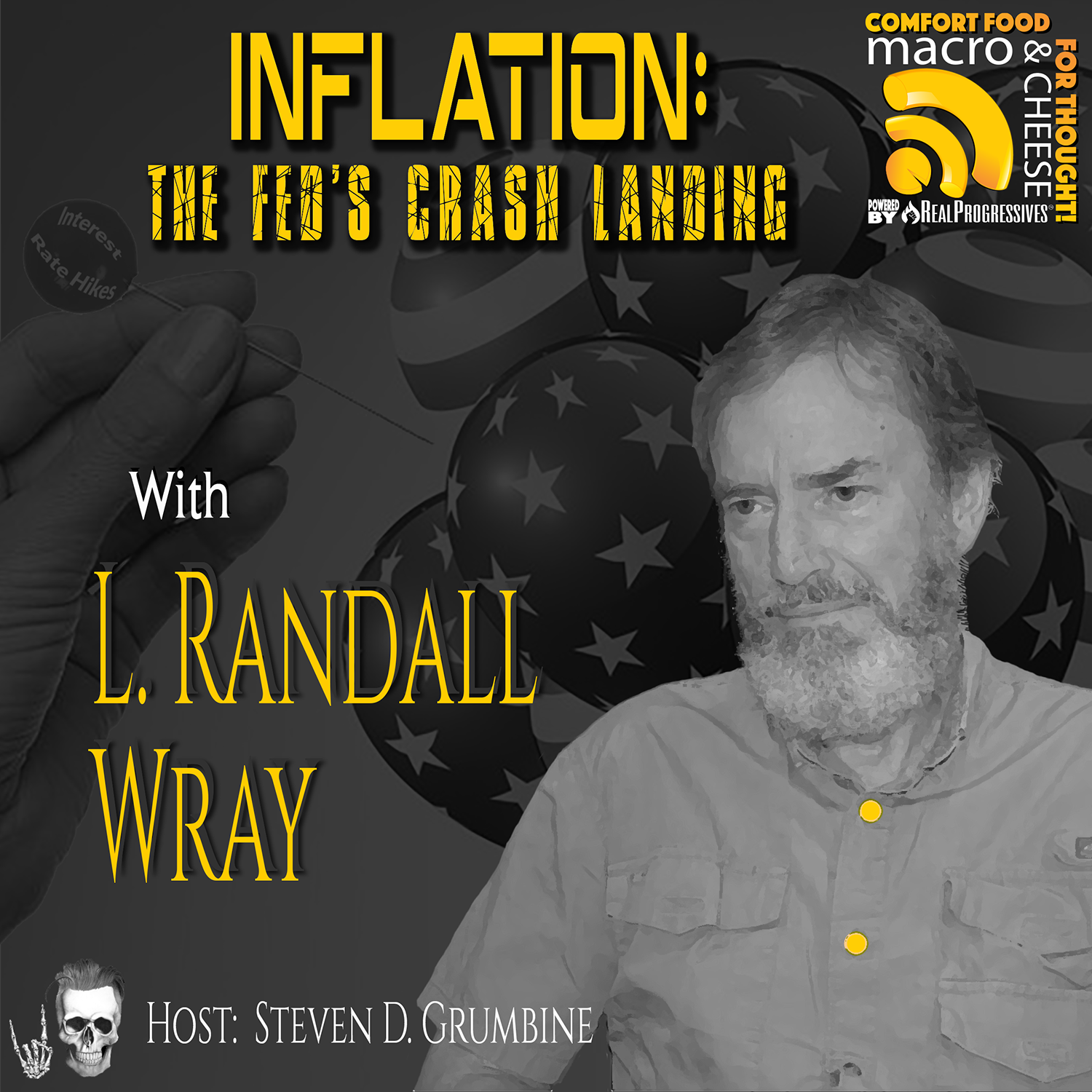 Real Progressives and Macro N Cheese are committed to bringing MMT to activists and folks with no background in economics. Many of us were only interested in learning how MMT disrupts the concept of taxes funding federal programs, but the more we know, the more we want to understand. MMT is funny that way.

If you’re new to MMT, this week’s interview with L. Randall Wray might appear to be wonky and intimidating. But we urge you to listen and promise it will be worth it. We’ve had a few episodes dealing with inflation in recent weeks because that’s where we are at this particular time in history. We believe it can’t be talked about often enough because we’re surrounded by misinformation in the mainstream media and lies from the mouths of so-called experts.

Steve invited Randy to talk about the recent paper he co-authored with Yeva Nersisyan, another friend of this podcast. The title speaks volumes: Is It Time for Rate Hikes? The Fed Cannot Engineer a Soft Landing but Risks Stagflation by Trying. To put it bluntly, confronting inflation by raising interest rates is dangerous. Randy describes the catastrophic chain reaction – causing bankruptcies at home and tanking the economies of developing nations. He explains in detail how this happens, both to individuals and nations.

The ‘experts’ love to blame government spending for today’s inflation – especially the paltry stimulus checks disbursed during the pandemic. Wages are another favorite culprit. Listeners to this podcast know these are not the causes. (How long ago were those damn checks?) However, both the pandemic and the current war have brought us supply chain disruptions. We can also look to corporate manipulation of prices and markups:

“And they're very open about this. When they have their meetings with shareholders and others, they say, look, our customers are not going to blame us if we hike up the markups and take more profits, because they realize that inflation is creeping up. So, they're not going to blame us. So, let's do it. And they are.”

Randy defines stagflation and its causes. He compares today’s inflation to that of the 1970s along with the actions of the infamous Paul Volcker. He explains why the Fed’s “tools” for fighting inflation are no tools at all. He suggests a legitimate role for a central bank includes protecting the public from banking fraud. He replies to Steve’s question about eliminating the interest rate altogether:

“This was actually Keynes's proposal to have a zero overnight interest rate. His proposal was to euthanize the entire rentier class. You all know what euthanize means. Mercy killing of the rentier. That is the class of people that live off collective interest. He saw them as functionless in the economy. They don't serve any useful function. So, let's euthanize them now. Keynes didn't really mean kill.”

Steve talks of people’s desperation as they look for solutions to the real-life problems that are not on the Fed’s radar. Inflation could be addressed with targeted spending on behalf of the public using the fiscal power of Congress. Expecting the Federal Reserve to fix it with interest rate adjustments is like giving a child a fake steering wheel in the back seat and expecting them to drive the car.

L. Randall Wray is a Professor of Economics at Bard College and Senior Scholar at the Levy Economics Institute.