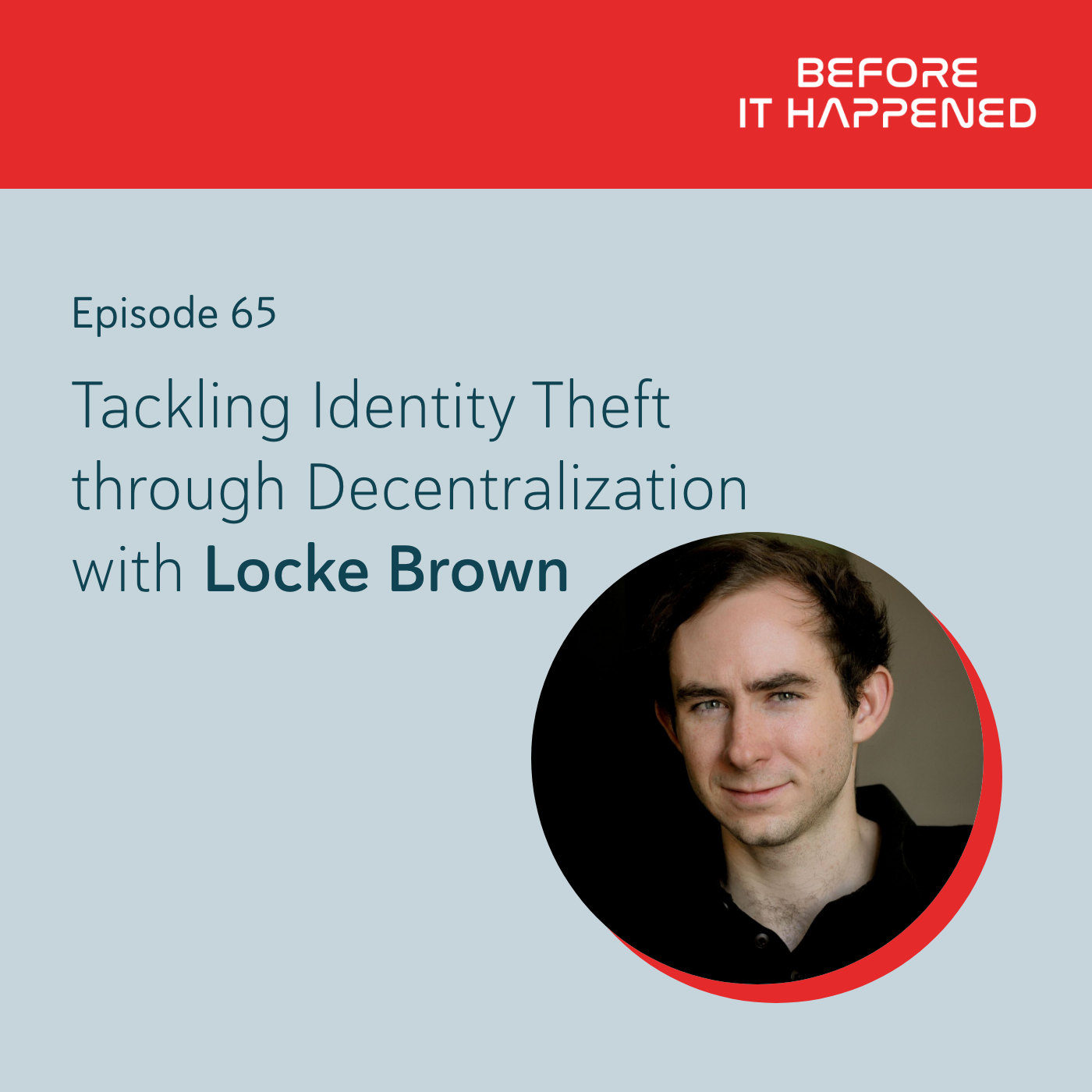 Millions of people have been affected by data breaches and leaks in recent years. But what if there was a better way to keep our digital identities secure? In this week's episode of Before IT Happened, Locke Brown talks about how his company NuID is working to both simplify and strengthen online security by rethinking the traditional password-based approach to authentication in favor of a decentralized, user-controlled solution.

Before any world-changing innovation, there was a moment, an event, or a realization that sparked the idea before it happened. This is a podcast about that moment — about that idea. Before IT Happened takes you on a journey with the innovators who imagined — and are still imagining — our future. Join host Donna Loughlin as her guests tell their stories of how they brought their visions to life.

(03:40) - Growing up in the 90s and early 2000s - “We had a family computer in the kitchen and the internet was kind of the wild west. People couldn't imagine putting credit card information online, and now we literally go online and ask a stranger to come to pick us up and get in their car.”

(14:18) - Meeting his NuID cofounder - “Lord knows what conversations we got into, but you know, all sorts of tech. And he was in the distributed systems and the guy's mind, you know, was so sharp and we just hit it off on all sorts of fun little tangential thoughts and things.”

(19:32) - How easily passwords and login info can be compromised - “Some admin that has a responsibility and is in control of securing some database of user login data, they get compromised somewhere along the line, whether that's social hacking or maybe they use the same password that they use on their, say, LinkedIn account, right?”

(27:42) - How NuID is using blockchain technology - “We're going to eliminate the need for you to ever see, store and therefore be liable in having to secure any user login data. That database of login information that we've talked about, that's gone. There's none of that. You never actually have to touch this stuff.”

(35:49) -  The future of cybersecurity and what’s next for NuID and Locke - “NuID could disappear and our protocol and the credentials that are registered through it for users would persist because they are stored outside of us.”

Connect with Locke Brown on LinkedIn

Learn more about NuID and their utility token