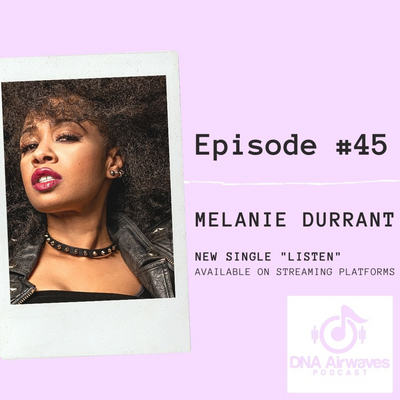 Melaine Durrant sits down with us on this episode of the podcast. This hypnotic singer has garnered over 3.7 million Spotify streams worldwide. The Toronto-native has headlined multiple festival appearances, including the Montreal Jazzfest, Toronto Beaches Jazzfest, and has shared the stage alongside Jay-Z, 50 Cent, Jill Scott, Fantasia, Alessia Cara, and Sean Paul. “Listen” is the first single off Melanie’s upcoming album, Where I’m At, slated for release this month. Melanie shares her start in music with us, her creative process, and of course, her new album!