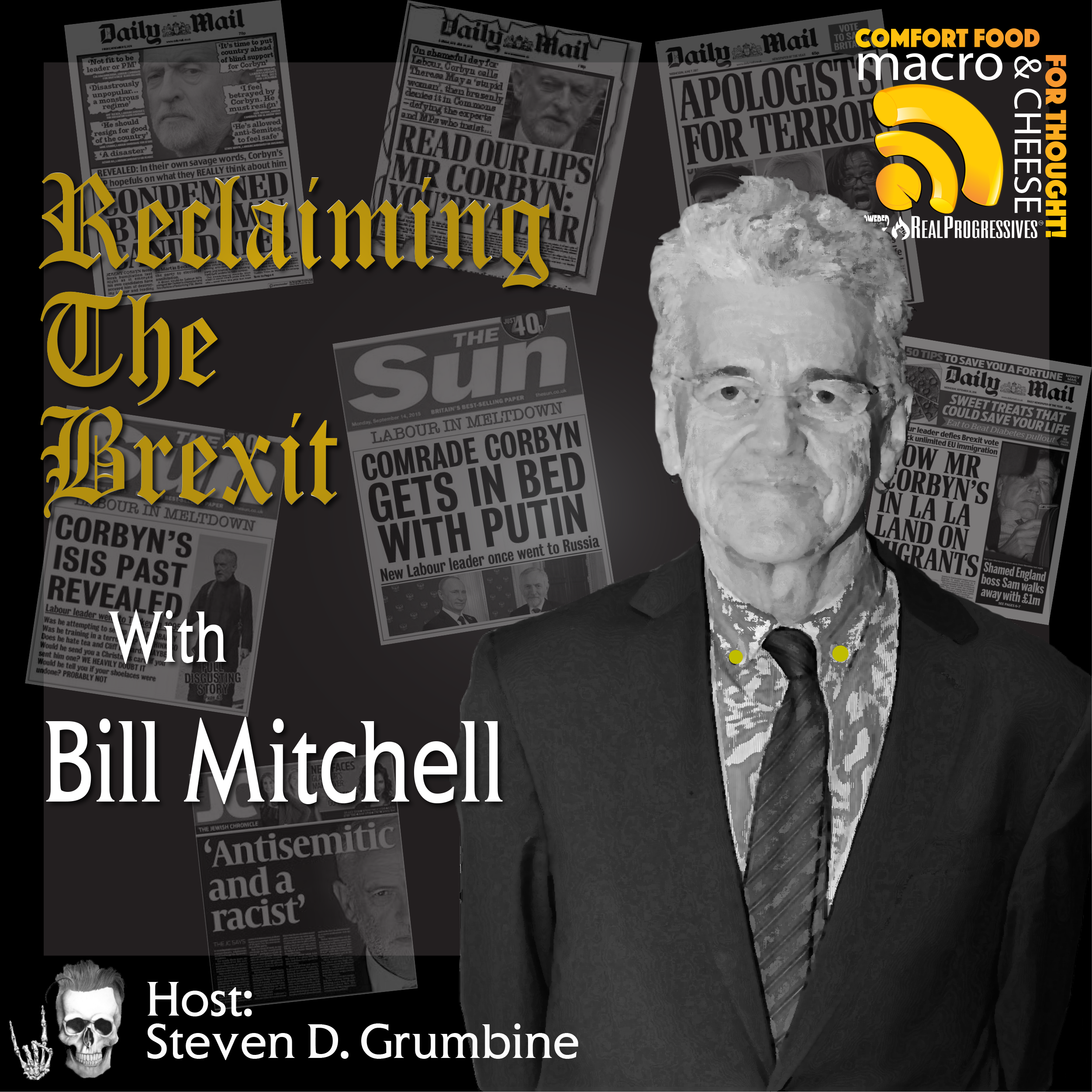 In April of 2018, Jacobin Magazine published “Why the Left Should Embrace Brexit,” which made the case for this radical break from neoliberalism. To gain perspective on Labour’s trouncing in the recent elections, we called upon our friend, Bill Mitchell, one of the co-authors.

Bill has been writing and speaking about the UK’s entry into the Eurozone since the 1990s. As an outside economist, his warnings about the dangers of ceding fiscal control fell upon deaf ears. He addressed these issues in two books, Reclaiming the State -- co-authored with Thomas Fazi -- and Eurozone Dystopia. He recalls that as a young academic he was puzzled by the fact that social democratic political parties in the UK, Europe, and the US were supporting anti-labor policies and enabling the advance of the neoliberal agenda.

Reclaiming the State traces the turning points -- those historical moments in the 1970s and 90s when Labour adopted monetarism, threw their support behind austerity politics and became apologists for globalization. Western governments were no longer mediators between workers and capital. The ruling elites created alternate media and think tanks while revamping the legislative structure. They reshaped the state in their own image, reflecting and serving their own needs -- and in the process the people lost the gains made in previous decades.

In order to understand the recent UK elections and the significant role played by Brexit, it’s necessary to look back at the post-World War 2 era of nation-building and economic growth, the gains that were made by working people, and the point at which capital had had enough.

Compared to the US, the UK maintained a fairly robust social safety network in spite of the capitulation by “New Labour” in the 1990s. When it comes to the question of British membership in the European Union, both Labour and the Tories have been conflicted. Ultimately, accession into the EU was pushed through as a consequence of the rising concepts of globalization and monetarism.

After the great financial crisis, the hollowing out of the state proceeded apace in the UK. The Tories inflicted harsh austerity by de-funding local governments, thus shutting down the most basic services that people relied upon.

Traditional Labour constituencies in the mining and industrial regions in the North and the Midlands were hard hit by the free trade treaties, deregulation, and the destruction of the manufacturing sector. Meanwhile, the increased financialization of the economy had turned London into a huge international hub which benefited the urban residents who enjoyed access to freedom of travel and relatively high paying jobs.

If you’ve forgotten the history of the Brexit vote, Bill sums it up for us here. Both British parties underestimated the seething discontent brought about by membership in the European Union, but the divide within Labour turned out to be fatal.

In the latter portion of the episode, Steve and Bill bring it around to the US presidential race, comparing the treatment of Jeremy Corbyn and Bernie Sanders -- not only by the mainstream media but by their own political parties. They speculate on Sanders’ chances for success and talk through potential strategies for future action. Are there lessons to be learned from what we’re seeing in the UK?

Bill Mitchell is Professor of Economics at University of Newcastle, Melbourne, Australia, and creator of the first blog devoted to MMT. He is the co-author of Macroeconomics and Reclaiming the State: A Progressive Vision of Sovereignty for a Post-Neoliberal World, and author of Eurozone Dystopia: Groupthink and Denial on a Grand Scale.