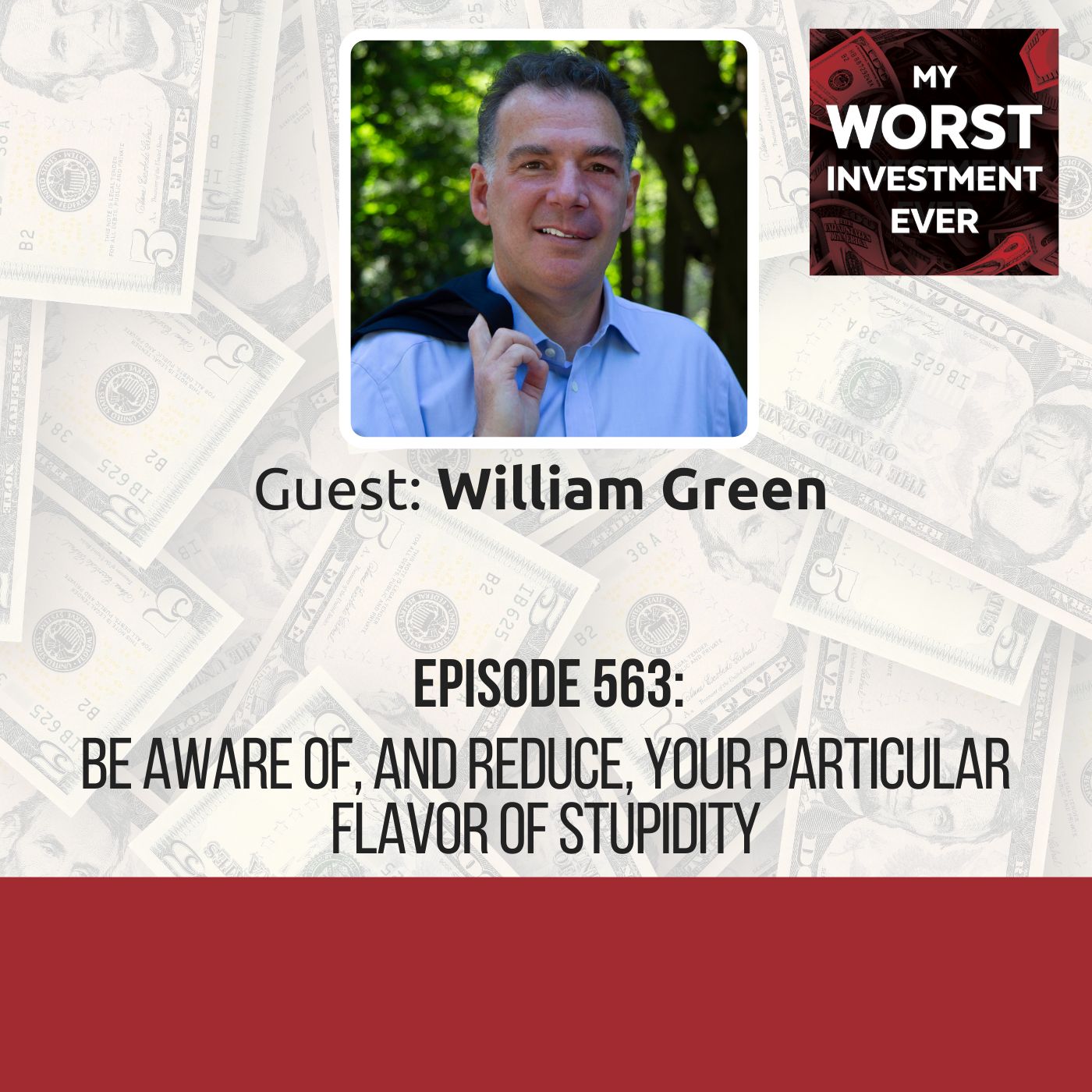 BIO: William Green is the author of “Richer, Wiser, Happier: How the World’s Greatest Investors Win in Markets and Life.” The book is based on hundreds of hours of interviews that he’s conducted with many legendary investors over the past quarter of a century.

STORY: We look at some of the many lessons William learned from spending hundreds of hours interviewing some of our greatest investors.

LEARNING: Be aware of your flaws and frailties. Avoid standard stupidities. Be authentic and true to who you are.

“I’m very vulnerable to my flaws and frailties. I think it’s a valuable thing to be aware of your particular flavor of stupidity.”

William Green is the author of a book titled “Richer, Wiser, Happier: How the World’s Greatest Investors Win in Markets and Life.” The book is based on hundreds of hours of interviews that he’s conducted with many legendary investors over the last quarter of a century. Published in 2021, the book is being translated into about 22 languages.

William is also the host of the “Richer, Wiser, Happier” podcast, in which he interviews famous investors like Howard Marks, Joel Greenblatt, and Ray Dalio.

William has written for many leading publications, including The New Yorker, Time, Fortune, Forbes, Barron’s, and The Economist. He also edited Time magazine’s European, Middle Eastern, African, and Asian editions.

Having interviewed extraordinary people like Jack Bogle, who founded Vanguard, Peter Lynch, the legendary investor of fidelity, and Sir John Templeton, who was probably the greatest international investor of the 20th century, among others, William Green has learned many lessons about investing and life in general.

Today, we go straight to some of the profound lessons he’s learned.

Self-awareness is critical in investing successfully

One of William’s most essential lessons from spending hundreds of hours interviewing great investors is that he’s not one of them. He doesn’t have the temperament that they have or the intellectual firepower that most of them have. He’s not as calm, patient, or rational as they are or has an obsessive fascination with sitting around analyzing business models and looking at financial statements. However, this realization is not a bad thing. In fact, it’s incredibly liberating. William realized that once he was self-aware, he could stop playing against people better equipped to win than he was.

This incredible revelation came particularly from Charlie Munger, Buffett’s polymath genius partner at Berkshire Hathaway. Munger taught William that it’s best to play games that you can win. Now William is aware of his strengths and thus takes on opportunities in life that harness those strengths. When it comes to investing, the lesson here is that people should avoid buying individual stocks if they don’t know how to value a business and, therefore, are not equipped to understand the individual stocks that are winners.

Another lesson William took away from his interviews came from Arnold Van Den Berg. He was born just before World War II, and during the Holocaust, he went into hiding as a Jew. Van Den Berg was a guy who was least likely to succeed. He barely made it through high school and had internalized the idea that he was stupid and brain-damaged. Yet, he had this incredibly successful investment career that he built by turning around his life and controlling his inner self. Whenever William is anxious, sad, self-loathing, or feeling like his life is going in the wrong direction, he thinks of Van Den Berg’s journey. If Van Den Berg could turn his life around, he could also achieve what he wanted if William just took control of his inner landscape.

By interviewing the greats, William learned that people want to be heard and understood. They will tell you what you want to know if you’re captivated, empathetic, honest, and authentic with them.

William advises people to take their money and financial security seriously. This is because it’s really stressful not to know if you can pay your bills and take care of your family. Don’t let anyone convince you that money is not important. It is.

Luck may have played a big part in the success of great investors, but a lot depended on tilting the odds in their favor. One of the things that the most successful investors like Charlie Munger do is try to avoid what he calls “standard stupidities.” When you behave stupidly in the short run, you can get away with it. But if you do that consistently or regularly over 10 to 20 years, your luck runs out at some point. Thus, the advice from Munger is to avoid things with a catastrophic downside and limited upside to increase your likelihood of staying in the game.

William says one form of standard stupidity is to bet too aggressively on speculative stuff you don’t understand. He advises never investing money you can’t afford to lose.

Jeffrey Gundlach, who’s often called the King of Bonds, advised William always to ensure that his mistakes are non-fatal. To always ask himself if he’s wrong about a particular investment, what will be the consequence?

William now knows that a reasonable investor diversifies his portfolio. The average investor should probably own five to ten funds to be reasonably diversified.

Predicting the future is a fool’s game

One thing that’s clear to William is that analysts or people who pretend to predict the future are fooling themselves. So be tremendously skeptical when dealing with them.

Another piece of wisdom William picked from Joe Greenblatt, Howard Marks, Buffett, and Munger: always value businesses, buy them for less than their net worth, and then wait.

Templeton taught William to never blindly trust one person, even if that person is your friend or brilliant and honorable. According to Templeton, even when you find someone you admire, hedge against the fact that they can be wrong.

Finally, William says that investing is not simple, and even when you learn a crucial lesson, it may not apply next time. That’s just life, and it’s not simple.

William’s goal for the next 12 months is to go on an eight-day meditation retreat with a great Tibetan Buddhist meditation teacher. He also wants to take more control of his inner landscape.

“When you do something that’s incredibly stupid, look at it and say; not going there again.”