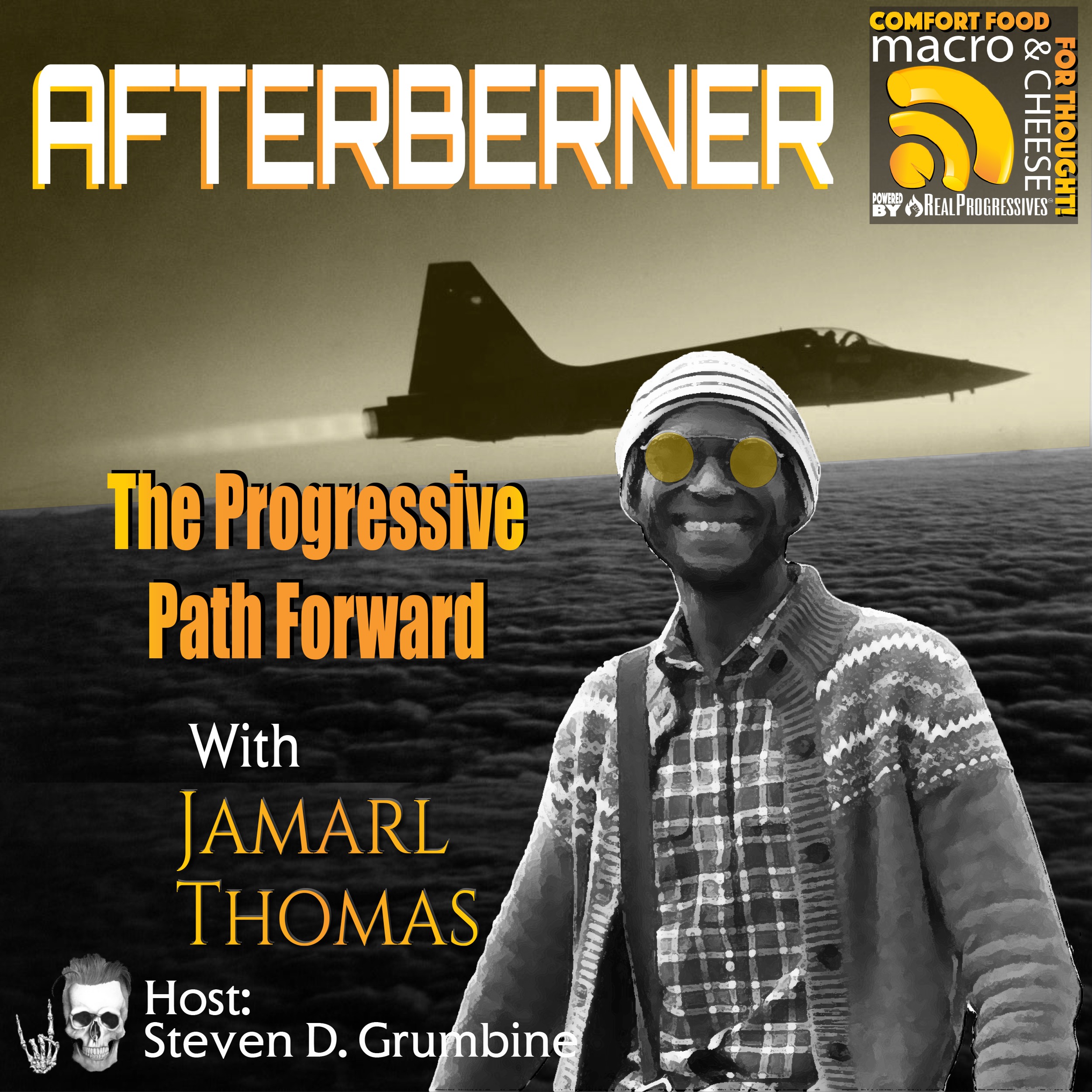 The progressive movement is still coming to terms with the suspension of Bernie Sanders’ campaign and his endorsement of Joe Biden. We decided to check in with one of our favorite people in independent media, Jamarl Thomas of Progressive Soapbox.

Steve and Jamarl spend an hour (give or take a few minutes) addressing the two questions that seem to be on everyone’s mind: what went wrong and where do we go from here?

Jamarl’s critique of Sanders is fairly straight-forward -- he went to war against a powerful enemy with no powder in his gun. Would it have helped if Bernie had allowed his team to use opposition research against Joe Biden and others? Jamarl thinks that's part of what the campaign lacked. We’ll never know.

To understand 2020 we have to understand that the Democrats’ number one priority was beating Sanders. His movement was a threat to the oligarchy. When they picked Biden they understood all his defects, but in their calculations, they figured that he could get the Black vote, which was enough to beat Sanders. Whether it’s enough to beat Drumpf is secondary. Jamarl makes the case that none of the Democrats in power are actually hurt by Drumpf; they may find him distasteful, but their material interests are not threatened.

They know if that if Sanders were to win, they’d lose the party for a generation. They’d be exposed for they truly are. Despite paying lip service to identity politics and concern for the poor, they don’t fight to materially improve people’s lives.

They were threatened by Sanders but couldn’t mount an effective attack on him due to his long history of authenticity and consistency. So they went after his supporters. They made the same accusations of racism and sexism against Bernie’s supporters as against Drumpf’s.

In Jamarl’s view, the left has been weak and cowardly for 30-40 years. The Democratic Party can neglect and ignore them because they continue to get away with it. In the end, the opposition always buckles.

To succeed the movement has to be willing to withstand the accusation that they’re the reason Donald Drumpf was elected. Steve brings up the question of building a third party but Jamarl insists that the left has to unite around policy, not party. Everyone needs to agree on some basic demands and stand up to the Democrats. That’s playing hardball.

The conversation goes well beyond campaign politics. Jamarl and Steve talk about the Labour Party’s bungling of Brexit, and how the lack of monetary sovereignty is crippling the economies of the Eurozone. Jamarl explains why African Americans always vote Democratic, and whether it’s possible to make a change. They look at FDR’s deft use of the New Deal to ward off the imminent threat of socialism in the 30’s and visit a number of other issues, domestic and international -- past, present, and future.

For more from Steve and Jamarl, check out Steve’s appearance on Political Misfits:
https://www.facebook.com/SputnikNews/videos/586423068641351

Find Jamarl and the Progressive Soap Box on YouTube:
https://www.youtube.com/user/jamarl31