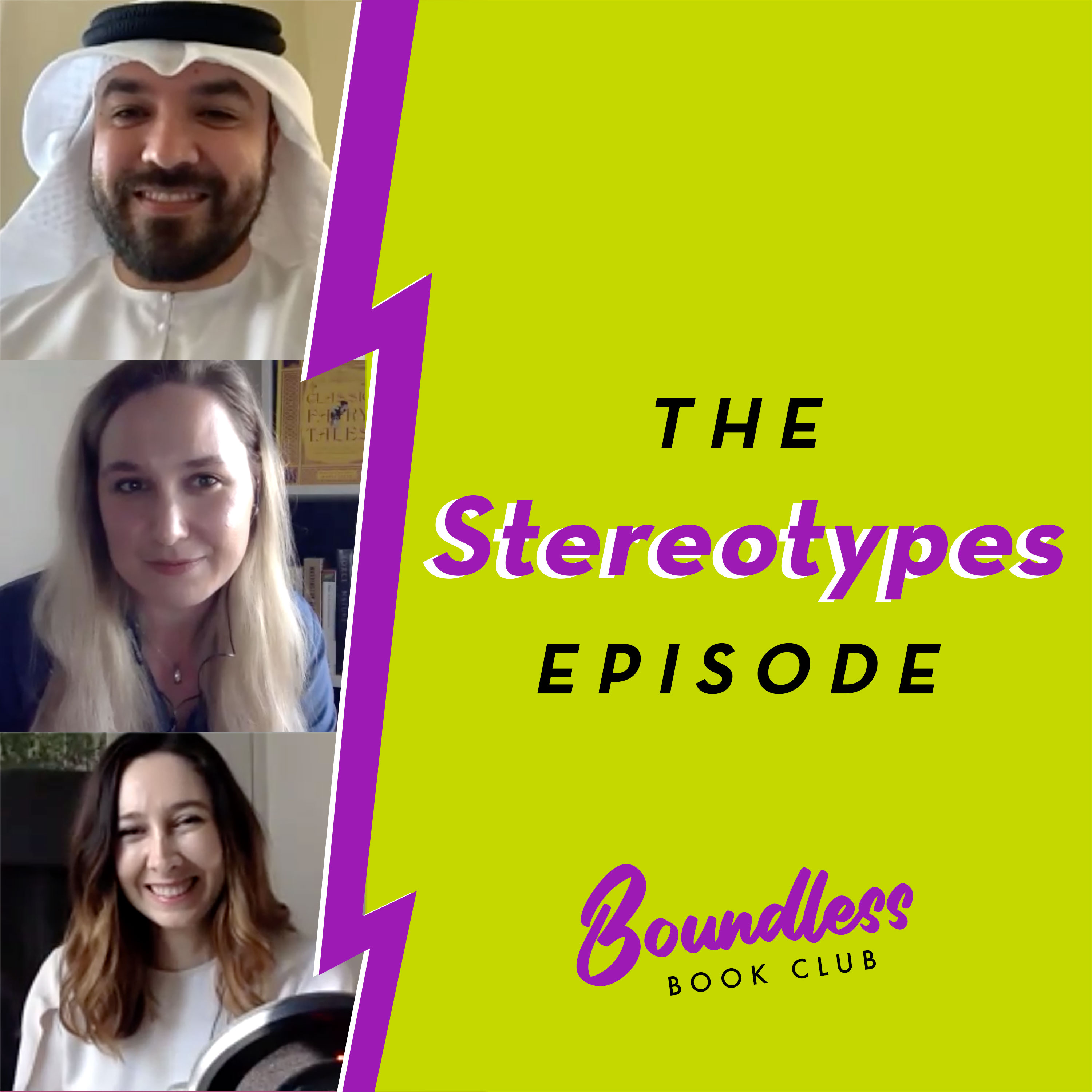 All Emiratis are rich, the Swedes are aloof and the English are all boring. Or are they?

In this episode Andrea and Annabelle are joined by Khalid Al Ameri, Emirati YouTuber and vlogger who is known for his (often hilarious) daily videos about life with his Arab-American wife Salama Mohamed, which break down cultural perceptions and stereotypes.

He talks to us about the stories that he thinks challenge stereotypes, whether stereotypes can be a force for good, and the book he thinks everyone should read.

This funny, charming children’s book (and series) can be enjoyed by everyone. The first book tells the story of Omar, a young Muslim boy who moves to a new town in the UK with his family and has to make sense of his new environment, including the class bully, and the mean lady who lives next door. But it is impossible not to be won over by someone as charming as Omar, both for his fictional foes and for the reader.

Turtles All the Way Down by John Green

Sixteen year-old Aza Holmes tries to solve the mystery of a missing billionaire with her best friend and Star Wars fan fiction writer Daisy. The only obstacle in her way? The relentless onslaught of her anxiety and obsessive compulsive disorder. It’s an honest look at a disorder often dismissed as a straightforward need to be tidy, through the quirky storyline and quick-witted teenage dialogue that John Green writes so well.

From Rags to Riches: The Story of Abu Dhabi by Mohammed Al Fahim

From Rags to Riches is a book Khalid recommends everyone read to understand the recent history and development of the UAE and the work that went into turning rags into the riches you can see today. Don’t They Know it’s Friday by Jeremy Williams also gets a mention.

The Reason I Jump: The Inner Voice of a Thirteen-Year-Old Boy with Autism by Naoki Higashida

If you’ve ever wanted to understand what it’s like in the mind of a child with autism, this book comes highly recommended from novelist David Mitchell and his wife KA Yoshida who painstakingly translated the book to bring it to a wider audience, and from Khalid in this episode who also has a child with autism. Naoki explains the unique way he feels and perceives the world, why he lines up his toy cars and blocks, and why he doesn’t make eye contact when speaking. Andrea also recommends The Curious Incident of the Dog in the Nighttime by Mark Haddon.