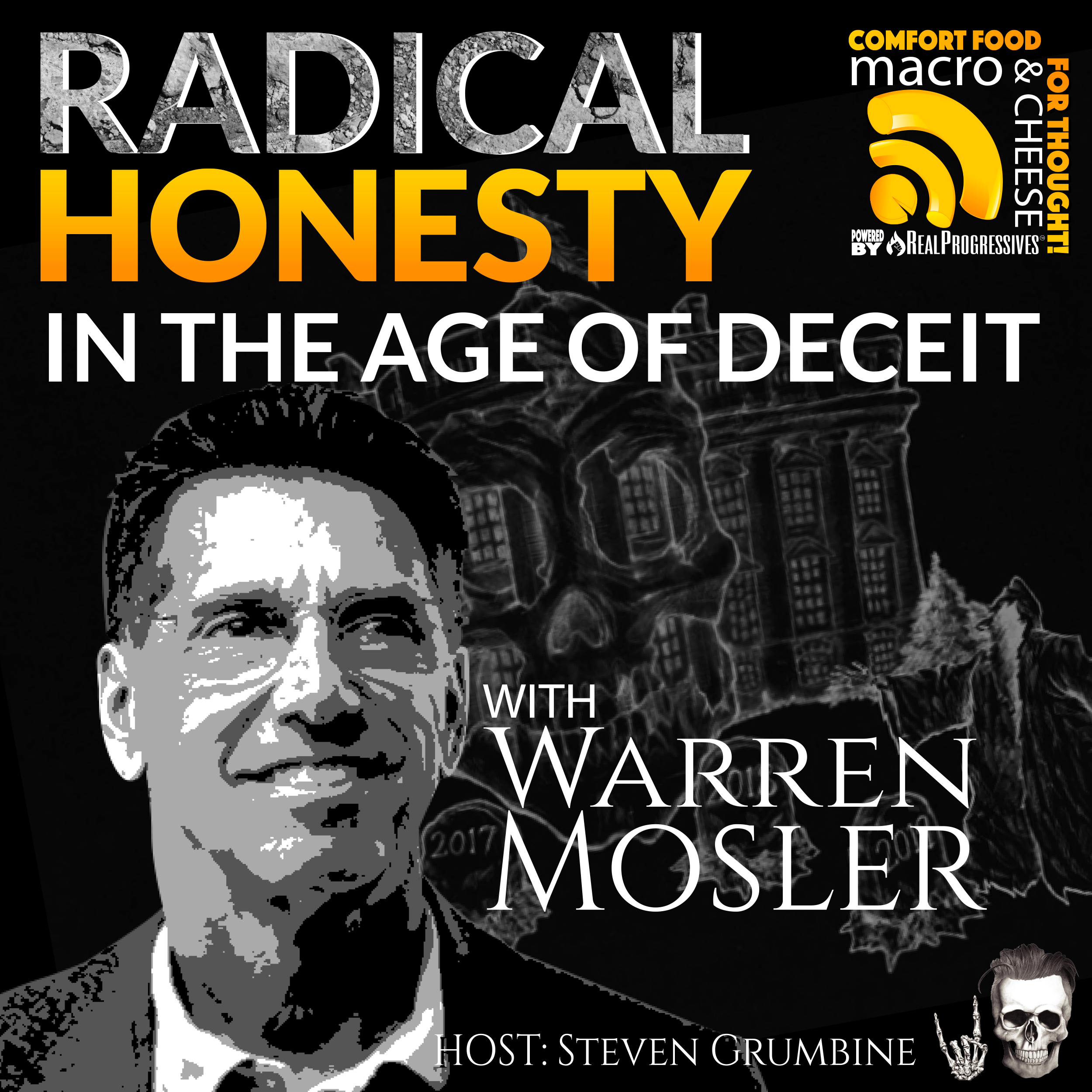 Our guest is the OG of MMT. Listeners always appreciate Warren Mosler’s ability to slice through to the clear and practical fiscal implication of any policy consideration. Today he talks to Steve about the deflationary bias of Medicare for All, the countercyclical effects of a federal job guarantee, how to apportion the resources that will be freed up by M4A, and why it makes sense to replace the income tax with some kind of asset tax.

You don’t need a degree in economics to understand why expanding Medicare’s coverage from age 65 to age zero will result in an immediate reduction in overall spending on healthcare. Warren estimates $600 billion in savings. Meanwhile at least 5 million jobs will be lost. Economists call it a massive “positive productivity shock.” Whenever you can produce the same amount of goods or services for less money, it’s good for the economy, despite the job loss. Now those people can be deployed for something more useful than the advertising, marketing, and administrative tasks of private insurance companies.

With M4A, the costs for private firms drop because they’re no longer buying medical coverage for their employees. This is another good thing. There’s no sensible reason for the cost of healthcare to be built into the cost of products; business expenses go down substantially, putting downward pressure on prices. It’s a deflationary event.

The two things described above - increased unemployment and downward pressure on prices - work together to reduce inflation. As Warren says, “when you have that kind of impulse you don’t raise taxes or cut spending to offset it. That’s nonsensical. It just makes it worse.”

Eventually moving to M4A could have inflationary effects, but Warren explains the importance of timing. We have to think about what happens on “day one.” People and firms will have more money in their pockets because they don’t have to buy healthcare. Ultimately they’ll begin spending some of it. Increased consumer demand will cause prices to rise; corporations might increase production. But these effects don’t play out immediately. So, again, it’s ridiculous to start with a huge tax to offset the inflation that hasn’t yet occurred. There will be time to decide what’s needed.

In light of the number of people who will become unemployed from M4A, Steve asks whether it makes more sense to have the Federal Job Guarantee in place first. This leads to a broader discussion of the FJG. Warren compares it to the joke that says, to avoid being eaten “I don’t have to outrun the bear; I only have to outrun you.” The FJG doesn’t have to be perfect; it only has to be better than unemployment. There are no economic criteria where it's worse than unemployment, so even if it's merely equal, economically, we should do it because by every other measure it's superior.

Mosler has always maintained that it must be transitional, while some MMT proponents see it as a chance to expand the public sector workforce, including within a Green New Deal. Despite some disagreements, the conversation has brought MMT awareness into the mainstream. This is a huge plus.

Once we get past the household analogy for the federal budget we can begin determining priorities for allocating resources, including labor. The US needs less than 1% of the population to grow all the food and 7% for manufacturing. Our productivity gains give us the luxury of allowing more time to be spent taking care of each other - with education, research, healthcare, and infrastructure, for example. In assessing the value of government expenditure, we aren’t limited to old notions of productivity. Solar energy requires more man-hours to produce than an equal amount of energy from coal, but that’s no reason to continue using coal. When planning for the public purpose we can take the greater good into account.