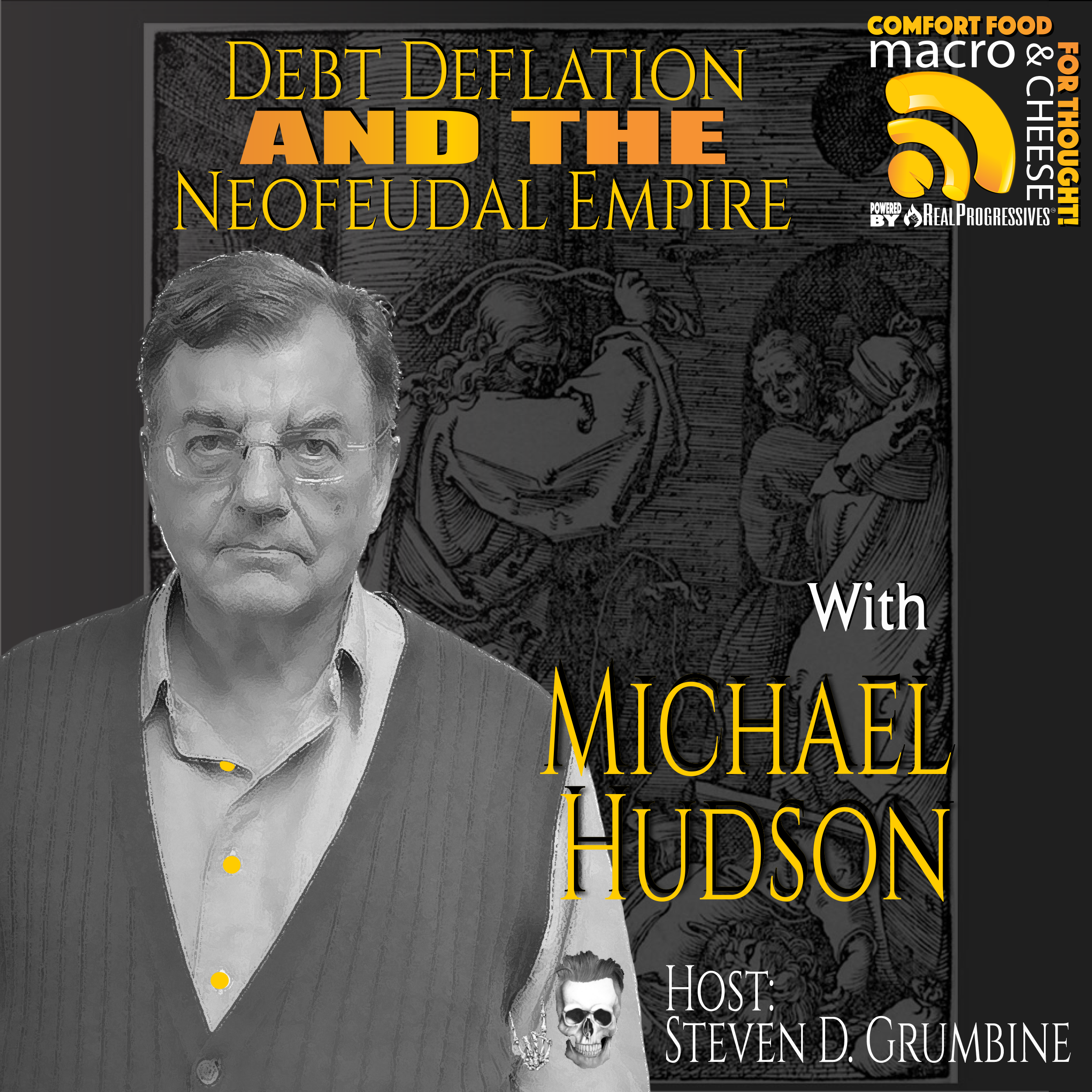 Some of us Macro N Cheesers first heard the term “rentier class” from Michael Hudson’s interviews and YouTube talks. In today’s episode, he and Steve discuss the idea of economic rent as a remnant of feudalism. Bankers have replaced the feudal lords as the parasites who extract most of the wealth from the economy. The financial, insurance and real estate (FIRE) sector comprise the contemporary kleptocracy. They have manipulated the system to such an extent, it is impossible to get an accurate measure of our society’s economic health or pain.

Michael delves into the history of debt and its role in our ever-changing economic structure. He references classical economists like Smith, Mills, Ricardo, and Marx, with their concept of economic rent as unearned income. They believed that industrial capitalism would eliminate the entire legacy of feudalism and dissolve the landlord class by taxing away rent or nationalizing the land. Since most governments were subsidizing education and health care, it seemed counterproductive to allow privatization of health, education, or land rent monopolies. They also saw ‘credit’ as a public utility, expecting banks to lend for socially worthwhile and productive purposes. Ultimately, instead of banking being industrialized, industry was financialized.

Debt deflation is the idea that the more people pay in debt service — i.e. mortgages, credit card interest, fines, and fees — the less they can spend on goods and services; so money is sucked out of the production/consumption economy, and siphoned off into the wealth economy. This demand for debt service pillages the domestic market, destroys employment, and drives the population to emigrate, suffer, or die.

Since we’re still mired in the “silly season” of US elections, Steve asks Michael whether he holds out any hope for finding solutions through electoral politics. Michael says it’s not possible to vote ourselves out of the mess we’re in due to the nature of the two-party system in the US.

Looking at their success in keeping the Green Party off the ballot in most states, the Democrats and Republicans have sent the message of virtual impossibility for third party wins. They’ve gimmicked the system, leaving Wall Street in charge of the economy and our lives. The elected officials haven’t been captured by the kleptocracy; they are its front men. They’ve been nurtured and groomed for that role.

I think most people who have to work for a paycheck realize that they're being squeezed, but that's not what the politicians say. You know, "hope and change"... and, of course, their real job is to prevent change and to smash hope.

Michael Hudson is President of The Institute for the Study of Long-Term Economic Trends (ISLET), a Wall Street Financial Analyst, Distinguished Research Professor of Economics at the University of Missouri, Kansas City and author of J is for Junk Economics (2017), Killing the Host (2015), The Bubble and Beyond (2012), Super-Imperialism: The Economic Strategy of American Empire (1968 & 2003), Trade, Development and Foreign Debt (1992 & 2009) and of The Myth of Aid (1971), amongst many others.

For access to his books, articles, and interviews:
michael-hudson.com