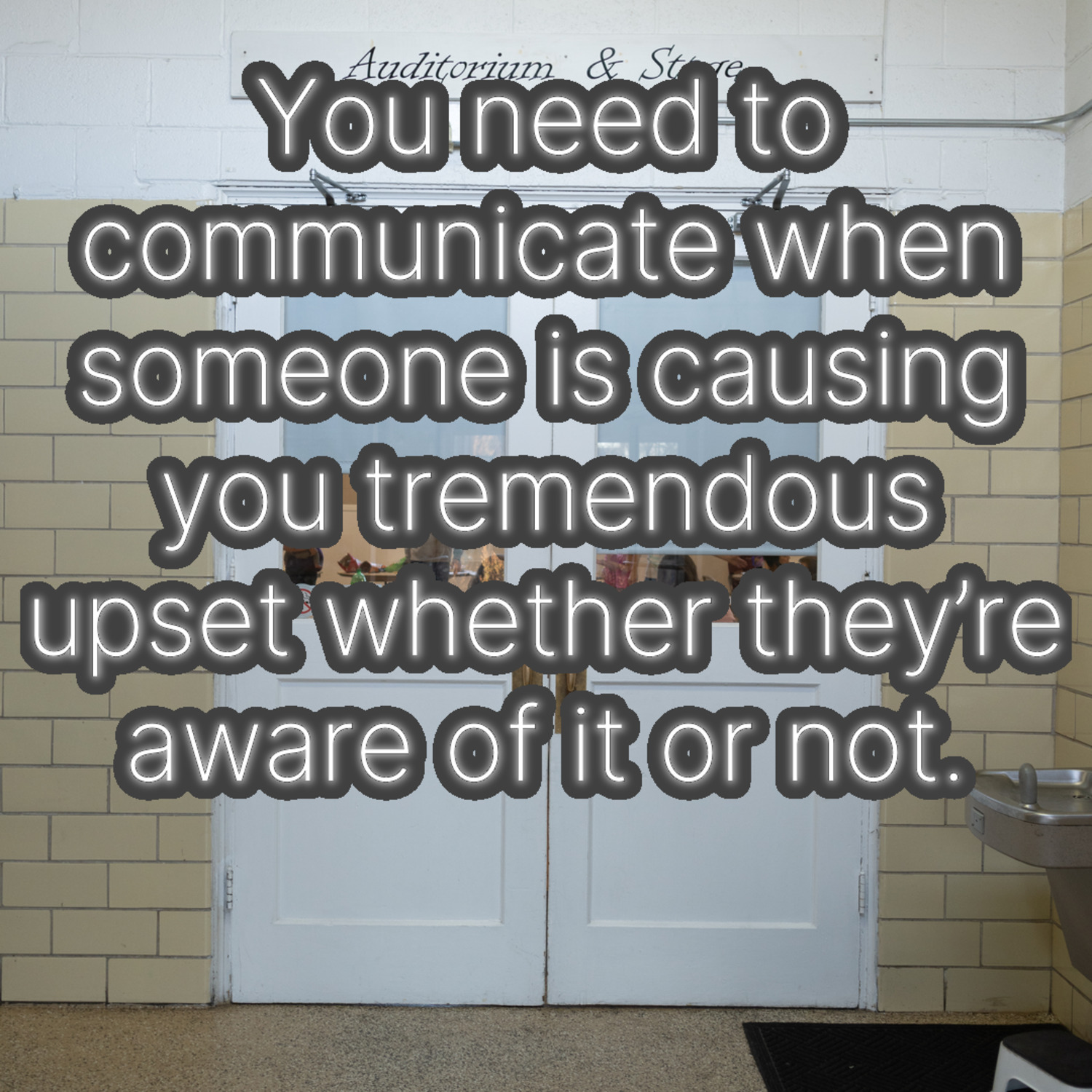 There are better and worse ways of making requests and asking for what you want. In fact, there are seven elements that will help you the most. Don’t fill the silence after your ask, consider the other person’s needs, make it easy and convenient, offer clear options, be direct and honest, be specific, and don’t you dare pout if you get turned down.

Finally, there are four additional ways in which to make yourself heard, but by taking the focus off of yourself and articulating the real life consequences. They show your awareness and soften the impact of an assertion, refusal, or ask.

Nobody wants their feelings to be dismissed. They need to feel that their needs and wants are understood and respected, and no relationship can thrive without that mutual consideration.

This is where empathetic assertion comes in. It’s used to express your awareness and empathy for the other person’s emotions, desires and needs — that you know and appreciate how it feels to be in their position. It expresses that you understand what is being asked, but are regretfully unable to comply. But it also reinforces the message that they need to pivot away from the inaction their feelings are putting them through, and push through to move forward:

“I understand your unhappiness with this sudden deadline—I’ve been through them before and they can be infuriating. But I’d like it if you could push through this as much as you can.”

“I know how devastating breakups can be—you must be feeling awful, and I hate that you feel this way. I need to have some time to work on things at home right now, but later on I’d be happy to talk.”

Empathetic assertion gives you a few moments to regroup and consider the other person’s feelings. No matter what happens, you still want to create the sincere impression that you care and empathize with the other person and need to preserve the relationship. Fear of confrontation doesn’t go away easily, but if we empathize, the probability of conflict lowers dramatically.

One thing you want to guard against in empathetic assertion is sounding disingenuous or fake in your expressions of empathy. When showing your emotional support it can be very easy to lapse into sounding insincere, even if you mean every word you say. You might sound like you’re patronizing. Be mindful of how you use certain phrases and avoid using the same words over and over; that might give off the impression that you’re working from a script and cost you some personal credibility.

Consequence Assertion. Sometimes, we get to that point where we have to defend our personal boundaries in regard to others’ behavior. They’re being rude, disrespectful, snide or even threatening. Or they may be acting out in less obvious, more passive-aggressive ways, by withholding something you deserve or standing in the way of your doing something you need to get done.

When somebody is disregarding your rights (or those of others), you’re entitled to ask them to change how they’re acting and remind them of the consequences if they don’t. Make it clear that bad things will happen, and it’s all their fault. The challenge is doing so without acting hostile yourself—that would be lowering yourself to the level of their lack of self-control and only compound the situation at hand.

Consequence assertion is a last-resort option, but it should be enacted well before your limits of tolerance are reached. It makes clear what the ramifications of someone’s continued misbehavior will be, but it also gives them an “out” to change their behavior before it gets out of hand:

“You’ve crossed the line with me. If it continues, I’m going to have to take myself away from this situation. I don’t like that it’s gotten to this point, but I have to respect my needs, and I can’t be around you if this is going to continue.”

“I don’t appreciate the way you spoke to my friend. You need to apologize for what you said. If you don’t, I can’t see how we can continue this friendship.”

You want to project a clear message in this situation without being perceived as a menace yourself. But you also need to back up your intentions and carry out the consequences if their behavior doesn’t stop.

And remember: This is a last resort. If there’s a chance for a real, peaceful resolution, think more than twice before being too assertive. If there’s no chance for an agreeable end and you decide to go this route, then be fully prepared to see the consequences through. Make sure you aren’t using this in a manipulative manner.

Negative Feeling Assertion. Getting hurt or angry is an inevitable part of existence. We elude bad feelings as much as we can and may even lead mainly happy existences, but negative feelings are unavoidable. In the throes of hurt or anger, we may have an initial inclination to react in proportion to our feelings and lash out in aggression. But it’s always vital to limit the damage and maintain control, while not backing down from the right to assert yourself.

You need to communicate when someone is causing you tremendous upset whether they’re aware of it or not. Nobody likes to be made aware that they’re causing such tumult, but it’s better for everyone in the equation to express that emotional injury. You need to regulate your own reactions, so they don’t make the situation worse, but you also need to be clear and tough about protecting your feelings.

This kind of expression needs to be a bit more managed than others in this section, particularly since emotions are already running very high. It’s too easy to jump into the mode of emotional venting and catharsis, so take a moment to regain your composure.

When you’re finally ready to express yourself, there are four parts to your statement that you need to deliberately execute:

Objective description of their behavior. Make the point of your complaint unmistakable; be specific, be pointed and be direct. But also refrain from using words that are harsh and judgmental—don’t call their actions “stupid,” “evil,” “pig-headed” or anything like that. Just explain what you feel they did that caused your hurt or anger. No judgments, assumptions, or evaluations; just describe reality.

Description of its impact on you. Again, you need to describe how you’ve been affected in clear and precise terms. If it’s caused a major disruption to your life, schedule or relationships, explain that effect in accurate and plain language. Whether it’s an inconvenience, a sudden change of plans, or a long, seething resentment, make certain they fully know the effects.

Description of your feelings. Explain the turmoil you’re experiencing as concisely but explicitly as you can. There should be no doubt as to what you’re going through internally, so use “I feel” statements to remind them of your place in the relationship. Choose feeling words that are exact as possible: “annoyed,” “insulted,” “hurt,” “disappointed.” Try not to overstate with dramatic words that might ramp up the emotional context, like “devastated,” “destroyed,” or “irrevocably and irretrievably broken.” Be clear, but don’t be theatrical.

Statement of your preferred behavior. Try to have this in mind before you confront your counterpart. This works to express how you’d like to see things go in the future, and it also gives them a way out if they sincerely want one. That’s a fair tradeoff, considering how intensely the situation could have gotten out of hand.

Some examples of effective negative feeling assertions, then, may be:

“When you didn’t show up at the date we had planned, I had to cancel our reservations and felt embarrassed and hurt. In the future, could you just call me if you can’t make it?”

“You insulted my friend last night. I don’t think you meant to do it, but it caused her to get quite upset and made me angry. I need you to think a little more deeply before you say something that might hurt someone, because I don’t want to feel awkward when we’re all out in public. I’d show you the same consideration, so I’d appreciate it if you did it for me and my friends.”