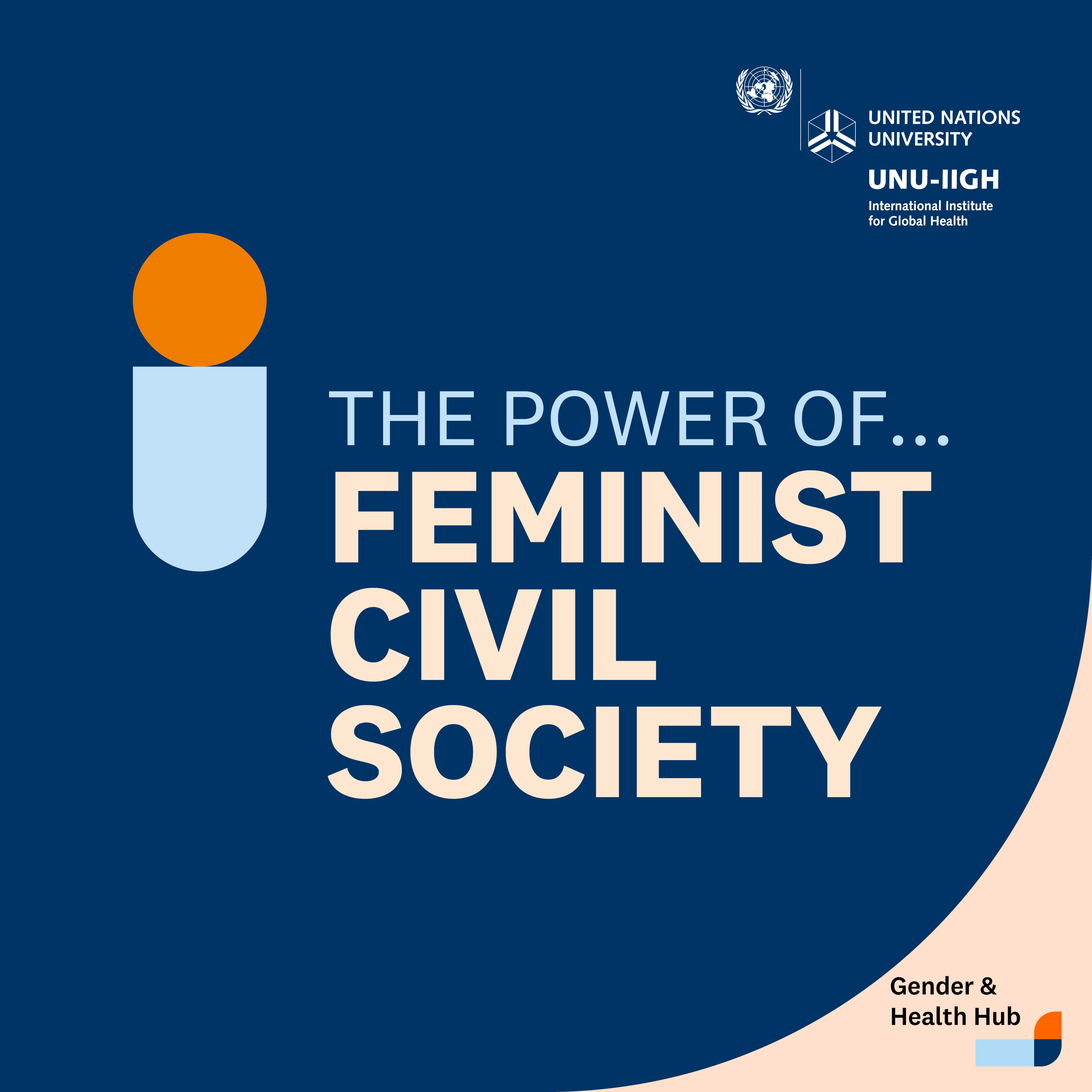 Episode Title: The Power of Feminist Civil Society: Rebuilding partnerships in the Field of Preventing Violence Against Women and Girls

Welcome to the Power Of…podcast, with host Johanna Riha. Working at the Gender and Health Hub at the United Nations University International Institute for Global Health in Malaysia, Johanna is passionate to stimulate conversation about critical, thought provoking, and contemporary content that aims to drive gender equality in global health. In today’s episode, she continues on the theme of the power of feminist civil society. Diving back into the field of violence against women, we are joined by two longstanding experts and advocates, who discuss the need to rebuild connections between feminist civil society activists and other health actors. We also explore the transferable insights for those who are in other health areas. Today's guests are Tina Musuya, the Executive Director of Centre for Domestic Violence Prevention in Uganda and Lori Heise a Professor of gender, violence and health at the Johns Hopkins Bloomberg School of Public Health, and the co-founder and the Technical Director of the Prevention Collaborative. Join Johanna, Tina Musuya and Lori for this crucial conversation!

Johanna begins by asking today’s guests to elaborate on the growing tension between feminists civil society actors and researchers in the field of violence against women and girls. Tina highlights how much of the longstanding work feminists have been doing for decades has recently been hijacked by newer institutions and actors. She stresses that calling these newer actors champions further sidelines the critical work women’s rights organisations have led in the field.

Lori explains that feminists of all stripes have been instrumental in putting violence against women on multiple agendas, such as health, development and human rights agendas. Hoewever, as the needs in the field of violence against women have shifted, so too have the people who hold the power in the movement. She says, the root of the tension comes from people with an informed and longstanding feminist background compared to those who are less familiar with the history.

In addition to the tension, Johanna shares her observation of historical memory loss in terms of the lack of recognition, acknowledgement and celebration of the substantial contributions of feminist activists in the field. Tina chimes in that much of what is considered credible documentation in the field is written in a certain way by certain standards. According to Tina, the real question is who is setting these standards for documentation? Unfortunately, this is linked to hegemonic power which typically amounts to exploitation and retirement to poverty of feminist actors who often work for peanuts. Very little is being done to profile and celebrate their achievements, let alone ensure they are properly paid for their work and leadership. From Lori’s perspective, we are entering a phase where some division of labour does actually make sense. The biggest current challenge is in how to keep the various strands of feminist work in conversation with one another.

Johanna then goes on to ask Tina and Lori to identify some concrete steps which can be taken by different partners within the prevention space to rebuild partnerships in a more meaningful and sustainable way. Lori says that a large issue is that the people who are heavily involved in the movement are not in communication with those generating the evidence.  The conversations which need to take place are about how to maximise collective impact towards the same shared goal. For these crucial conversations to take shape, we need the proper space and funding. Tina adds that it will require a deep level of honesty and humility to openly discuss old wounds, what went wrong, and how to move forward together in the cause. Learning is a two-way street. Additionally, the topics of accountability, partnership and solidarity must be addressed and defined on both ends.

The conversation moves to the health system more broadly and how it has found it difficult to digest and accept its role in terms of perpetuating gender inequalities. Tina states that if the health sector has a deeper recognition of their impact, we would be in a much better position. She then goes on to give an example of how a health policy related to the provision of antenatal services in Uganda has had huge repercussions and negatively impacted pregnant women. As the episode draws to a close, Lori and Tina provide advice of key takeaways or transferable lessons for those working in other health areas to better engage with feminist civil society actors and build more meaningful partnerships.

Connect with Lori on LinkedIn

Send in your feedback! Write to us: iigh-info@unu.edu