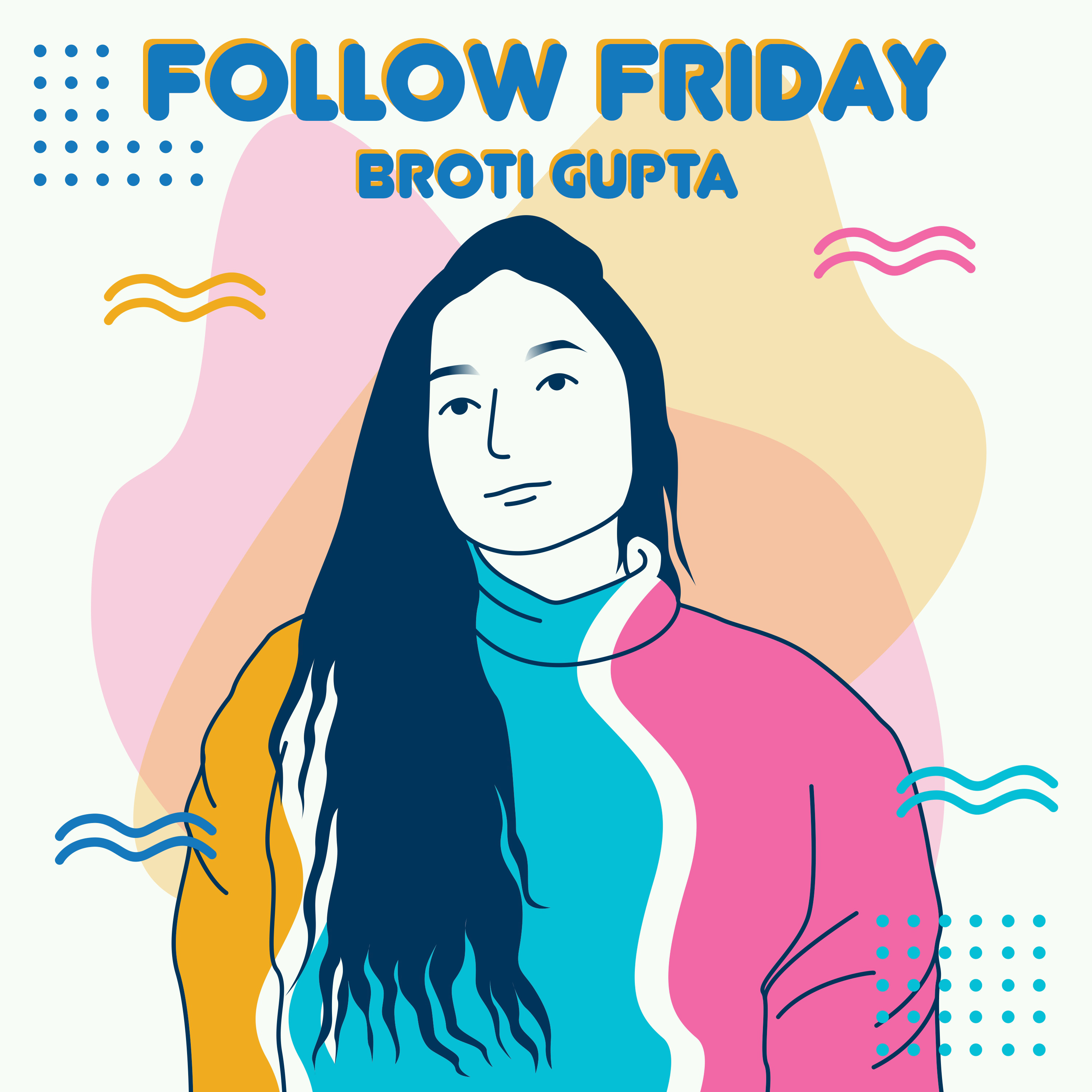 When she's not tweeting about sumo oranges or her podcast Lecture Hall, Broti Gupta is a writer for The Simpsons. And the long gap between when a Simpsons script is written and when the animated episode makes it to the air means Gupta and her colleagues have to think carefully about what aspects of internet culture have the staying power to be referenced on the show.

"It wouldn't reference Bean Dad, but we might have an episode of our own 'bean dad,'" she says.

Today on Follow Friday, Broti talks about four of her favorite people she follows online:

And on our Patreon page, you can unlock Follow Friday XL — our members-only podcast feed with exclusive bonus follows. That feed has an extended-length version of this interview in which Broti talks about someone super-talented who’s still under the radar: Amelia Elizalde, a writer for Clickhole and Reductress (plus some bonus material about Dylan Gelula).