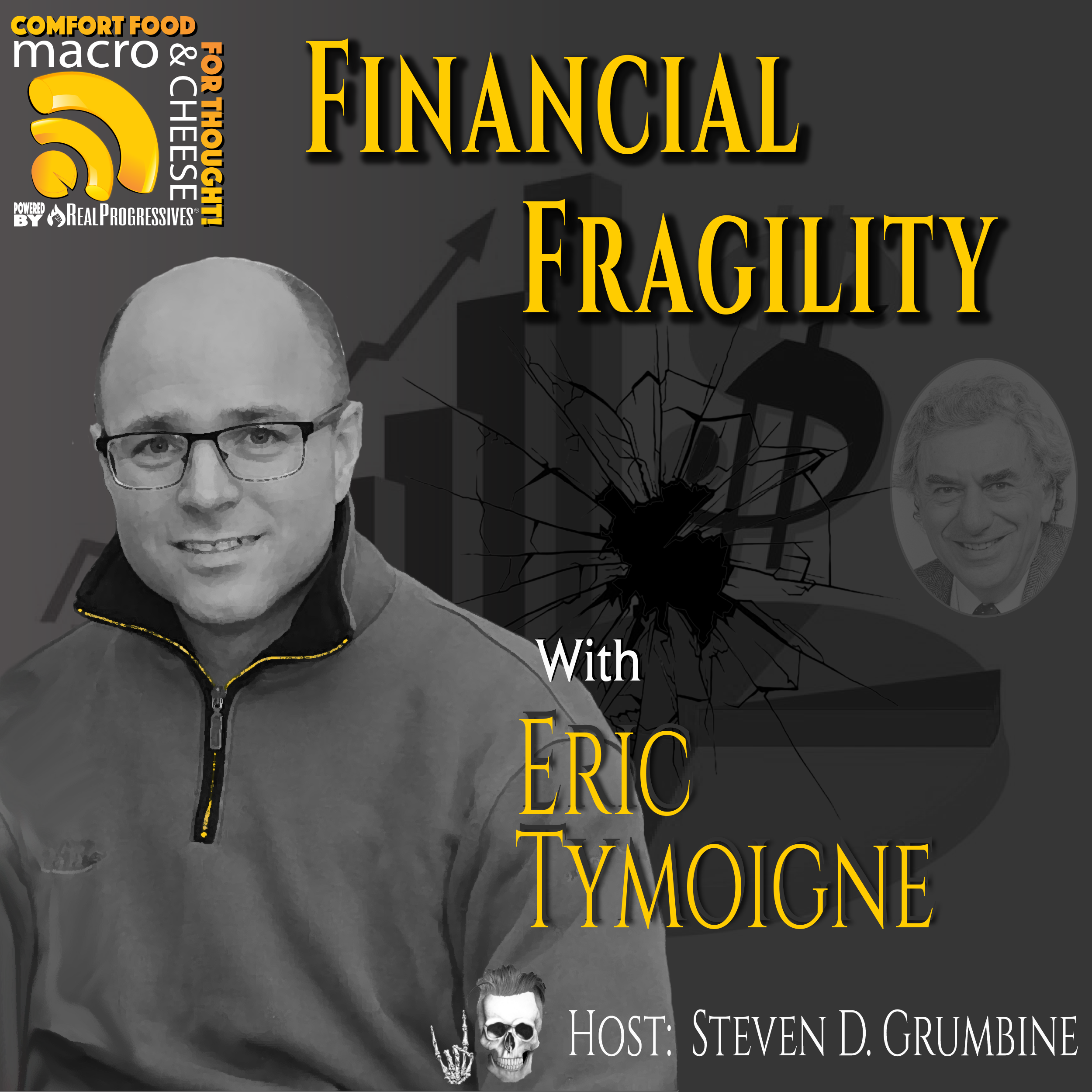 Real Progressives recently created a series on fraud and the great financial crisis. To further understand the economic underpinnings of 2008 and other financial crises, Steve turned to Eric Tymoigne, inviting him on to talk about the book he co-authored with Randall Wray, The Rise and Fall of Money Manager Capitalism: Minsky's Half-Century from World War Two to the Great Recession.

Alan Greenspan called the financial crisis a “once in a century tsunami,” a huge shock that occurred to the system that had been very unlikely, but, Oops, it happened! And we were not prepared.

The Minsky narrative is the opposite. It's a very tiny shock that blew up the entire system. And why? Because over time, the system becomes more fragile, weaker, less able to buffer against even small adverse shocks on the system.

Minsky's theoretical framework is really not about the crisis, it's about the process that leads to the crisis. That's where financial fragility comes into play. As Tymoigne explains, the financial crisis wasn’t caused by irrational behaviors, but by the very mechanics of capitalism itself.

You have to put finance immediately in the analysis and recognize that capitalism is a monetary economy that has long-lived capital equipment. And so that means that you have to have views about the future regarding the ability of this capital equipment to perform over time and to generate high enough monetary return.

Tymoigne talks of the different degrees of financial fragility: hedge finance, speculative finance, and Ponzi finance. These different states relate to expectations of future monetary outcomes.
According to Minsky we must consider the role of money, linking it to the future to see how a capitalist economy moves progressively from periods of relative stability with hedge finance, when people are able to pay their debts, to periods of Ponzi finance, with no expectation for the debts to be serviced without forcing a sale of the assets. This brings us back to the mortgage crisis.

After listening to this episode, be sure to check out The New Untouchables: The Pecora Files. It’s like a case study of what you’ve heard here.

Eric Tymoigne is an Associate Professor of Economics at Lewis & Clark College, Portland, Oregon; and Research Associate at the Levy Economics Institute of Bard College. His areas of teaching and research include macroeconomics, money and banking, and monetary economics.