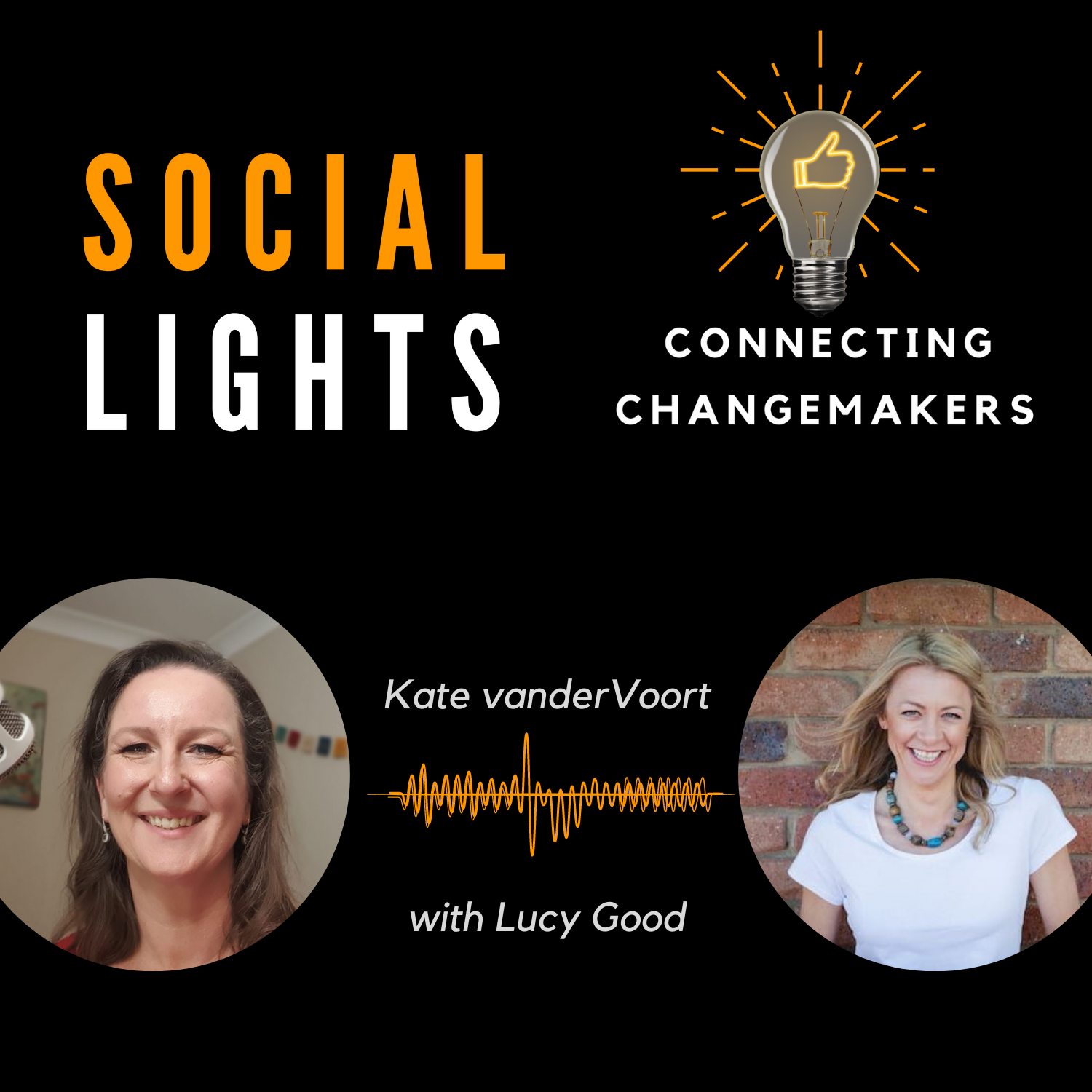 In this episode of the Social Lights Podcast, podcast host and Social Mediology founder Kate vanderVoort chats with Lucy Good, founder of Beanstalk Single Mums and the popular Facebook group, The Single Mum Vine. Lucy has been named as a finalist for the 2018 AusMumpreneur Awards in two categories: Making A Difference (business) and Women Changing the World.

Lucy Good is the founder of Beanstalk Single Mums, an online space which empowers single mothers to re-find their potential and re-build their confidence through a website that delivers targeted information and support. Lucy works with hundreds of single mothers through the offering of her online course and her Facebook group, the Single Mum Vine.

She sits at the centre of the think-tank of modern-day single motherhood and is a sought-after social commentator on single parent issues. As well as having her own blog and podcast series, she has appeared several times on national television, speaks regularly on national and local radio and writes articles for online and print parenting, news, lifestyle, and business communities. Lucy’s blog and podcast series are designed to support and empower single mums from all walks of life and on every stage of their single mother journey.

“The guidelines that you have for your group are imperative” (12:40)

-         We, we don't allow rants. You can't just come on and have a whinge. Now you can come on and say, look, I've had a really crap day because this has happened. Wonder if anyone else has been through the same or anyone's got any solutions or suggestions as I can as how I can get over it. But you can't just come on and say, I've just had a crap day because that helps one person, that one person who's put the post on and it brings down everybody else that reads it.

-         We don't allow man-hating or ex bashing in the group. So we're about trying to foster positive relationships with your ex partners, if at all possible. So we'd love it if someone comes on and says, Hey, you know my ex and I went into this with the kids today, we had a great day.

-         We have a lot of rules around what you can post, like no medical posts. You can't put a post on there because then you get all these people who have no idea what they're talking about, providing medical information. And we have had it in the past where we've had a kid in hospital because someone's given the wrong advice.

The guidelines are set up for a reason.

“You often get a topic which just keeps coming onto the thread over and over again. Sometimes it's a topic that doesn't really work with what the group is about” (22:53)

In discussing repetitive posts or posts that go off topic Lucy says; One other thing as well, that's really important is you'll notice that in groups, you often get a topic which just keeps coming onto the thread over and over again. Sometimes it's a topic that doesn't really work with what the group is about, but it has to be there. So for my group that’s Centrelink, everyone's got questions about Centrelink and they just flood the feed. Now the feed is meant to be upbeat, inspirational, funny, and Centrelink none of those.

So if that happens, then just create a weekly thread, say or a weekly posts and say, please keep all your child support and Centrelink questions within this weekly thread. And that just helps to tidy up the feed.

By having themed posts, it helps to keep topics of discussion grouped together. If it's all getting off kilter because of one topic you can contain it in a weekly thread.

“That personality is what makes a business in today’s online world” (28:36)

One of the biggest lessons Lucy learned in setting up Beanstalk was about showing up as the front of the business. Lucy thought she could set it up and hide behind the business. As someone who was not comfortable bringing herself forward into the limelight, she found that it wasn't until she started bringing herself forward and talking to people about herself, that she noticed this movement in the business. People started responding and were interested. It was making mistakes and doing things wrong that really resonated with people. It normalized things for other single mums. People love that, that personality is what makes a business in today’s online world.

You can find Lucy Good at:

Keep listening to upcoming episodes of the Social Lights podcast.