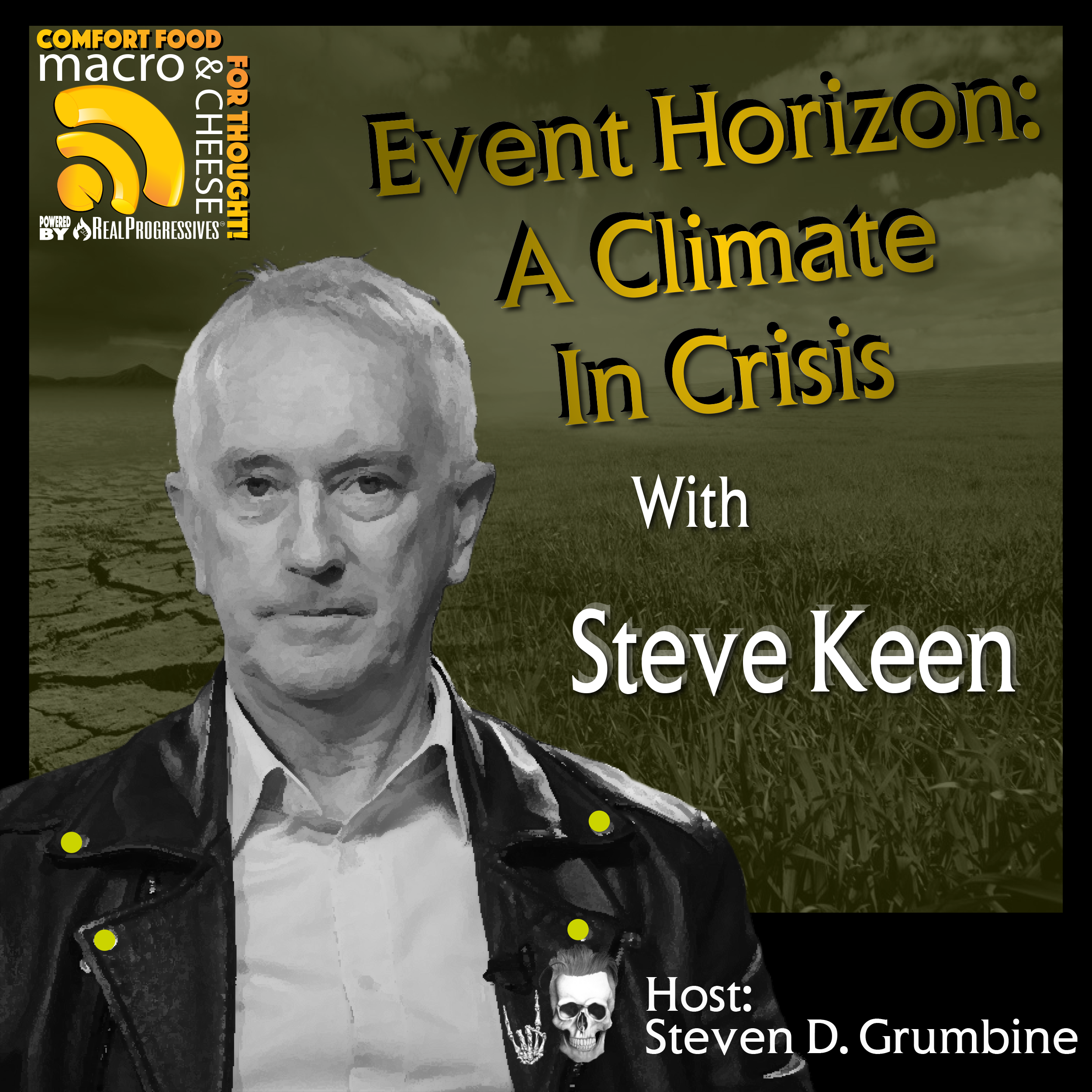 If you thought you understood the urgency of climate change, our guest, Professor Steve Keen, will shatter those illusions. We’ll be straight with you, this is not an easy episode to hear - but you need to listen anyway. How can we deal with the effects of climate change if we don’t understand the urgency? Professor Keen won’t sugar coat it but he can back up every statement with facts, figures, and astute analysis.

Throughout the interview, he refers to - and debunks - the work of William Nordhaus, who won the Nobel Prize for Economics in 2018 “for integrating climate change into long-run macroeconomic analysis.”

"When future generations ask why humanity delayed taking action against climate change for so long, Nordhaus’s model will be one of the prime suspects. The model, known as DICE – Dynamic Integrated model of Climate and the Economy – is a dangerous gamble for humanity’s future.

"Nordhaus’s transgressions are immense. His ‘damage function’ which he uses to estimate global warming damage is incorrect and uses data that has nothing to do with climate change. Despite this, the Intergovernmental Panel on Climate Change (IPCC) uses his model to advise governments about the economic impact of global warming."

Nordhaus’s sins trace back to his attacks on 1972’s “Limits to Growth” study. The predecessors to our contemporary climate deniers dismissed its findings, yet it has been proven remarkably accurate.

In this interview, Professor Keen compellingly compares facts to fancy. As his home country of Australia is ablaze, he explains why this was predictable. What you learn in this episode will enrage and probably depress you. We can’t afford to ignore it; ignorance is not an option.

Professor Keen is a Distinguished Research Fellow at UCL, the author of Debunking Economics (2011) and Can We Avoid Another Financial Crisis? (2017), and one of the few economists to anticipate the Global Financial Crisis of 2008, for which he received the Revere Award from the Real World Economics Review. His main research interests are developing the complex systems approach to macroeconomics and the economics of climate change.