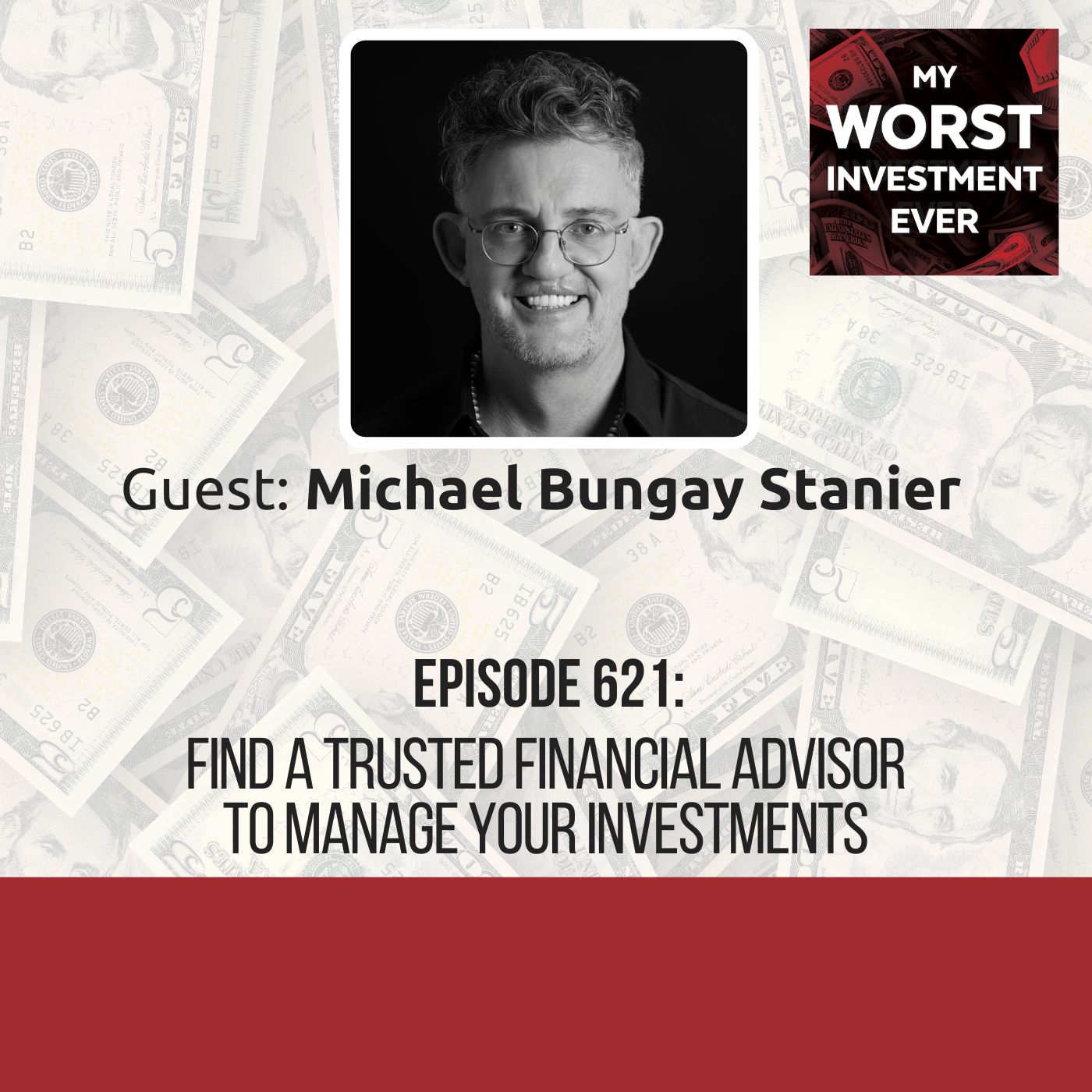 BIO: Michael Bungay Stanier is the author of seven books that have sold over a million copies between them. He’s best known for The Coaching Habit, the best-selling coaching book of the century and already recognized as a classic.

STORY: Michael had $5,000 that he wanted to invest. He tasked his wife with finding the most suitable investment option. She found e-trading. They opened an online account and bought one share from about 20 companies. When it was time to sell, they lost almost half the remaining value of the portfolio to selling fees.

LEARNING: If you’re struggling with investing, find a trusted financial advisor to manage your investments—separate creating wealth from growing wealth. Understand the nature of the markets before you invest.

“If you’re not going to be good at this, find somebody else who is. Then go find something else you can be good at.”

Michael Bungay Stanier is the author of seven books which between them have sold over a million copies. He’s best known for The Coaching Habit, the best-selling coaching book of the century and already recognized as a classic. His new book, How to Begin, helps people be more ambitious for themselves and for the world. Michael was a Rhodes Scholar and plays the ukulele badly. He’s Australian, and lives in Toronto, Canada.

In 2000, Michael was finally earning enough salary to invest some of the money. He had $5,000 that he wanted to invest. He talked about it with his wife and asked her to find out how best to invest the money.

Michael’s wife returned with a plan to do e-trading, where they could set up an investment account online and buy stocks. This sounded like a great plan. They set up an account and purchased one share from 20 companies they liked. Over time, none of the shares increased massively, so they decided to close the portfolio. This meant they had to pay a fee for every share they sold. So they not only lost money on the portfolio but also lost about half the remaining value of the portfolio to the costs of selling.

Think about what you want to do with money. What does success with money look like for you?

Michael recommends checking out resources on MBSWorks if you’re interested in figuring out the next big thing for you and how you might claim ambition for yourself in the world.

Michael’s number one goal for the next 12 months is to move into claiming writer more thoroughly as an identity.

“If you take one thing away from this conversation, may it be to learn to stay curious a little bit longer.”