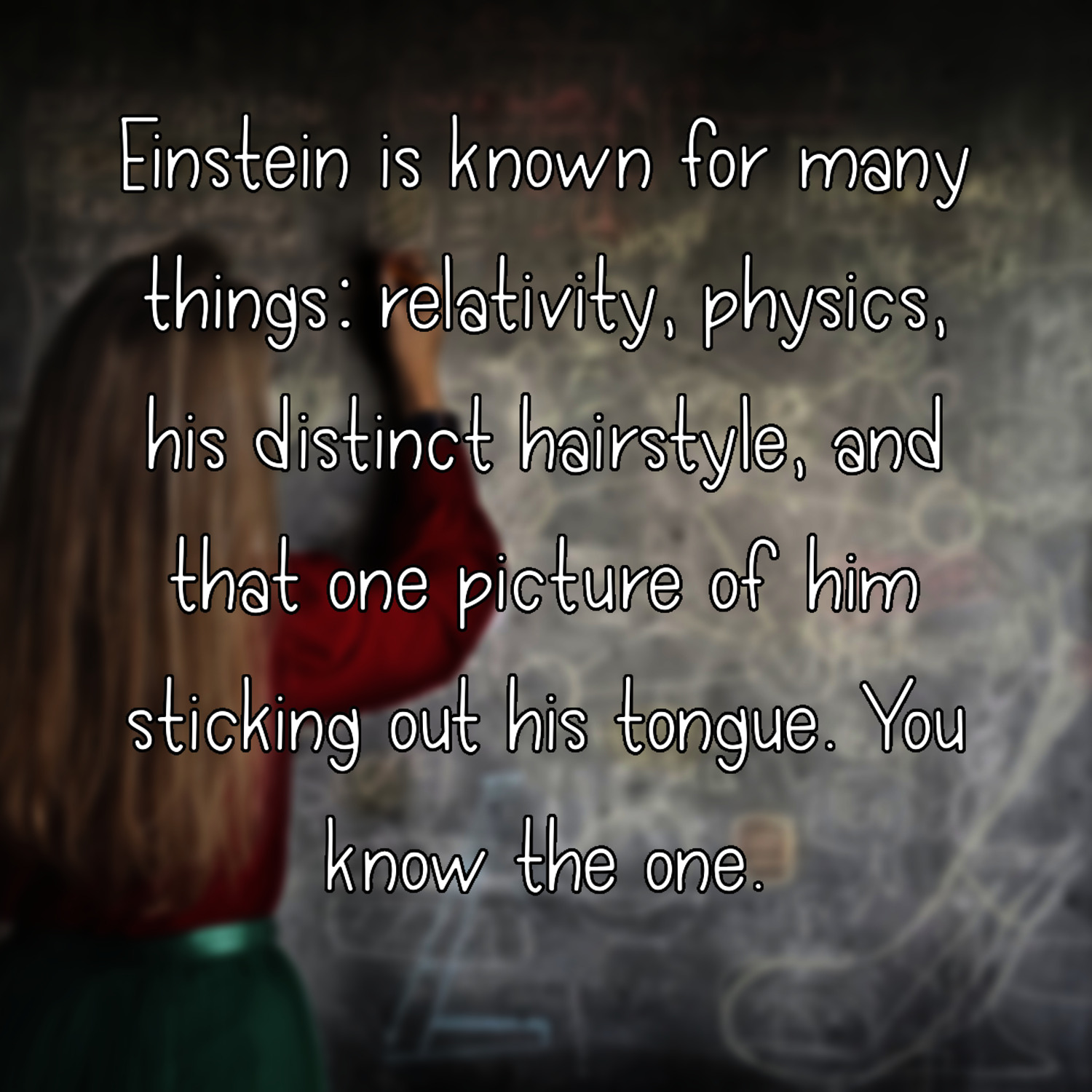 Albert Einstein is known for many things, but his thinking method of using thought experiments helped him discover the theory of relativity. It is a hypothetical situation, played out to the very end, as if it were reality. It allows you to test and study things that would otherwise be physically impossible, and make new discoveries therefrom.

Albert Einstein is known for many things: the theory of relativity, his contributions to physics, his distinct hairstyle, and that one picture of him sticking out his tongue. You know the one.

However, Einstein has in modern years become well-known for a few techniques that were said to aid his thinking and which led to some of his discoveries. Surprisingly, one he used frequently is one that we use most days of our life.

For instance, have you ever been with a friend and uttered the words “What if…”? You might be using this to explore a situation happening in your life, but what happens when you hear those words? Your imagination starts to work, taking as many factors into account as you can, and trying to project what would happen and why.

“What if humans were capable of flying?”

Most of the time, we’re just doing this to spin our wheels and create new topics of discussion. But what if we used these for the specific purpose of gaining greater understanding?

Taking the effort to explore hypotheticals goes beyond simple thinking skills that require only memorization, description of an observable event or situation, or even analysis of facts and concrete events. Because hypotheticals pose questions about what isn’t, what hasn’t happened, or what isn’t likely to ever happen, they challenge the imagination in new ways and sharpen practical intelligence. This is especially true when you pair it with a commitment to truth and clarity of thought.

For instance, you’ve never considered the implications of human flight because it’s impossible, so there is a world of thoughts that have remained unexplored. For instance, how would traffic lights work, what kind of licensing process would be required, would we still have cars and airplanes, and how would safety work? Now, how would those rules and laws apply to normal traffic situations in the present day? What might a workable design include? How would gas stations work? How would this work in polluted cities? Think through the realities of how everything would fit together—it’s no small feat!

A thought experiment is playing out a “what if” scenario to its logical and consequential end, and trying to fit it in with reality. It’s acting as if a theory or hypothesis is true, diving deep into the ramifications and seeing what happens to your “what if” scenario under intense scrutiny. Forcing yourself to reconcile something with reality will force you to more deeply understand what is involved and bring clarity to a situation.

A thought experiment allows you make new leaps of logic and discovery because you can analyze premises that current knowledge (and reality) doesn’t yet reach.

Flying cars may seem like a pithy example, but it presents many surprising considerations and problems when you truly treat it as something that needs to be accounted for.

Indeed, what if? What does that world look like? Many problems are solved, but what new problems arise? What would your day look like if you could fly, in excruciating detail? What would happen to cars and airplanes? What forms of transportation would exist? How fast would you be able to fly, and what would it be based on? How does intercontinental travel work? Would the ability to fly stem from wings or hollow bones or a general supernatural power?

One of the most famous thought experiments is called Schrödinger’s cat, which was first proposed by physicist Erwin Schrödinger.

In his thought experiment, he sealed a hypothetical cat inside a box along with two things: a radioactive element and a vial of poison. There is a 50% chance that the radioactive element will decay over the hour, and if it does, then the poison will be released, automatically killing the cat.

But in the 50% chance the radioactive element does not decay, the cat will remain alive. Because of the equal probabilities, it was argued that the cat was simultaneously alive and dead in the box at the end of the hour. That’s odd, isn’t it? Without getting into the weeds too much, this is a clear paradox because it is impossible for something to be in two different states simultaneously, being dependent on a random molecular event that wasn’t sure to occur.

How could an impossibility like that exist under current theories? Well, it can’t. Which means something is missing or needs to be changed. The Schrödinger’s Cat thought experiment proved that there were constraints to current quantum physics theories and gaps in the knowledge of how they were applied. This never could have been something observable or testable, and a simple thought experiment was able to discover this shortcoming.

Thought experiments were one of Einstein’s superpowers. He could imagine a scenario, play it out mentally with shocking accuracy and detail, and then extract the subtle conclusions that lay within.

One of Einstein’s most famous gedankenexperiments begins with a simple premise: what would happen if you chase and then eventually caught up and rode a beam of light through space? In theory, once you caught up to the beam of light, it would appear to be frozen next to you because you are moving at the same speed. Just like if you are walking at the same pace as a car driving next to you, there is no acceleration (the relative velocities are the same), so the car would appear to be stuck to your side. So far, so good.

The only problem was that this made no sense with the then-current understanding of physics and relativity. If you caught up to the light and stood upon it, then the light would appear to be frozen right next to you like a car. But that means it’s not light anymore as it was understood to be emitted in bursts at the time.

Similarly to Schrodinger’s Cat, realizing that light ceased to be light meant that a fundamental rule of physics (Maxwell’s emission theory of light) was either incorrect or incomplete. This thought experiment allowed Einstein to challenge the convention and eventually challenge what were thought to be set-in-stone rules set forth by Isaac Newton’s three laws of energy and matter. Again, without getting into the weeds, this meant that the concept of time could not be a constant, which directly laid the path for the theory of relativity.

Descartes would certainly have approved if they were contemporaries. Einstein used thought experiments to test theories and so-called rules that were unable to be tested in the real, physical world. In the process, he found that he could pursue truth without having to lift a finger.