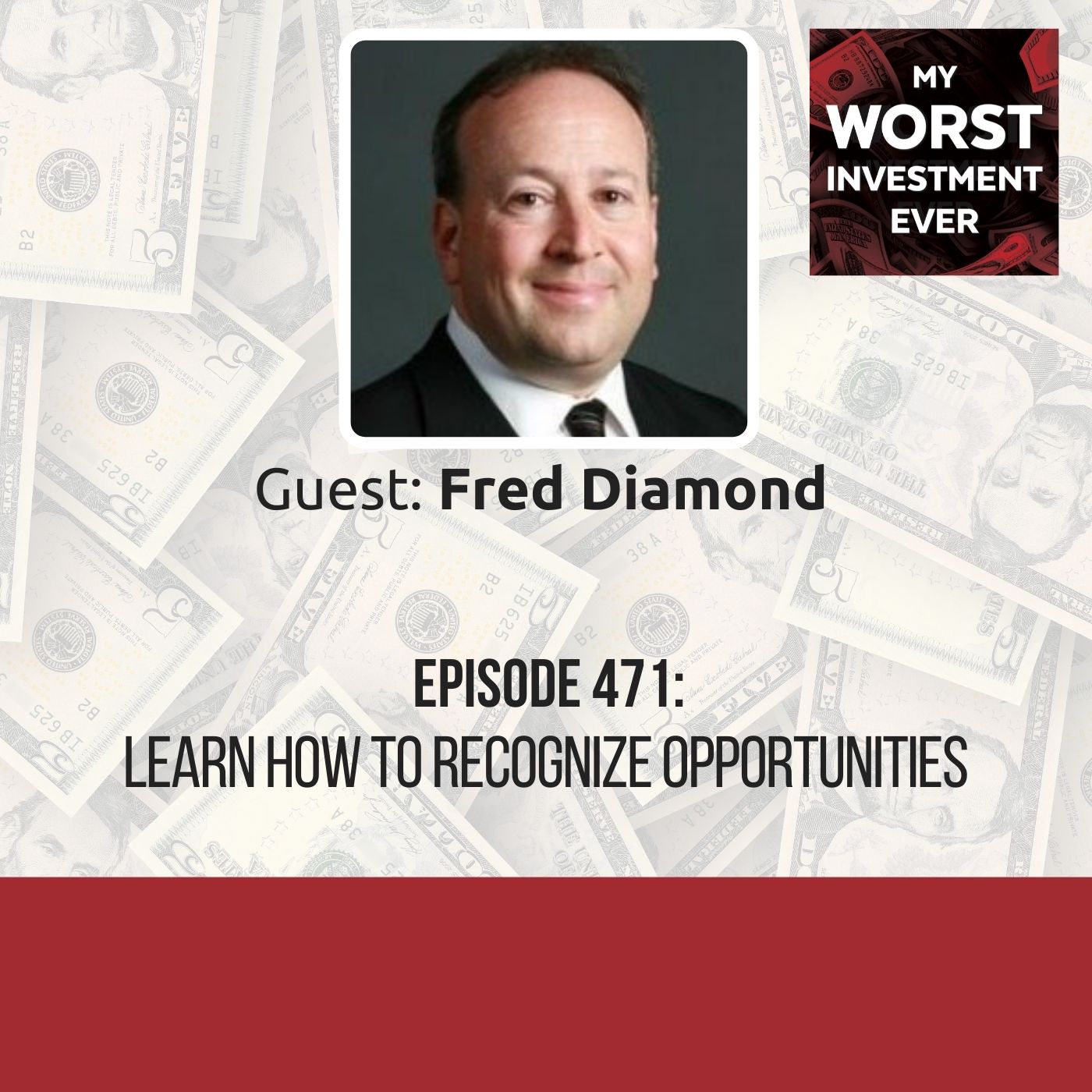 BIO: Fred Diamond is the co-founder of the Institute for Excellence in Sales, a member organization for sales leaders and their teams.

STORY: Fred had a friend in college who reached out to him three times requesting him to work for him over the years. Fred turned him down every single time. That friend ended up building a company that he sold three times over for five billion dollars.

LEARNING: Be open to the opportunities that come your way. Work with people you like and trust and who trust you too.

“If you want to start working for yourself, start now.”

Fred Diamond is the co-founder of the Institute for Excellence in Sales, a member organization for sales leaders and their teams. Members include Amazon, Salesforce, Red Hat Software, and Intel. He is also the host and producer of the award-winning Sales Game Changers Podcast and webcasts. Fred is based in Washington, D.C.

Two years after Fred graduated, he got a call from his college friend, Mark. He told him that he was starting a company and was inviting people to go to New York and talk about what kind of company they should start. Even though Fred was impressed with Mark in college, he didn’t consider him a serious entrepreneur, so he didn’t go for the meeting.

About seven years later, Mark called Fred. At the time, Fred was working at Compaq computer while Mark sold direct marketing services. He asked Fred if he could get a meeting at Compaq to pitch his services. Fred got him a meeting with the guy in charge of direct marketing, and he did a great presentation. Afterward, Mark asked Fred to work for him and help him take his company to the next level. Fred still didn’t quite see his friend as a serious entrepreneur, so he said he wanted to stay at Compaq.

Over the next couple of years, Fred moved to several companies, and eventually, he decided he wanted to work with pre-IPO startups. He happened to be in New Jersey on his way to Germany for some customer meetings and decided to have lunch with Mark. He told him of his desire to work with pre-IPO startups. Again, Mark asked Fred to work for him in D.C. He’d pay him $150,000 a year and give him 10,000 shares. Again, Fred turned Mark down because he didn’t think his company was what he thought a pre-IPO company looked like.

Fred went on to work with two pre-IPO companies that folded in just a year. Eventually, he started his own company that has gone to be the success it is today. While Fred is successful today, he regrets missing the opportunity to work with Mark, who built a company that he sold three times over for five billion dollars.

If you want to work for yourself, start sooner. If you’re committed, cut the bait, meet some brilliant people, be smart, hire someone, figure out where the cash flow will come from, and get the support of a spouse.

Fred’s number one goal for the next 12 months is to triple the sales of the Institute for Excellence.

“Start today. There’s no better time than today. Get out there and make something happen.”