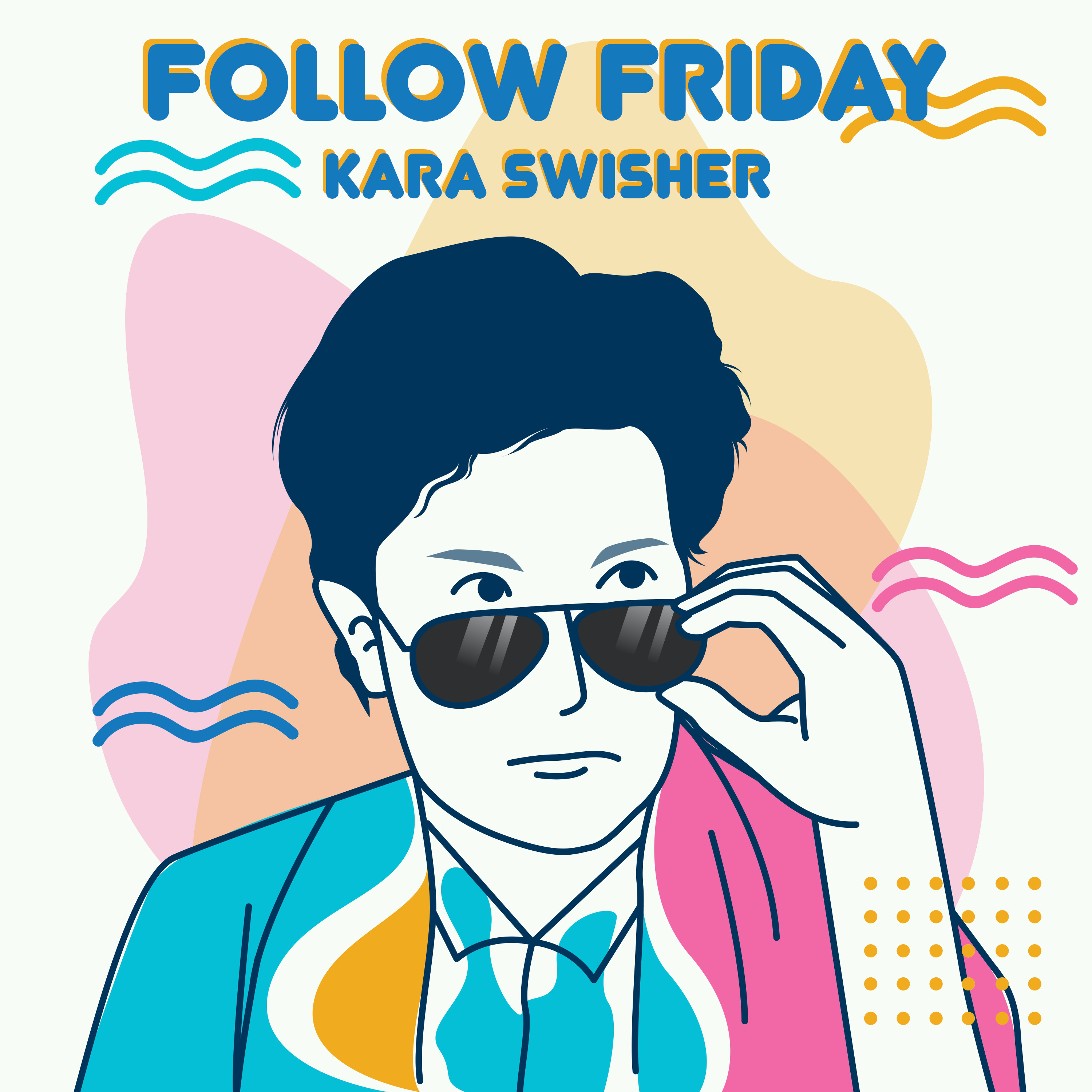 (Full transcript of this episode)

Some of New York Times writer Kara Swisher's favorite follows are people she has admired, crushed on, and befriended — and also people she has battled with, debated, and investigated. And that's no accident.

"I think people are dying for that in this incredibly partisan time. It's very hard to reach out to people you disagree with," she says, explaining why she comes to the table with people whom others might consider unpalatable. Pushing them away, she says, "plays into all the malevolent people who are trying to take us apart."

Olive branches aside, the Sway and Pivot host also promises to pull no punches in her forthcoming memoir about covering Silicon Valley as a tech journalist for the Wall Street Journal, AllThingsD, Recode, and now the NYT.

In this live episode of Follow Friday, recorded at Manny's in San Francisco, Kara explains what she likes (and, in some cases, hates) about her politically incorrect Pivot podcast co-host Scott Galloway; the actor and producer Gemma Chan; Twitter and Square CEO Jack Dorsey; newspaper columnist and "Fire and Fury" author Michael Wolff; and "Full Frontal" host Samantha Bee.

You can get bonus episodes of Follow Friday every week — including an extended conversation with Kara Swisher, coming early next week — when you back Follow Friday on Patreon, starting at just $1 a month.

Thank you to our amazing patrons: Jon, Justin, Amy, Yoichi, Shinri, and Elizabeth