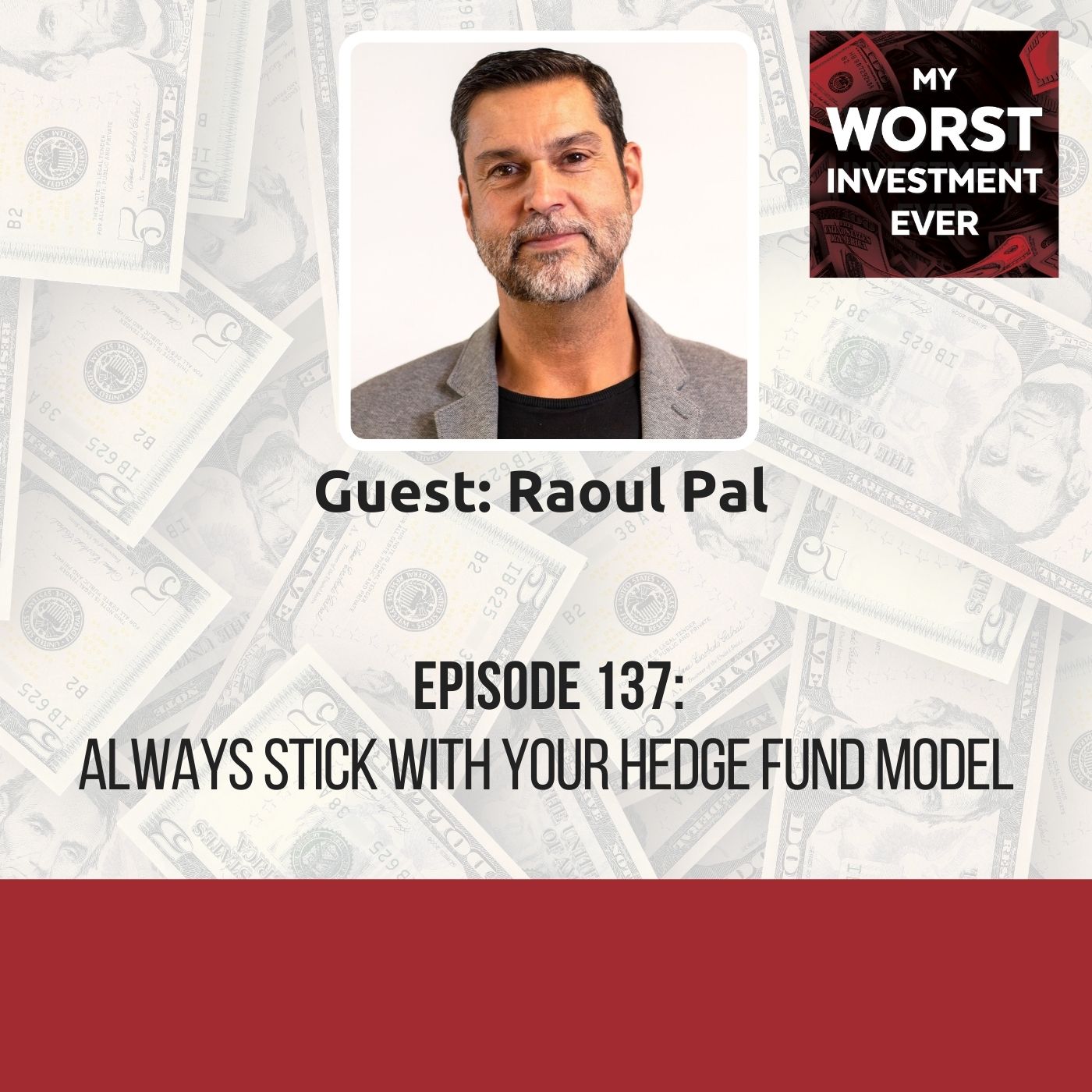 On top of the global macro hedge fund game

Raoul started The Global Macro Investor in 2005. He was managing his own money as well as advising many of the world’s top hedge funds, family offices, sovereign wealth funds, etc.

He had a pretty good first year out of the gate. His business did phenomenally even in the second year. He was at the top of his game.

By 2008, he had made a huge reputation for himself because his business was thriving and he’d lived and breathed the Asian financial crisis. Where macro is concerned, Raoul had made it.

The global financial crisis hit the global markets in 2007 and 2008. Most hedge funds barely made it out alive but Raoul was one of the hedge-fund investors who survived the crisis during these years.

How did he do it?

Raoul has a framework through which he follows and analyzes global economies. It is the framework that allowed him to nail the whole situation going into the crisis.

Most economists build a linear model of GDP, which Raoul believes is ridiculous. He’s more of an applied market economist. Raoul’s framework involves observing markets in conjunction with economies and looking for opportunities between the two.

The framework worked for him because when you look at the yearly rate of change of oil, gold, copper, the stock market or emerging markets, they’re all the same, they’ll go up and down with the US business cycle.

So he’d use something like the Institute for Supply Management (ISM) supply management survey, a poll of purchasing managers in the US, to give him an idea of whether they are more or less confident in the economy. This helped him sail through the storm.

Overconfident, he ignores his faithful framework

Come 2009, things were different. No one was sure whether they were through the worst of it or not. At this point, unlike the other times, Raoul ignored his framework, which was suggesting that the business cycle had probably bottomed out. Not certainly, but probably. In his view, some hurdles could worsen the cycle. He believed that it was going to go lower.

While his framework was telling him that the business cycle would not bring him any return, he believed that there would be probabilistic outcomes and that risk would return to the markets and he’d make some recovery. This never happened.

After a series of four years of the best returns he’d ever had, 2009 became by far the worst year he’d ever had investing, and in advising. The market never recovered that year and so his investment didn’t bring him any of the returns he had calculated.

Raoul was able to recover from the worst investment of his life, but psychologically it took a few years to regain his faith.

The 2012 Eurozone crisis made it even harder for Raoul to recover from his loss. During that crisis, he was living in Spain.

Things were so bad he was having to buy food and store it. The markets were shaky and there was no guarantee that the banking system would last. Greece had imploded, and the Cyprus banking system had shut down entirely.

So it was an extraordinary time. It was hard to escape the psychological trauma of the loss he had incurred in 2009. Thankfully, he was able to return to his hedge fund management glory in 2013, 2014, and 2015.

Put odds in your favor

Nothing is a certainty so always put odds in your favor and not against you. Raoul admits that he should have seen something negative in the market and taken on less risk than he did.

The very thing that has given you the best returns of your life is the very thing that can bite you. Raoul had gone against the crowd several times in 2007 and 2008, and this had made an extraordinary return for him.

So understandably, after winning consistently, he became overconfident. He went into that phase thinking, “No, I’m right, I can override this”, even when his framework was telling him that the odds were against him.

Yep. This time luck wasn’t on his side.

Confidence can lead to overconfidence

Confidence is something that builds over time as we invest or as we do anything. And unfortunately, confidence sometimes leads to overconfidence. This is one of the most classic behavioral biases that you always have to be careful about. If you’re overconfident, the market will teach you a lesson.

Frameworks work during certain times, and sometimes they don’t. You don’t have to abandon your framework but always question it.

Don’t let emotions get in the way

It is so easy to get caught up in the emotion of success, the emotion of failure, and the emotion of trying as an investor to take a bet. It’s your job to find something that the rest of the market doesn’t see and take a strong view on it. But sometimes we let our emotions get in the way and we forget to look at things objectively.

Have a framework and use it. Different people have different frameworks that work for them. Stick to your framework, do test it, have faith in it, and understand how it’s going to work.

Raoul’s life is currently tied up in Real Vision, and this incredible journey of creating the Netflix of finance. His main goal is to create the world’s best financial video content that’s all about storytelling and engagement. He wants to make finance interesting and unique.

“You only learn from making mistakes, you can hear me make mistakes, but you’ll only really understand it when you make your own mistakes. So you can make mistakes as long as the size of the trade is right.”

Raoul is encouraging hedge fund investors to take calculated risks and not to be afraid to make mistakes. You’re going to lose money, but you’re going to learn from it.

You can check out Andrew’s books here

You can also check out Andrew’s online programs

Upcoming on Real Vision is a two-week series of Gold vs Bullion, from 14 October

Raoul will be interviewing:

During the two weeks Real Vision will be exploring the role of bitcoin and gold as alternative asset classes in a world of ailing monetary regimes and a seemingly unstoppable push toward negative interest rates.

In this new world, how can investors preserve their wealth?

Does gold remain on top as the ultimate safe haven asset or is bitcoin the new “digital gold”? Raoul will be covering these and plenty of other questions that investors tell us they want the answers to...

For Worst Investment Ever followers, Raoul is also offering a three-month Real Vision subscription for only $1 (limited time only). Here is a link to the landing page