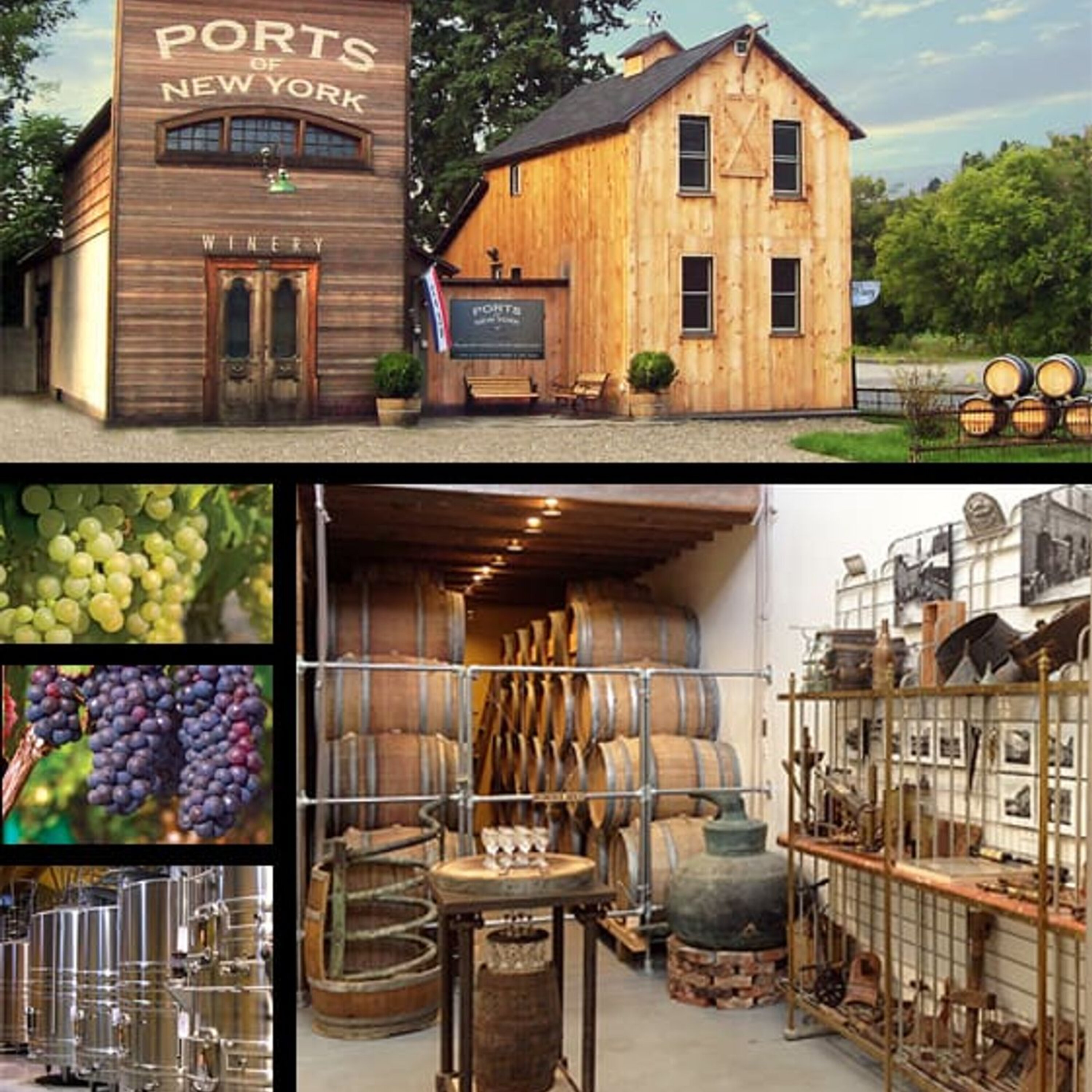 In this episode, we talk with Frederic Bouche of Ports of New York Winery. We discuss his history of winemaking and French background.

Our featured winery is, we travel to Ithaca, New York, home to Cornell University, and also has the highest percentage of workers who walk to work. Seventeen percent of their workers walk to work. Also home to Alex Haley, the Roots author, and Vladimir Nabokov, the Lolita author, and most importantly, home to Frédéric Bouché, and I'm the owner and a winemaker of lots of New York winery.

As you can probably guess, Frederic is from France. So just a little background on France. They produce 78 billion gallons of wine per year. And going back even further, the Catholic Church at one time was the largest vineyard owner in France. However, in 1860, France was plagued with wine maladies. They hadn't quite perfected the making. And so, they declared it a national crisis in 1860. So they called in Louis Pasteur. Yes, the same man who perfected pasteurization. And in 1866, his essay, Studies on Wine, became the foundation of modern winemaking. He had saved France's wine industry. So that brings us up to Mr. Frédéric Bouché and his family history.

So it started with my great grandfather in 1919. And that was in France, in Normandy. So basically, my great grandfather told me he had vineyards in Baldo, which is yet another region, a true wine region. But he moved to Normandy in 1919 because his wife was from there. And when he moved there, he realized there was no wine, no more. Which was not a wine region? So he saw the opportunity and brought in some of the table wine, just to put it in kind of context.

How big is wine intertwined in their culture at that time?

So in Normandy, nobody drank wine or very few people because there was no access to it. So they were drinking hard cider. And you are still very complex. Hot cider, cold calvados. And so he brought in the words and ignoring warnings from everywhere from France and then bottled them under his name, alanine, and then that's what he would sell. So he was one of the very first people to sell French wine cellar to hotels and restaurants in the region.

They were loving this. They were there was a huge step up from cider to what he was producing. It was really high-end because you could. I mean, at that time, you could get the amazing wines for not much money and restaurants real. So we're doing custom labels for sure. Restaurants. Wow. It's quite amazing. Yeah. You think about 1999, the technology, and just what they were dealing with at the time.

You think. Oh yeah. I mean, we would print 50 labels, 40 or 50 different labels. That's it. The designer there, you know, he was not a problem. There was some work done by hand. Small quantities were an issue. But at any rate, this winery ultimately did not turn out to be to survive because the laws changed drastically as far as the appellation from region to region. In fact, the idea of bringing wine, some older regions of France in you all look in the Stone Age, then bottle them under your own name is now completely illegal. We saw that going well before. I mean, the old appellation, like champagne and all that. So basically, although it was extremely successful until the mid-70s, it was clear I went there. I left in 1979. I went to study in Paris. And that at that point, it was clear that there was no future.

So eventually it was sold in 1990. What happened next? We'll find out in part two in our conversation with Frédéric Bouché of Ports of Wine, New York. If you'd like to get a visual of what's a winery is all about, go to portsofnewyork.com

Oh, yes. Now it is time for a listener voicemail question.

Does wine go bad? When does it expire? It strongly depends on its quality. If it's a quality wine, it can be stored even for 100 years. And after opening, it will be of great quality. Well, thank you for your question. Sorry. It's good to know that if you open up a bottle of wine, it could last up to one hundred years. I wish other things lasted that long.

Thank you for listening. I'm Forrest Kelly. This episode of the Best Five Minute Wine podcast was produced by IHSYM. If you like the show, tell your friends and pets and subscribe until next time, pour the wine, and ponder your next adventure.