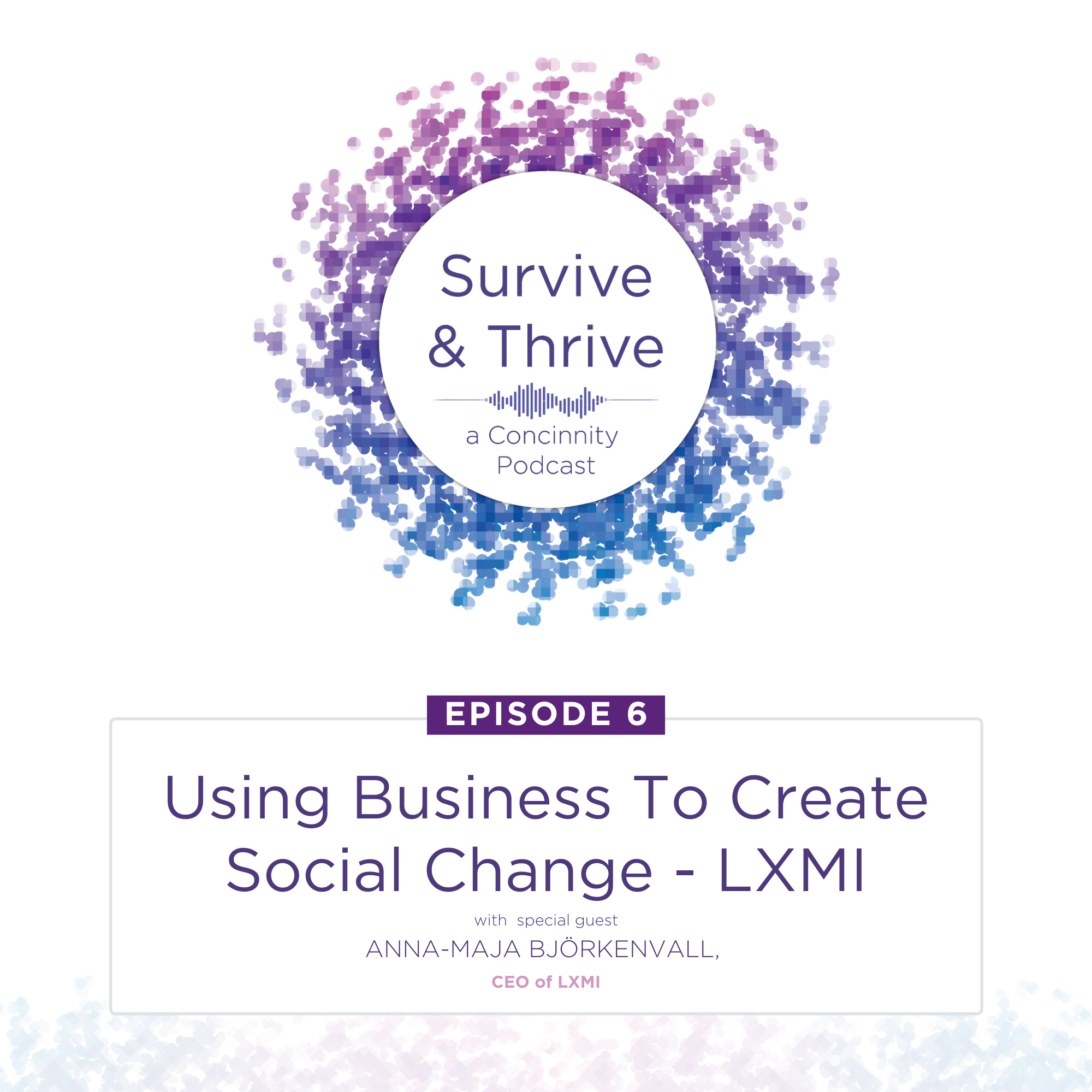 How can businesses create a better world? Anna-Maja Björkenvall, the CEO of LXMI, discusses how their business model and supply chain are helping end global poverty and save the environment at the same time.

Anna’s story is an empowering one, starting when she came to the United States with nothing but a suitcase to eventually becoming the CEO of LXMI after founder Leila Janah passed in 2020. She also details some of the difficulties she’s faced stepping into a new role at the same time the coronavirus pandemic hit, as well as how businesses should take a more focused approach to create social impact.

Anna came to the United States with little more than a suitcase and a dream. After living in England and Rome, Anna had a conversation with a stranger that prompted her to move to Miami despite having never been to the city or knowing anyone there.

After earning a degree in psychology and marketing and earning her green card, Anna worked at a few companies before another life-changing move to New York. It’s there that Anna met and became friends with LXMI founder Leila Janah.

Sadly, Leila passed away in 2020 at the age of 37, but she lived an impressive life. Jennifer talks about some of Leila’s remarkable accomplishments and Anna discusses Leila’s battle with cancer and ultimately her passing.

As Leila went through treatment, Anna stepped in to run the company. Upon Leila’s passing, she was asked to remain and become the new CEO with Leila’s blessing. She explains her feelings on both Leila’s death and her own journey.

A month after Leila passed away, Anna was hit with another career- and life-defining moment: The coronavirus pandemic. Anna shares the fears she had of trying to fill Leila’s shoes and the difficulty of handling everything in such a short timespan.

Being open and authentic through a crisis (9:09)

With so much turmoil in such a short period of time, Anna could have easily retreated or faked her way through. Instead, she was open and emboldened her team to be authentic and to share their emotions and thoughts during unprecedented times.

Part of what makes LXMI such a unique brand is how they source and produce their products. LXMI’s supply chain comes directly from the source in places like Uganda, where they aim to end global poverty by paying at least three times the average local wage. But the pandemic created new challenges for those workers. Anna talks about what they’ve learned about those workers and the importance of creating sustainable jobs in those locations.

Philanthropy can be a real game-changer for developing countries but it also has a downside. Anna explains how doing things like building wells or schools are great but can actually further divide these areas due to income inequality. That’s where LXMI tries to change things by providing job opportunities for marginalized communities in an effort to eliminate poverty.

Uplifting people and protecting the environment (15:34)

Not only does LXMI’s mission help bolster impoverished communities and empower women, but it’s also benefitting the environment as well. Anna believes providing high-paying job opportunities to these regions provides a financial incentive for conservation as well.

Using the pandemic to provide a societal impact (19:11)

The coronavirus pandemic and social justice concerns have impacted the world over the last year. But it has also made consumers hungry to see businesses do more to improve society. Anna believes people want to see businesses take the next step and truly embrace social change beyond gimmicky marketing campaigns.

With the pandemic creating unique challenges and the recent anniversary of Leila’s passing, it has been a difficult time for Anna. She discusses how she’s coped with those hurdles and come out on the other side stronger.

Like most, Anna has discovered she’s not alone through all these difficulties and there is so much support. The challenges of the last year have empowered Anna to be a better leader by being authentic with those around her.

When feeling overwhelmed, Anna looks at LXMI and the lives the company has changed. Whether it’s the financial independence and female empowerment the company has helped cultivate in its supply chain and customers, Anna is able to lean on the good she and LXMI have done.

Anna thinks companies can not just survive but thrive in troubled times by taking a look inward and trying to make a social impact. She says that while other companies might just look at the cost of such endeavors, there are real benefits to be had by creating a better business model.

Anna truly believes in “clean beauty” and the impact it has on people, both mentally and physically. She discusses some of the ways our current use of chemicals can be problematic and why we should be thinking more about what we put into our bodies.