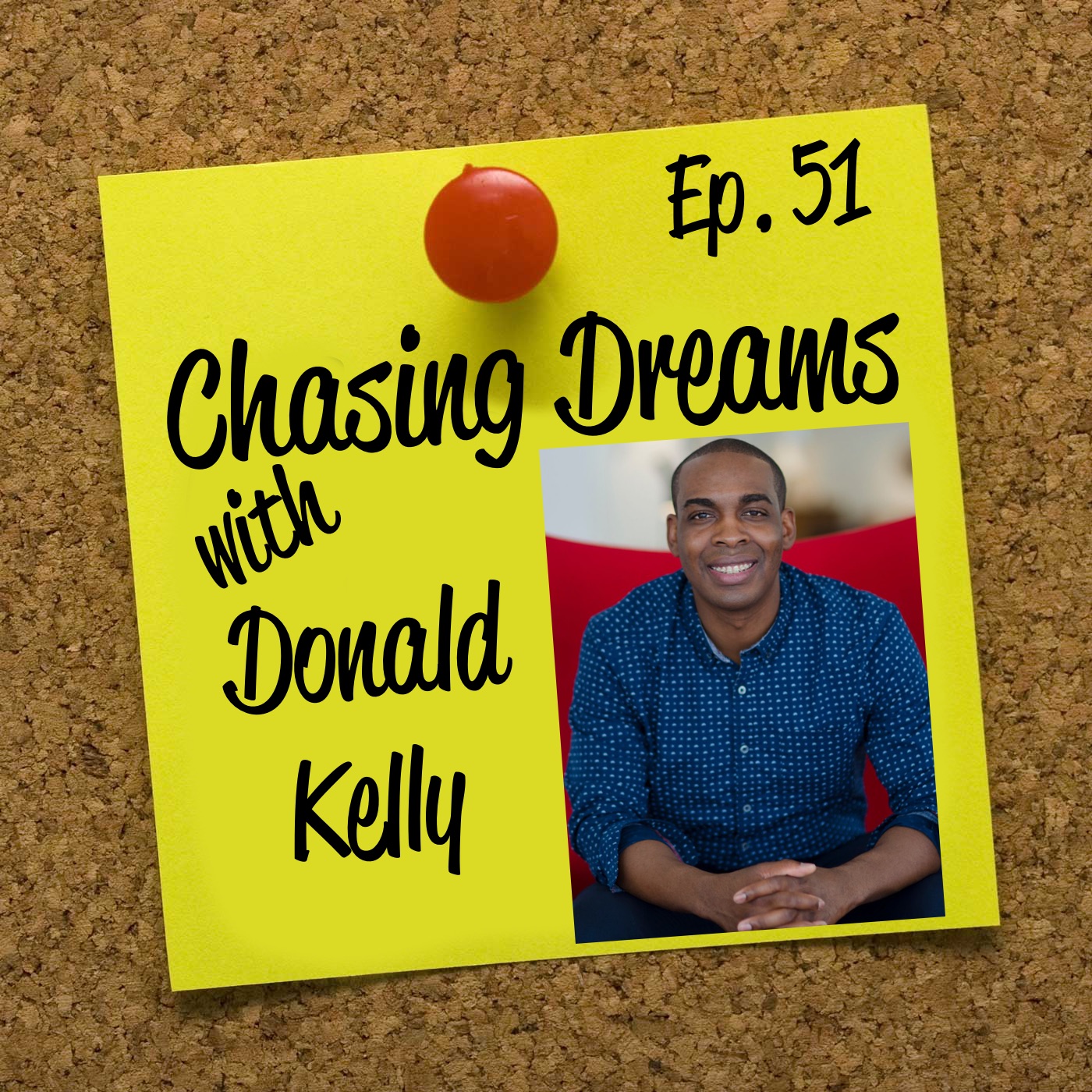 Donald Kelly is a powerful sales trainer, an award winning speaker and host of the most dynamic sales podcast, "The Sales Evangelist". His sales experience expands across a variety of industries including SaaS, IT technical training courses, home security systems, manage IT services, medical and sales training. Donald's mission is to evangelize the method of effective selling to motivate sellers of all levels to DO BIG THINGS!

Your natural talents are great but if you really want to excel they are not enough.

Aimee found it very interesting that her guest, Donald Kelly insists that people with natural talent still need to get training in order to make the most of their attempts at reaching their dreams. Donald has tons of natural charisma and talent but discovered on his own journey that the skills he’s learned and has been able to refine over the years are much more than they ever could have been if he hadn’t sought out mentoring and organized instruction. Donald has a ton of great advice for dream chasers on this episode, so be sure you listen.

When he learned the “What to do” part of sales, his sales performance exploded.

Donald Kelly has a lot of experience in sales by the time he landed his first B2B job. That’s when he discovered that he hadn’t really learned much about the real task of selling, he’d just been running on natural ability and talent. As he was trained with the “what to do” part of sales he began to realize that sales is a skill that anyone can learn if they will simply put in the work to learn it and apply the knowledge they have. His own sales career began to skyrocket when he made that important step and he encourages everyone to seek out the coaching or instruction they need to make their dreams come true.

TWEET: When he learned the “What to do” part of sales, his sales performance exploded

Even entrepreneurs and business people need a support team.

You may be talented. You may have impressive knowledge or skills. But if you don’t have a support team around you, you are going to be hindered from accomplishing everything you could. Donald Kelly has learned that the support of family, friends, coworkers or partners, and a good team around you will enable you to excel much more rapidly than you can on your own. His example of getting good support is one that provides a good deal of inspiration, and you can hear how it works out for him on this episode of Chasing Dreams with Aimee J.

In order to be successful, you have to do the opposite of what everyone else is doing.

When Aimee asked Donald Kelly what his best recommendation or advice was for those who want to chase their dreams, he was quick to respond that every person who wants to make a difference has to make sure that they are doing things differently than everyone else is doing it. He doesn’t mean that you try to be weird in order to be different but that you need to put your particular personality or spin into it. That’s how you stand out and how you bring something that’s truly of value to the niche. When you’re able to do that you attract the people who learn best from your style and approach to the subject.

TWEET: In order to be successful you have to do things differently from what everyone else is doing

In order to be successful, you have to do the opposite of what everybody else is doing.

TWEET: Your natural talents are great but if you really want to excel they are not enough

TWEET: Every entrepreneur and business person needs a support team