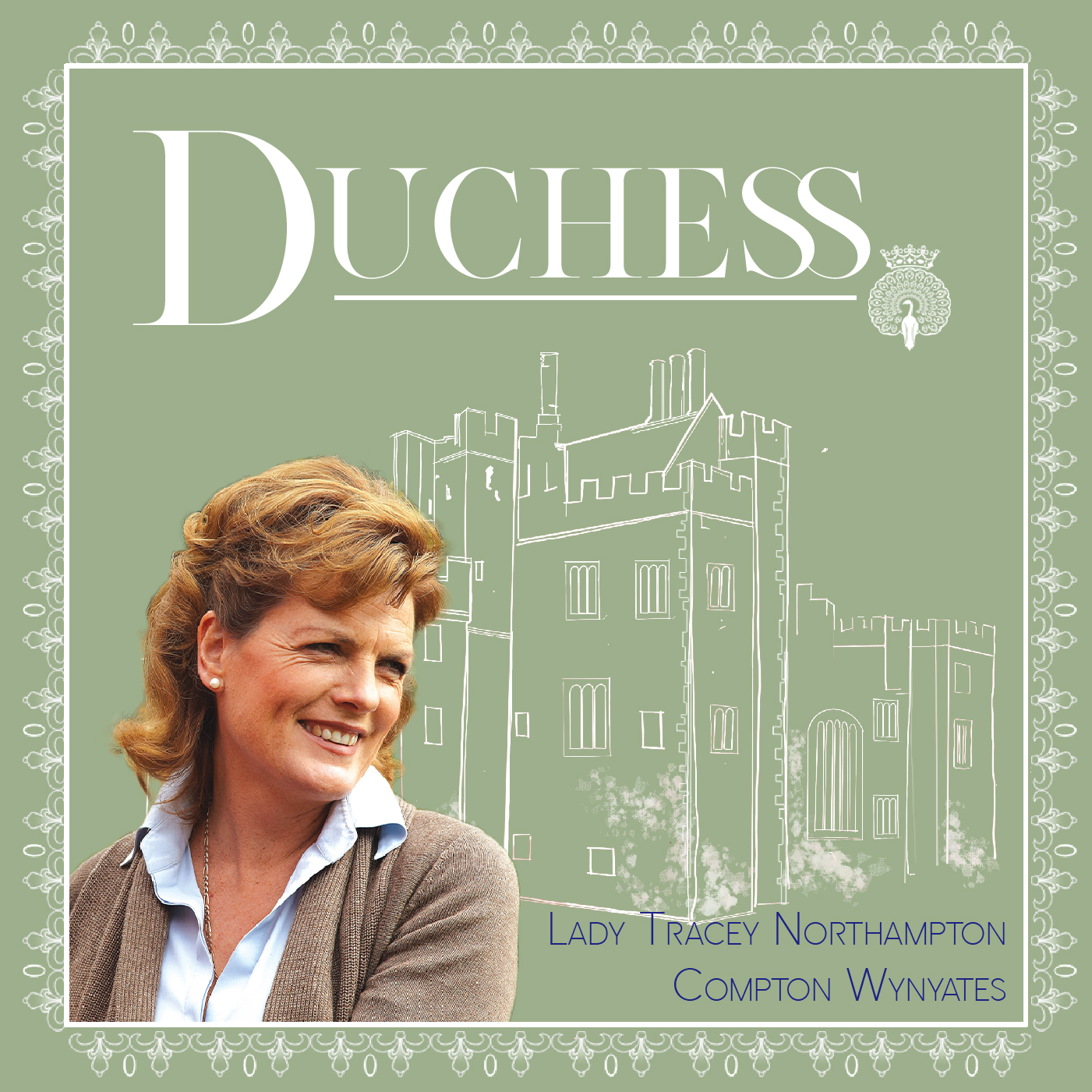 On this week’s episode, the Duchess of Rutland speaks with Lady Northampton who is a custodian of two historic homes: Compton Wynyates & Castle Ashby. In the show, the Duchess learns how one of Henry’s VIII’s closest confidants helped build the Spencer family line, Lady Northampton elaborates on why Compton Wynyates is such an architecturally unique place, and we are introduced to the unpublished female poet that was admired by Wordsworth and Sir Walter Scott.

"I'm very keen on creating a harmonious atmosphere in these incredible places. I like to think that I create an atmosphere at Compton where the staff and team there feel like we are all part of one family." - Lady Tracy Northampton

"In heritage, it's so integral that you retain the essence of what you are, what you believe in, what you stand for. If you lose your roots as a human being you can't fulfil the role because the role is not true to who you are." - The Duchess of Rutland

"When you look at some of these portraits they seem so austere and fixed and far away from how we are now. But they have a soul." - The Duchess of Rutland

Lady Tracy Northampton is a trained psychotherapist and yoga teacher. She married her husband, Spencer Compton, 7th Marquess of Northampton in 2013. The couple live full time in Compton Wynyates which is an extremely well preserved Tudor Mansion. Unlike all other homes in the series, Compton Wynyates is not open to the public.

Compton Wynyates is a Tudor country house in Warwickshire, England, a Grade I listed building. The Tudor period house is constructed of red brick and built around a central courtyard. Compton House was erected by Sir William Compton c1520, allegedly on the site of an earlier Tudor building. The early 16th century house is now considered one of the best examples of the picturesque irregular Early Tudor style in England. In 1572, Elizabeth I stayed in the house. In 1617 James I spent a night at the house. Compton was also visited by Henry VIII and Katherine of Aragon during the early years of the king’s reign. Over the entrance the Royal Arms of England are supported by the dragon and greyhound of Henry VII and Henry VIII. Today, Compton is the home of Lady Tracy and Spencer Compton. In the nearby village, the couple have a pub-hotel called The Falcon they own and run together. Wynates is the birthplace and burial place of Spencer Compton, 1st Earl of Wilmington, considered to be the second Prime Minister of the United Kingdom. Compton Wynyates was also the inspiration for Croft Manor in the Tomb Raider series.

To learn more about Abercrombie & Kent, visit their website here