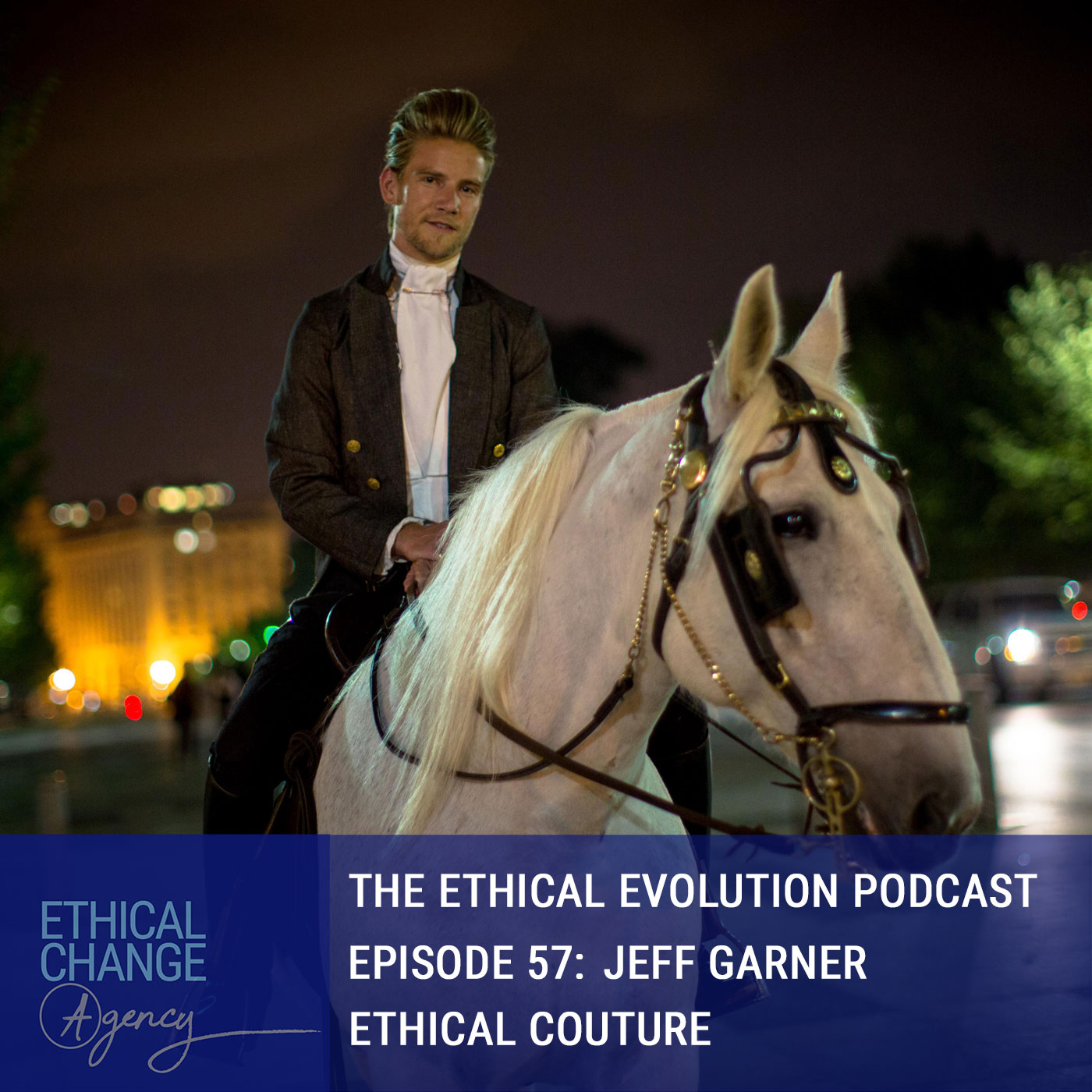 When I stumbled across my next guest in a list of potential guests it was a no-brainer that we definitely needed to talk as our missions aligned. The more I learned about this exceptional human, the more curious and in awe I became.

Jeff Garner describes himself as a romantic visual artist, pioneer and unconventional designer of his sustainable label Prophetik. Apart from unapologetically being a mad scientist of fashion in a way that is kind to humans and the planet, his list of achievements are as breathtaking as his work. He has been named one of the top 40 artists in the US and his works were placed permanently in the Smithsonian’s Renwick Gallery for the 40 under 40 exhibition. He is also an Emmy award winner for his documentary on sustainable fashion called Remastered. As a prominent ethical voice in the fashion industry, Jeff dresses many artists such as Sheryl Crow, Taylor Swift, Miley Cyrus and Kings of Leon just to name a few. Born and raised in the Civil War town of Franklin, Tennessee on a horse farm, Jeff has a deep connectedness with nature.

After spending time with Jeff direct from his cabin in Malibu, it became clear to me that his is a voice that needs to be heard and his pioneer spirit needs to be shared. I hope you enjoy getting to know Jeff as much as I did.

Book a call with Bindi
Be The Change apparel