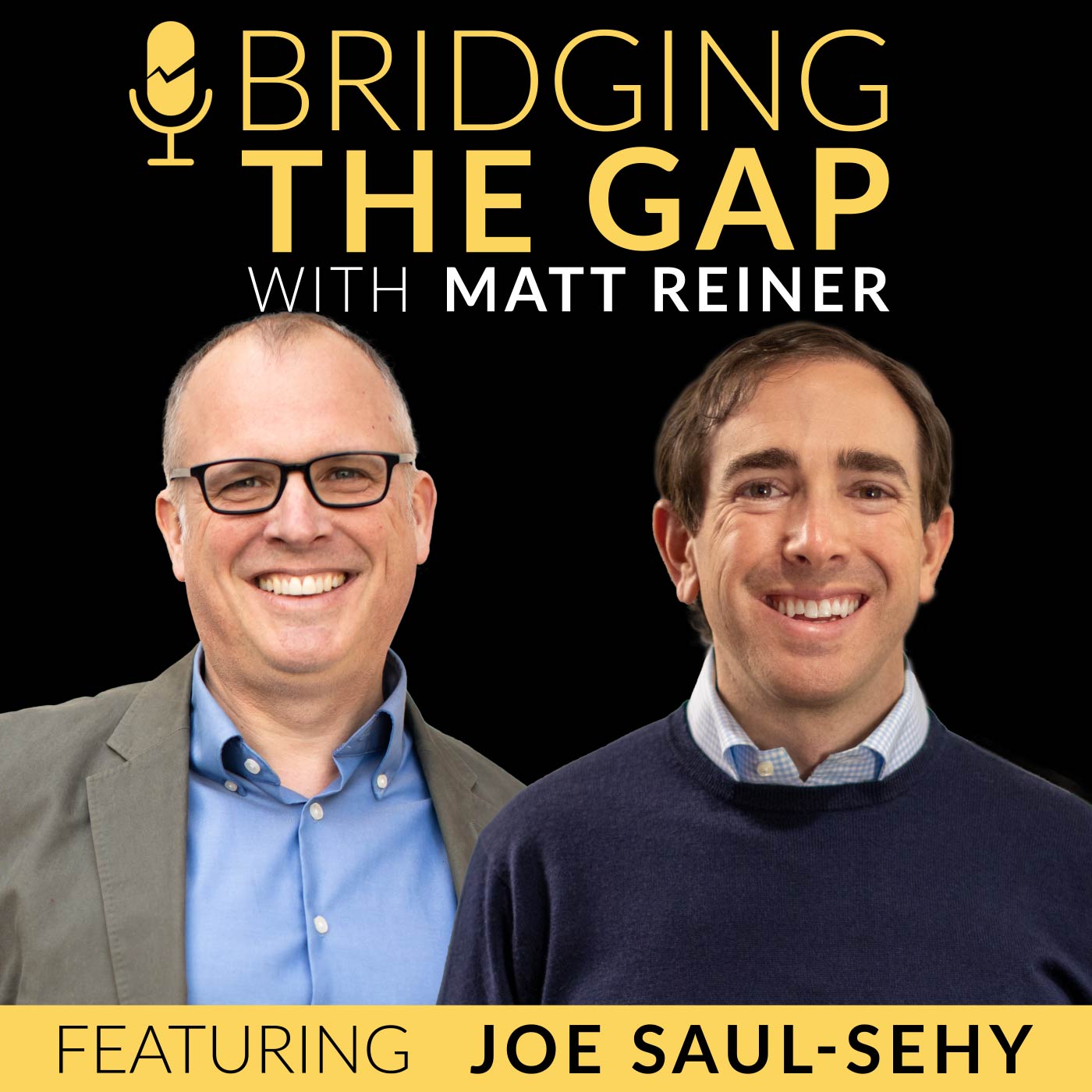 In this episode, Joe Saul-Sehy, host of the Stacking Benjamins podcast, joins Bridging the Gap to discuss his thoughts about the FIRE movement, how he works with his clients to analyze and understand the future, and how he helps his clients enjoy the journey as much as the prize.

Joe is the creator and co-host of the Stacking Benjamins podcast and co-author of STACKED: Your Super-Serious Guide To Modern Money Management. He is the current board member at large of The Plutus Foundation, and the former board president and Board Member of Partnership For The Pathway.

While Joe’s “money expert story” includes being a former financial advisor (16 years) and representing American Express and Ameriprise in the media, his real story is how he was a money disaster in his early life, pulled his financial house into order, and left his business at age 40 to pursue an entirely different path.

The Stacking Benjamins Show was called the “Best Personal Finance Podcast” by Kiplinger. Lifehacker listed the show as one of the top 10 of 2021. Joe and the SB team have won five Plutus Awards and the Academy of Podcasters “Best Business Podcast” award (beating well-known shows like The Tim Ferriss Show, How I Built This, and Gimlet’s StartUp).

The Stacking Benjamins Show is created in Joe’s mom’s basement in Texarkana, Texas, where Joe lives with his spouse Cheryl and their cat Cooper.