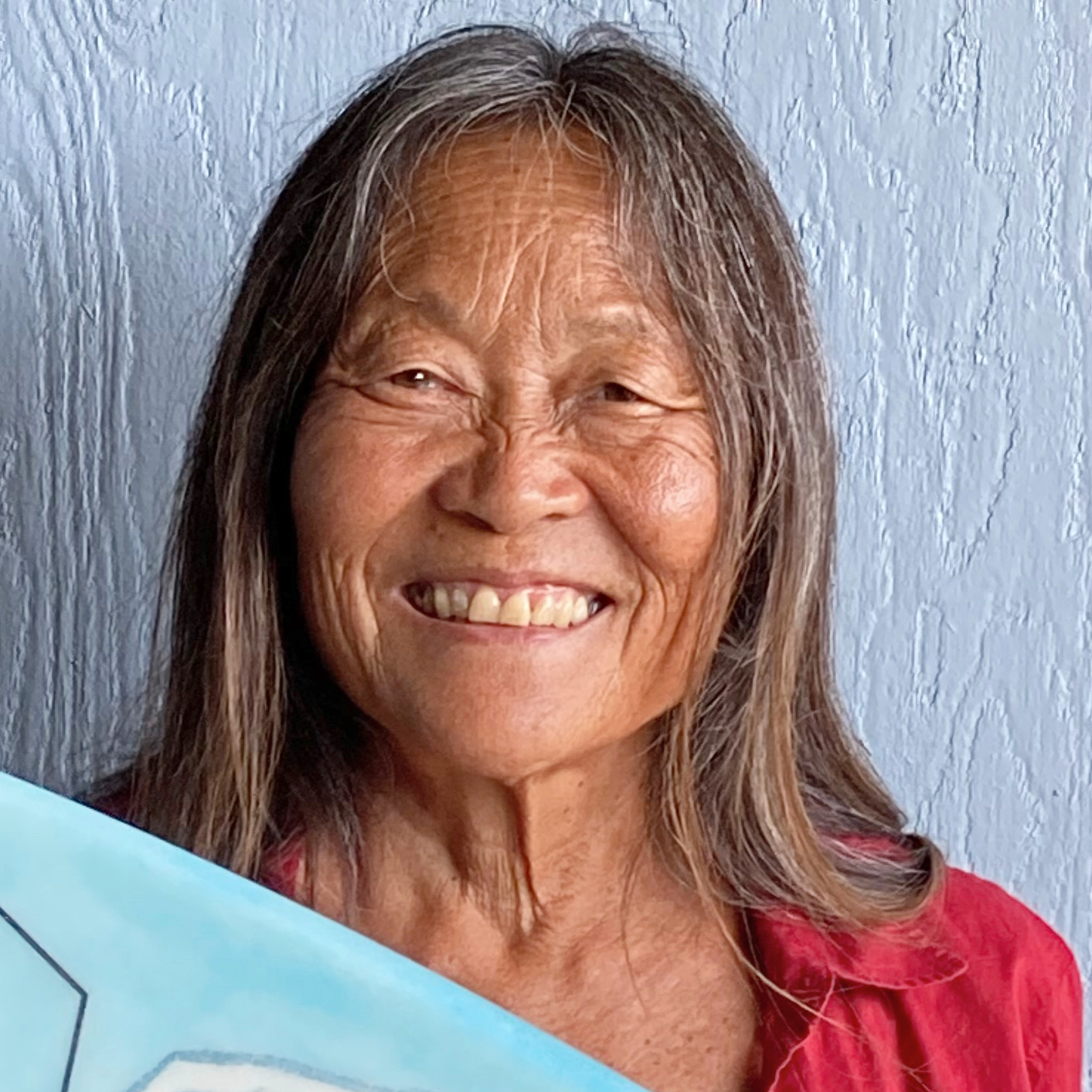 Environmental artist, activist and teacher. Free-spirited surfer and voice for her beloved whales and dolphins, whom she's dubbed The Cetacean Nation. Oh, and skateboarding sensation on the famous Zephr ("Z-Boys") competition team from the mid-1970s in California. She's the one and only Peggy Oki, and we're thrilled to have her on the show in this exclusive interview.

Peggy talks about her recent encounters with sperm whales in the Caribbean. She updates us on her dogged campaigning on behalf of Tokitae (Lolita), the Southern Resident orca who's been held captive in the Miami Seaquarium for the past 51 years. (We covered Tokitake's plight and the efforts to free her in Season 1, especially in the episode Bringing Her Home: The Lummi Claim to a Captive Orca.) And she shares how the likes of Jacques Cousteau, Sir David Attenborough and Jane Goodall have inspired her life of advocacy for the ocean and the beings who call it home.

Peggy’s original artwork has been displayed in 21 one-woman exhibitions, 40 group exhibitions, and more than 80 private and commercial collections. She is the director of the Origami Whales Project – a curtain of tens of thousands of paper whales created to raise awareness about the death toll from modern commercial whaling. We talk about that, too!

Here are three quick things you can do after listening:

Sentient Planet is an independent production created on the traditional land of the Nisqually Tribe in the Pacific Northwest, USA. Please consider supporting our work on Patreon. Thank you!