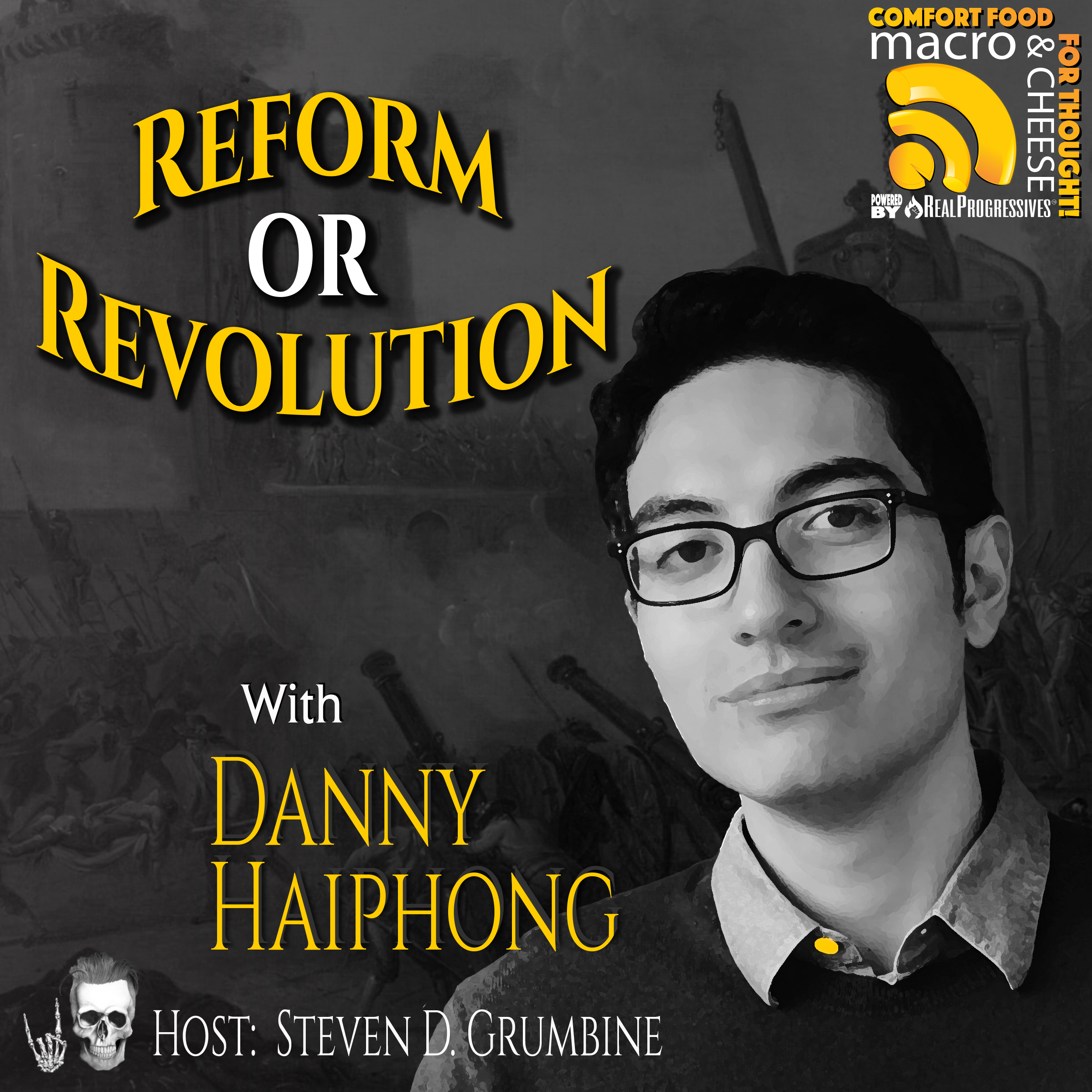 We at Macro N Cheese are big fans of Black Agenda Report because of their clear, no-bullshit analysis and their global perspective. This week’s guest does not disappoint. Danny Haiphong is a contributing editor of BAR, co-host of The Left Lens, and co-author of American Exceptionalism and American Innocence: A People's History of Fake News―From the Revolutionary War to the War on Terror.

Danny describes austerity as the assault on the rights and well-being of working people. It has been normalized and disconnected from the issues of xenophobia and white supremacy being peddled by both parties in a kind of faux competition between the elite over who is going to lead the charge for the empire at this given moment.

Steve and Danny spend much of the episode addressing the distinction between reform and revolution and the dangers inherent when the lines are blurred. While it’s becoming clear that electoral politics are inadequate for bringing the kind of revolutionary change we need, we can’t entirely dismiss them. Unfortunately much of the American left lacks a historical materialist analysis and holds the mistaken belief that time can be reversed.

And sometimes a disservice is really done, I think, when folks in the Sanders camp, for example, talk about the New Deal and FDR being the model, when at that time there were forces in that camp who were purging and attacking the left, socialists, communists in order to purify them from those ideological elements and in fact, save capitalism.

We ignore, at our peril, the massive struggles it took to achieve even minor reforms,
We neglect the historical context of the New Deal or the civil rights era and don’t consider the economic base of society. Many in the progressive movement believe we can repeat the New Deal in the 21st century without asking what was the development stage of capitalism then... and what is it now?

This episode goes into censorship, the media, and monopoly ownership. Is censorship ever warranted? Steve and Danny take a deep dive into political theory and practical possibilities given the reality of the American empire, global and domestic.

Danny Haiphong is a contributing editor to Black Agenda Report and co-host of The Left Lens. His work has been published widely elsewhere and maintains a blog at patreon.com/dannyhaiphong.

American Exceptionalism and American Innocence: A People's History of Fake News―From the Revolutionary War to the War on Terror