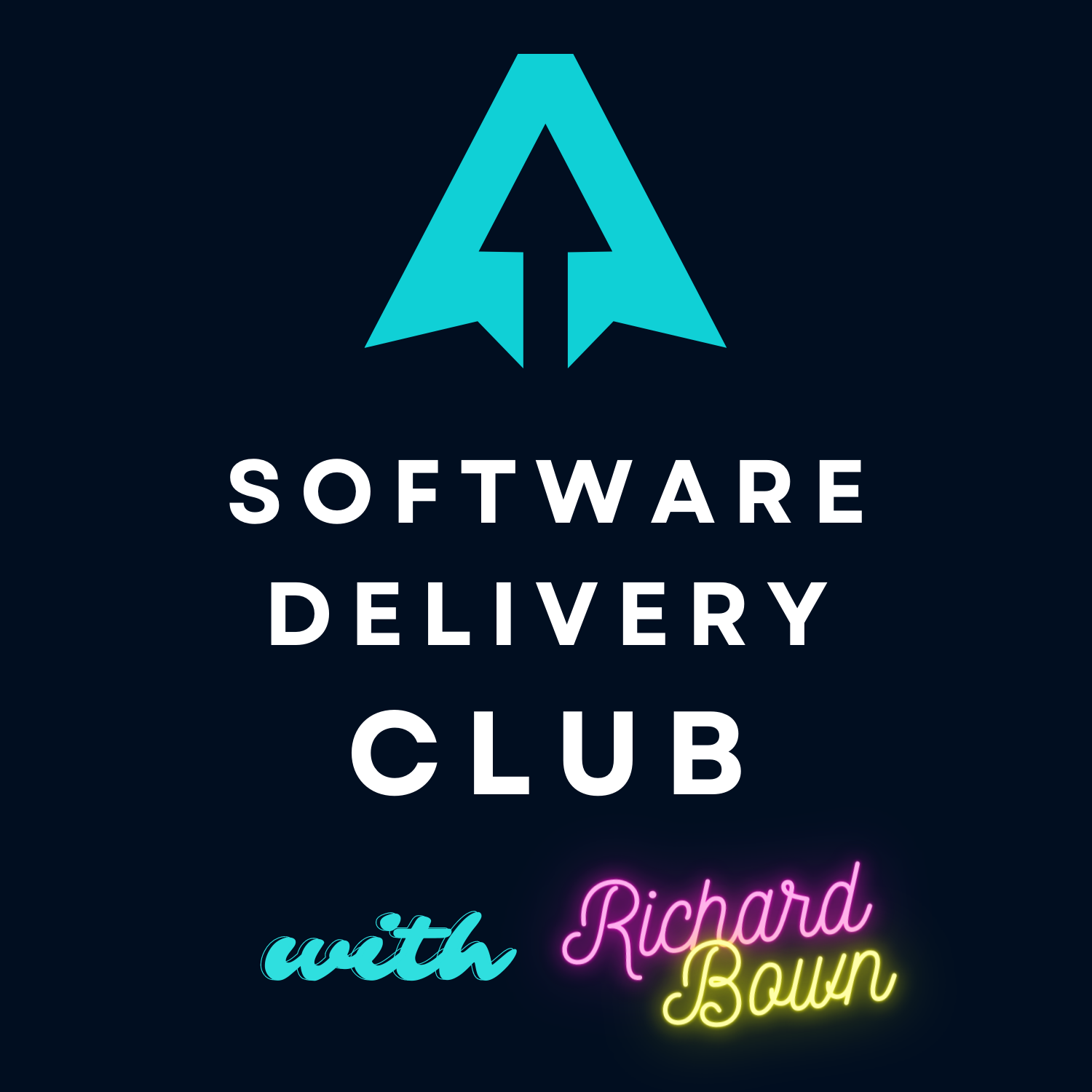 When you first get a taste for working in a company you think you can change the world.

Eventually you realise that the world is just fine and it's you that needs to change - and sometimes this can take a long time. When you have a business and you want it to move quickly, grow and adapt, what things can you do to make sure you're maximising your opportunity?

This week I talk about the past and the future and discuss how your systems could be holding you back or limiting your success. I also discuss the Systems Conversation as a way of making sure that keep agile, keep pushing the boundaries of what is possible rather than just settling or having to make do with continuous bad news.

This week I was mainly riffing on new ideas so no links to share except the books that have perhaps inspired me:

"Systems are there to help us but they can very quickly make our businesses less agile, less able to compete." [RB]

"So make sure you have a systems conversation regularly." [RB]

"Understand what is constraining you and your business as well as what could help you." [RB]

"Without realising regularly the opportunities that your systems can afford, you're not taking full advantage of your size or scale." [RB]

"Systems are there to help you leverage. So have that conversation, even if it must be with yourself and understand what changes you need to be more effective in your next sales conversation." [RB]

This is Richard Bown welcoming you to automation for the nation. Episode 10, a milestone double figures. Will I still be talking to you in 99? And thinking about episode 100? I really hope so. Because I'm feel I'm just starting to get into this subject. So this week, I'm talking about your systems as a sales opportunity, and the systems conversation. This week, I've been thinking very hard about my positioning, who I am and what do I offer you the listener. So far, I've got it to this. I'm a strategy consultant focusing on business systems. And my mission is to prove that anyone can automate, not everyone has to automate. But anyone should be able to understand the concept behind automation, we see a task that we're doing repetitively, we make it automatic, we save ourselves some work. Automation is therefore about freeing up time for ourselves so that we can do other stuff. It's about laziness, but it's also about realising potential and opportunity through our systems. I was originally going to call this episode goodbye to the old life, as I feel and I know that there was a change happening. Here's some background. When I left school as a team with four A levels, and a clear idea what I was going to study at university life seem pretty simple. I was on my own trajectory, leaving my hometown and life felt pretty good. I had escaped, I'd put some hard work in and got where I wanted to be regarding my education. I had landed a corporate sponsorship, which would pay me extra money during my time at university. And more importantly, it guaranteed me a job for for 10 weeks every summer and for at least six months after I graduated. So it was all good. So then I bundled all my goods into my little little car and headed off to university all full of promise of the future. When I was there, I met great friends, lifelong friends, I met my future wife, I had lots of fun, the education seemed a little bit less fun and a little bit more distant. And in the end, I scraped through with a degree in Electrical electronic engineering, knowing that in my heart, I was more of a software engineer than a hardware guy. After each academic year in the summers, I went to Basingstoke in the UK to work for Motorola land mobile product systems. I joined a cohort of fellow student engineers from many years at universities and different different stages of the university career and different courses from around the country. It was great opportunity to learn from them and how they had come to electronics as well as understanding what corporate life really was. I was really excited to receive my first pass badge and my photo and my name on it, I felt a thrill that I was creating stuff that people would buy. And that got me excited. The truth, though, became slowly a little bit more mundane. By the time I'd finished my six month placement following University, and written up my master's thesis on software migration. I was done with Motorola. And then with me, I really showed no aptitude for the electronics, which was the heart of the job. I had shown some aptitude for the computer systems migration though, and it helped with the developers workstation migration, we implemented a set of youlet Packard systems, which none of the engineers really liked, as they prefer their older systems. And this was very much an exercise then in a phased and subtle migration. Or put it another way this is happening, whether you like it or not just get used to it. And this project really became the mainstay of my career for the next 30 years. Breaking Bad news to people who didn't really want any change was the job of the management studio in some ways, but I'd found a niche. When I left Motorola, I had an exit interview with a guy whose job it was to support me through my tenure, I was young and cultural and probably pretty direct with my feedback. I felt that the engineering culture was so boring, so staid and conventional, that it was a long way short of what I expected. I'd also felt there was no room for creativity, no room for flair, and even know it room for enthusiasm. Even I left there a little dented, a little disappointed, a little bit jaded, but determined to find something better. I didn't really know what went into building and maintaining a corporation at that point, but I felt sure that it was something that could easily be fixed. It wasn't a systemic problem. My next job was not on networks. It was more interesting. I had customer interactions. I worked on systems management software for glass, fibre, multiplex and network. It was tangible. There was a product however, the pace of change was still slow. I was looking for more. I moved on quickly. Probably after a year and a half. I discovered financial services. I worked for the Financial Times in the information department. I worked for a data warehouse consultancy. At that point, I switched to contracting I worked in banks exchanges. I was working in the world famous city of London. It was around the millennium. The Millennium Bug came along I worked on that