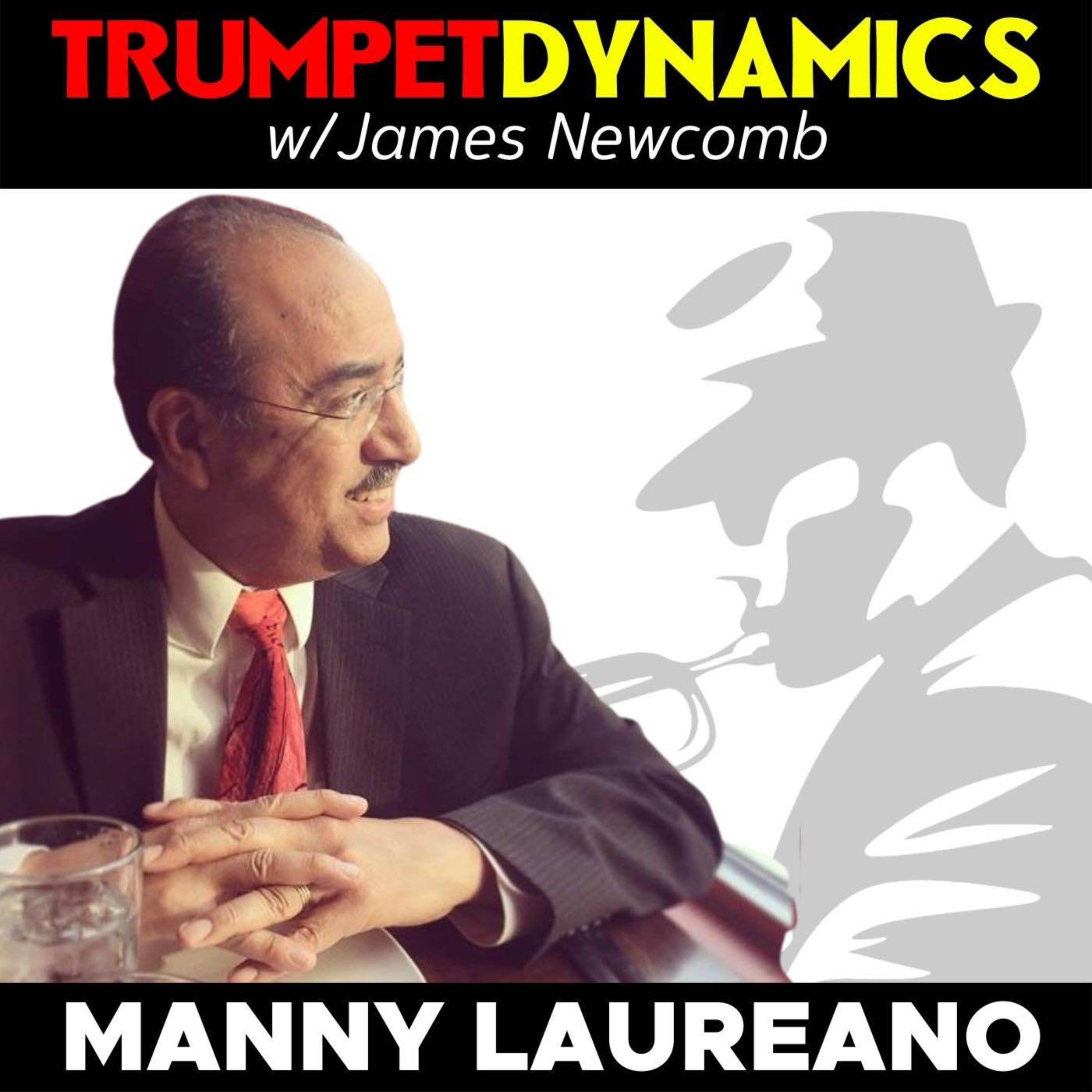 Manny Laureano Explains the Attributes of a Successful Musician, Why Too Many Orchestras are Playing It Safe, Advice for Creatives Getting Their Start in Today's Market and Much More!
Episode 22 • 8th November 2021 • Trumpet Dynamics • James Newcomb
00:00:00 01:08:11

Today is a really special episode. Not only because it's with a fantastic guest, Manny Laureano, but it was one of those rare occasions where I was able to record a podcast in person.That does not happen often.

Manny and I just dove deep into a lot of things. And anyone who knows Manny knows that he is just a very thought provoking, very well spoken, very articulate gentleman. And he did not disappoint in this interview. I'm just going to leave it at that.

Everybody knows Manny. Longtime principal trumpeter with the Minnesota Orchestra, and was also featured on a previous episode of this show which was a tribute to the great William Vacchiano.

So you get to hear the relaxing hypnotic wind chimes in the background, every now and then there might be a cool breeze, but that just made it all that more special and all the more enjoyable.

And I think you'll really enjoy this one.

-The attributes of a successful musician in any field...10:03

-Factors that determine which equipment one should use...18:14

-Why Manny believes way too many orchestras are "playing it safe" today...27:45

-Why the great Roger Voisin would be unemployed in today's audition circuit...35:21

-What a creative might do if they find themselves disillusioned with the state of the "creative arts"...44:00

-Using gimmicks tastefully to make the serious stuff palatable to the audience...51:23

-What enables and motivates Manny to continually improve at the craft...