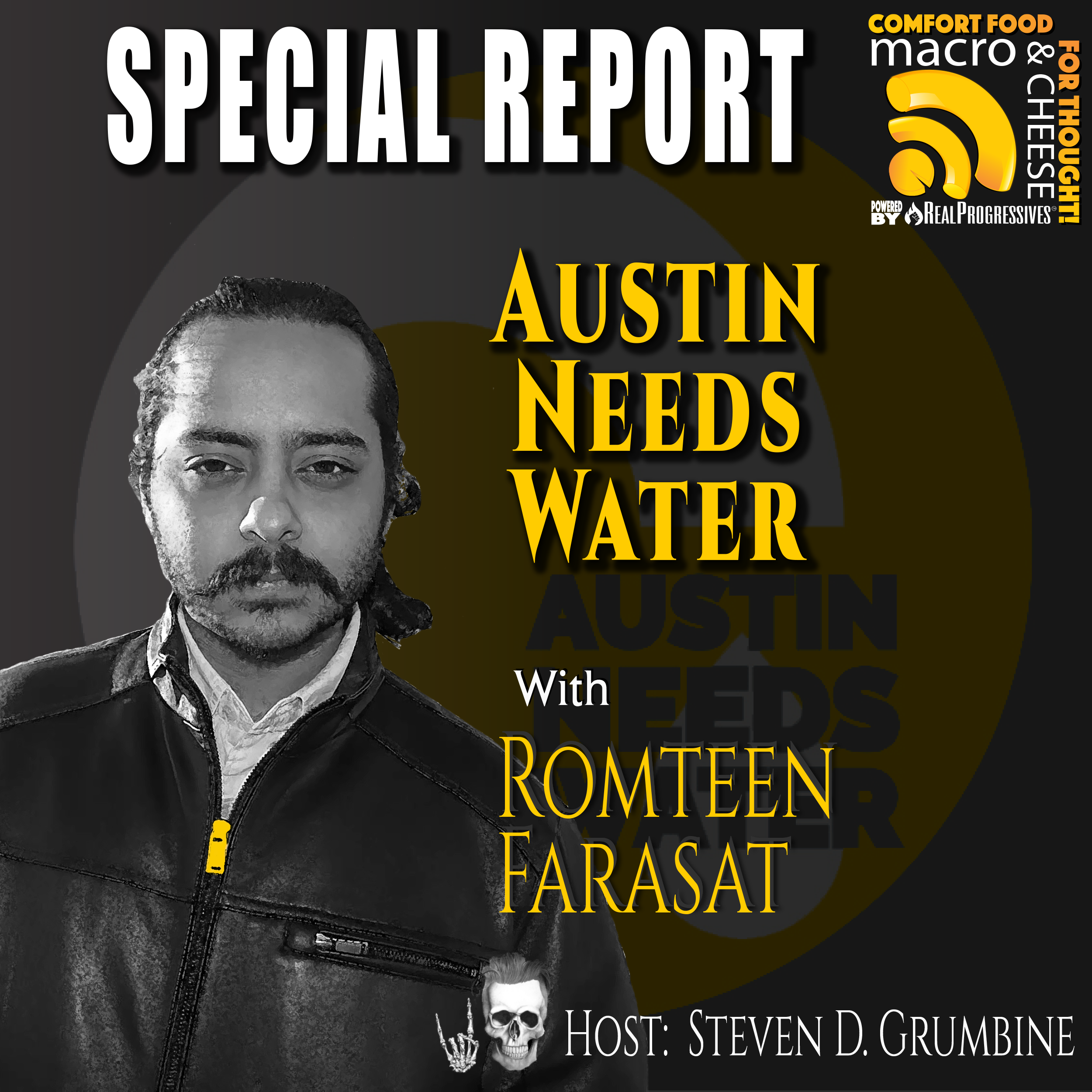 We all saw the news photos of Texas under a blanket of snow and ice. The freeze occurred the night of February 14th, yet two weeks later, people are still living without water. Public water has returned but private water lines are still off. They serve apartment buildings and housing complexes, so tens of thousands of residents are still going without.

When government fails to step up, the people step up. But the people have very limited resources. Romteen tells Steve the enormity of their needs and reminds us this is happening under a Biden presidency. Those who celebrated the ousting of the orange monster must now concede that candidate Biden was truthful in his campaign pledge that nothing will fundamentally change. Crises continue to engulf us, inaction remains the same.

The city of Austin doesn’t have the infrastructure to handle this disaster, but as MMTers we know that the US government has the money. Sending dollars is the easiest thing in the world, yet the residents haven‘t seen a single dime. Where is it?

Without a functioning government, it falls to us to care for our neighbors. Water, food, and monetary donations are needed, as well as volunteers on the ground.